The government says the National Party's Covid-19 business plan is economically illiterate, while others say it puts Māori, Pacific people and other vulnerable communities at risk. 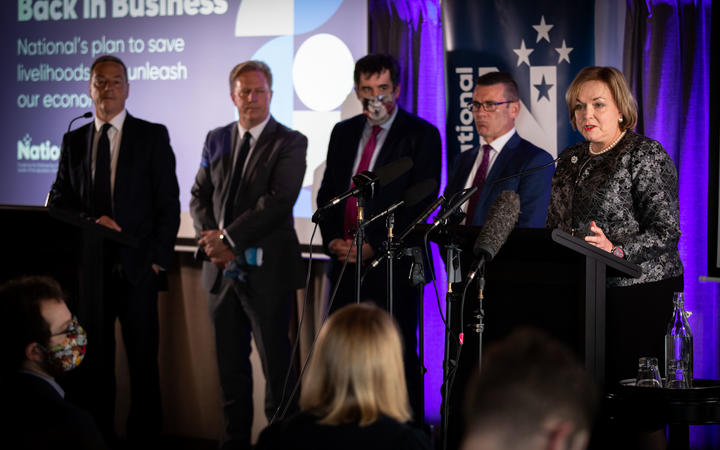 Leaders of the National Party at the Back in Business presser,, Photo: RNZ / Angus Dreaver

National this morning announced its "back in business" plan, proposing a series of moves it said would support struggling businesses.

Those include lowering restrictions for individual businesses and regions based on vaccination, introducing rental support, industry-specific support and tax cuts, all while committing to return to a 15 to 25 percent debt-to-GDP ratio.

Business NZ chief executive Kirk Hope was broadly supportive and said National's plan focused on more direct use of the business community in growing out of Covid-19.

"All of the suggestions have some merit and warrant consideration," Hope said. "We are seeing some industries really heavily impacted, and they need help ... certainly targeted support and compensation for losses would be really helpful." 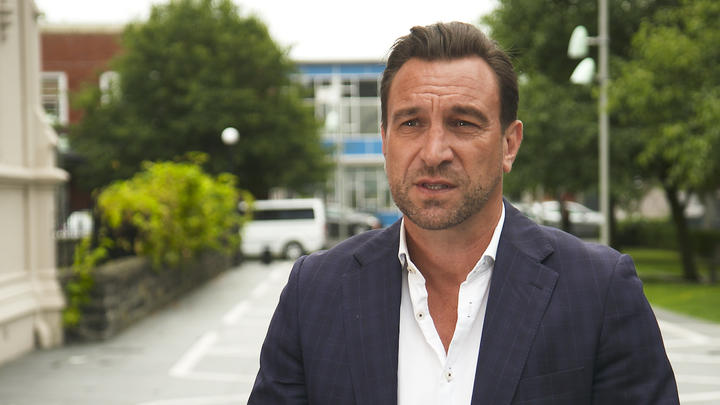 However, tax cuts now may not be well timed, he said.

"I think the government's borrowing hand over fist to be able to support the economy, we still have very low net debt-to-GDP ratio but we've still got to repay it and I think that's something that future generations are going to have to consider so maybe tax cuts not right now."

Finance Minister Grant Robertson went further, saying the plan did not add up.

"The plan that the National Party put forward today was economically illiterate. It claims somehow that you can increase spending, cut revenue and slash debt all at the same time.

"What National's plan would require is massive cuts to public services in return for $4 a week in tax cuts. There's never been a time in New Zealand's history when the government needed to step up more - to support New Zealanders through the pandemic; to invest in our health system; to support businesses and jobs - and a $4-a-week tax cut traded off for that just doesn't make sense. 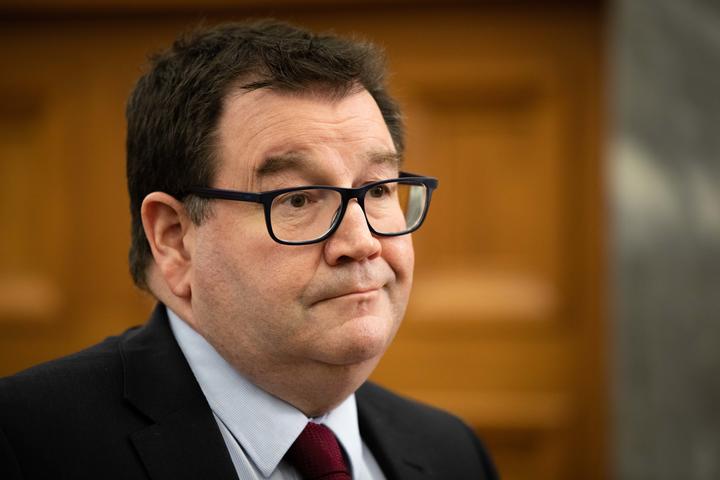 "Part of their plan today is to see debt go down to 25 percent of GDP. In order to do that by the end of the forecast period there'd be $80bn that they'd need to find somewhere. That's austerity. That would require massive cuts to public services."

National's Finance spokesperson Michael Woodhouse argued this could be achieved by cutting down on government spending from the Covid-19 Response and Recovery fund, which he said was being spent on government pet projects.

"While these costs are new costs, it pales in comparison to the avoided costst that we would have if we focused only on Covid response," Woodhouse said.

"It comes at a reasonable price, it depends really on the extent of the lockdowns ... it's about $3bn to $4bn which equates to about two weeks of lockdown.

"All of the funding that's been allocated is towards either direct Covid response or recovery initiatives such as job creation. I believe all of that spending has been useful to the Covid recovery or directly related to the response."

He also picked out some errors in the party's document, including a chart which showed an unemployment rate of 3.8 percent - the rate for men only - and an out-of-date rate for Māori. 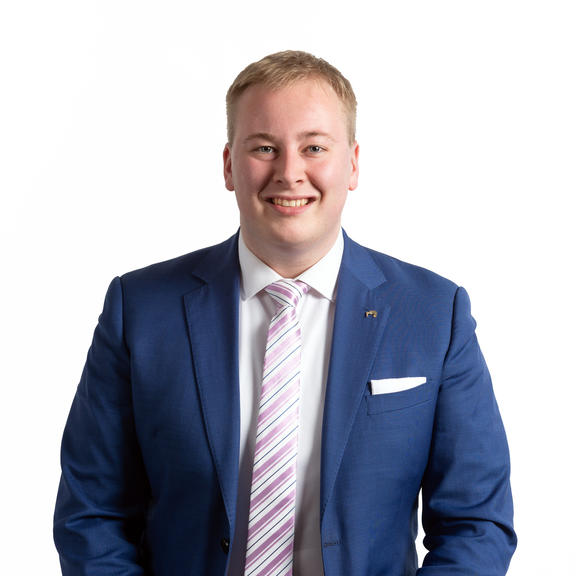 "They seem to be writing women out of employment statistics, they also used the wrong number for Māori unemployment as well. Sadly this is a bit of a reminder of the election campaign where some basic facts they got wrong."

He said the idea of a $100 voucher for the fully vaccinated to spend at hospitality or tourism businesses may be worth considering but was similar to a scheme trialled in the UK which was not very successful and led to increased Covid-19 rates.

Infometrics director and principal economist Brad Olsen backed incentives and support for the economy but was wary of focusing too much on debt reduction.

"Some of the cost that you've seen in this plan are an upfront cost that is quite high, but important if we can start to get those vaccination rates moving. If we can support those buseinsses thorugh to the end of essentially these higher alert level restrictions, we will be able to get more economic activity going so that higher upfront cost may well be worth it to try and get things moving faster.

"Less of a focus on debt I think probably needs to be coming through and it is going to be difficult to achieve those lower debt levels while also trying to increase spending."

Others criticised the lowering of restrictions without consideration of vaccination rates specific to Māori or Pacific people, and other vulnerable groups.

National's reopening plan released three weeks ago set a target of 85 to 90 percent vaccination across the total population, plus 70 percent across every DHB.

However, party leader Judith Collins today committed the party to a position of ending lockdowns on 1 December regardless of vaccination rates.

Covid-19 Modeller Professor Shaun Hendy said his data showed that even with 90 percent vaccination an abandonment in restrictions would result in 1500 deaths and 13,000 to 14,000 hospitalisations over the next year.

That would mean up to 900 people in New Zealand's hospitals at once.

"Realistically what that means is we probably have to spend a significant amount of time in alert level 2 or something similar to that to keep those numbers down. Our health system couldn't cope. 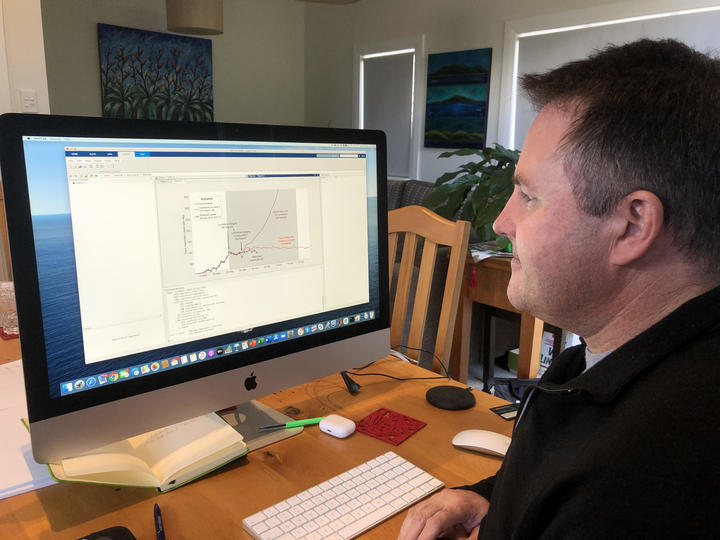 Although cases dropped down today from a pandemic-high of 94 new cases yesterday, Director-General of Health Ashley Bloomfield warned they were likely to continue rising.

Prof Hendy said that if restrictions were dropped while daily case numbers were still high, it would also overwhelm contact tracing and testing.

"If come December 1 we were still struggling to bring this current outbreak under control, then we really could see a collapse of those targeted public health measures to control things."

Prime Minister Jacinda Ardern said the government's position on the idea of reducing restrictions was clear, and argued the National party's was not.

"I see there's a range ... it's an 85 to 90 percent range, and then a date, so a bit hard to make an assessment based on which of those might end up being the case.

"At the moment we have enough movement across the country supplying essential goods and services that it does present risk and our job is to make sure that should we have a case we are in the best possible position to extinguish it so that we don't have far-reaching consequences."

"It's an absurd proposition, especially given that Judith Collins seems to think that she would just tell the virus it couldn't come into the country." 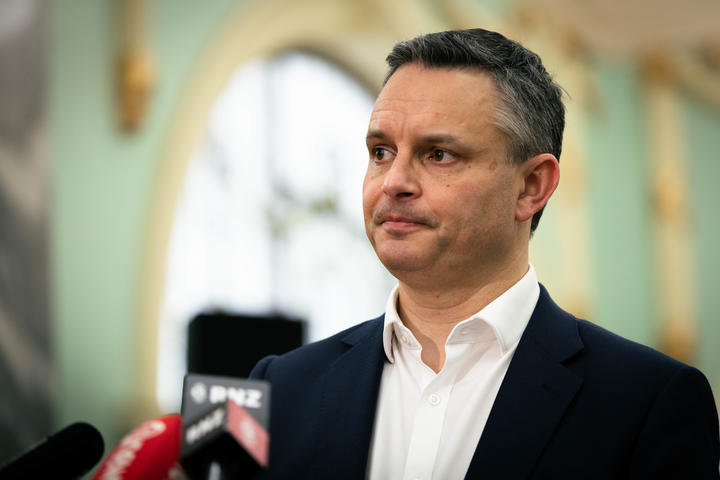 "If you look at the kind of unofficial right wing mantra of 'give me freedom or give me death' in this case they seem to be arguing for both. I would have to say that the National Party's constituency are amongst those least likely to be vulnerable to the effects of that transmission in the community.

"There are greater rates of underlying health conditions amongst Māori and Pasifika and they more often live in more crowded living conditions and so on so you actually see a higher potential for transmission than you might in sort of an averaged population group.

Greens Covid-19 Response spokesperson Julie Anne Genter said restrictions should not be lifted until a vaccination rate of 95 percent had been reached for Māori, Pacific people and other marginalised communities.

"The government needs to follow an elimination strategy at least until vaccination rates are high enough to protect Māori and Pasifika communities, and vaccines are approved and available for our tamariki ... and even at that point we need to make sure our health system can cope with a rise in cases."

"Leaving aside the fact that this is coming from the party that systematically underfunded the health service while in government, it is just not possible to build capacity that quickly. Let alone recruit or train new ICU nurses."

Woodhouse argued there was still time for Māori vaccinations to catch up. He said he did not accept the suggestion that opening up the country while Māori were still at lower vaccination rates would put Māori lives at risk. 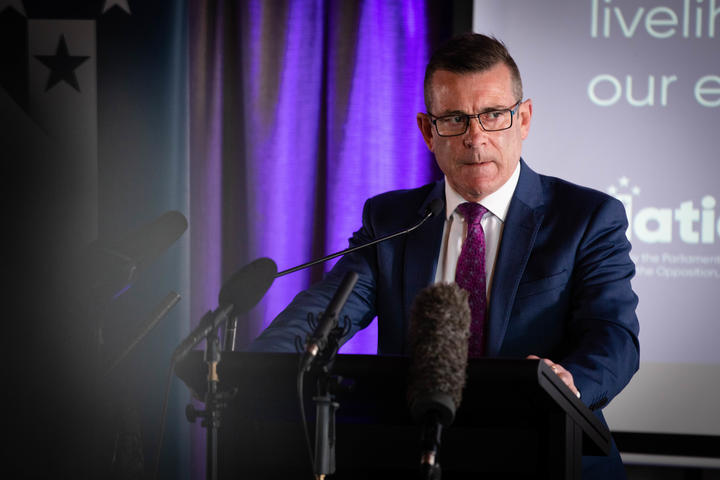 Auckland University professor Collin Tukuitonga said it was a very poor decision for the party to consider age in its vaccination targets but not ethnicity. Māori had been eight times more likely to die in the 1918 Spanish flu epidemic, he said.

"And nothing has changed. Māori still remain at high risk, so why would you just pick on age groups."

"I would push on with trying to vaccinate as many of our people who are most at risk as possible before even contemplating moving out of the restrictions. 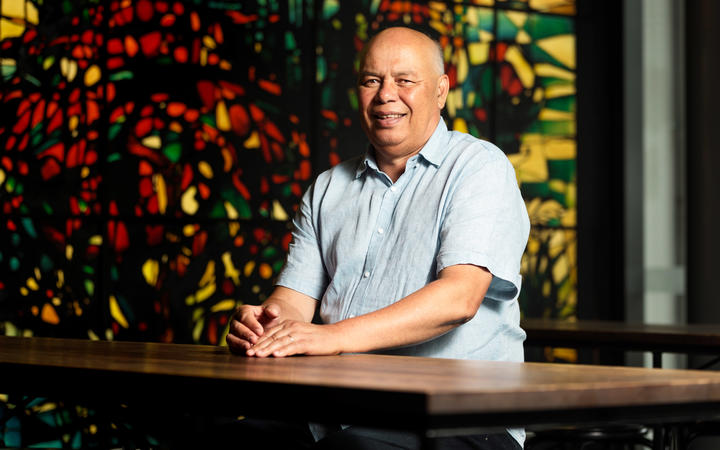