Businesses are calling for dining and entertainment vouchers to support the industries hard hit by Covid-19 lockdowns. 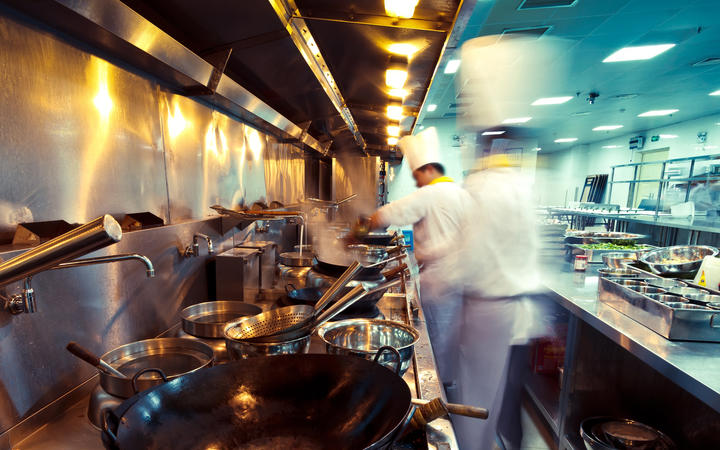 Vouchers to encourage people to dine out and spend money have been rolled out overseas in the UK and Australia.

In the state of New South Wales, the government has now given up to $150 to each resident to spend supporting local businesses.

And people in alert level 3 are overwhelmingly in favour of the idea here too.

Last month, First Up spoke to Stuff boss Sinead Boucher who gave each of her 900 staff a $100 bonus to spend supporting local businesses in lockdown.

On the streets of Auckland's Ponsonby, locals love the idea of the government stepping in to make it possible for everyone.

"I live in Devonport and I'm very much aware of the need to patronise local businesses. Yesterday we went down to a coffee shop in Devonport and didn't just buy coffees. We bought some samosas and we bought the paper there," one man said.

Another woman said she would like to see the government follow in the footsteps of NSW and give residents $150 each.

"It would get the economy moving again."

Last year the Restaurant Association launched a petition calling for government-funded dining vouchers of up to $20 per person for meals served at restaurants, cafes and bars.

Now there are renewed calls to consider the idea.

Chief executive Marisa Bidois has been leading the charge and has proposed an eight-point plan to the government which includes dining vouchers.

"We think that it's a really creative solution and that it benefits everyone, and boosts spending. The hospitality industry is resilient and can pull through we just need a little bit of help and our eight-point plan outlines ways that the government can assist us in getting the industry back on its feet."

Her voucher proposal would cost the government $300 million, which would work out to around $20-$25 for every New Zealand resident over the age of 18 to spend.

"There are different iterations or different approaches to the scheme. It could be a regional approach where we focus on one area of the country, for example, like Auckland, which has been extremely hard hit. It could be focused on different regions that need it most."

Bidois said hospitality businesses have been one of the worst hit industries and need targeted support.

According to the association's data for September, Auckland hospitality businesses experienced a 78 percent decline in revenue compared to last year, with the country as a whole down 56 percent.

"This is something we've seen work really well in the UK and in New South Wales and other parts of the world. At level 2 around the country we have seen people not heading out as much as we have in the past. We think this would encourage people to get out there a bit more and support the local hospitality business."

If you aren't in the mood for food, the proposed initiative could see the entertainment industry also receiving some help.

In NSW, residents have also been able to spend their money on entertainment services.

Director and co-owner of Escapade escape rooms Jane Lusk loves the idea and said it would bring people back into the CBD, which is struggling as most people continue to work from home.

"Obviously for everybody their first priority is safety for staff and guests, and sticking to the rules, but anything the government can do to get people supporting entertainment and the hospitality industry, I think to get back into the city and just to have people out having fun and spending money would be amazing.

"It's a nice little extra motivation for people to get out and about, but I also think the whole concept also helps to ensure that money is directed to those businesses that are really hurting"

Following last year's five-week long lockdown in March, they had their largest number of monthly bookings, and are hoping the same thing happens again, Lusk said.

"That's what people want to do. They want experiences, they want to reconnect with people, they want to use their minds. Escape rooms are a safe activity because you do it with the people that you choose to come along with and you're with them, you're not put with other people that you don't know.

"We do expect to be busy when we can open and I think it would just be nice to kick start that and give people a real reason to get out there and start coming to us."

Auckland's city centre has been particularly hard hit by lockdowns.

Heart of the City chief executive Viv Beck said she supports any initiative that will stimulate the local economy.

"It's really tough. I think the same sectors have been impacted again and again and again. And if I think about hospitality, they're up to something like sort of $345 million in lost spending since the beginning of last year and that's massive."

"We're very keen to see a very clear pathway forward and initiatives like this really show support and get people out and about."