Today marks the 25th anniversary of the first ever MMP election in New Zealand, the biggest change to the country's electoral system since women were given the right to vote more than a century ago. 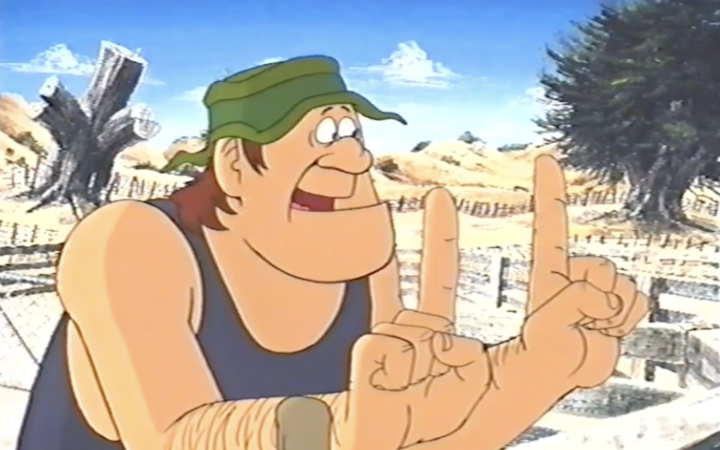 That's Wal of Footrot Flats fame in 1996, practising something New Zealanders were about to do for the first time - put two ticks on their ballot paper.

The cartoon's creator Murray Ball had been brought in by the Electoral Commission to help explain the newfangled system MMP - mixed-member proportional.

The change came after years of broken electoral promises and decades of growing frustration from voters that the First Past the Post system locked out smaller parties.

For example, the Social Credit party won more than 20-percent of the vote in 1981 - but only got two seats.

The new system meant that in 1996, after all the votes were cast, there was no clear winner.

A kingmaker was required.

"The end result was that Winston [Peters] kept the nation guessing for nine weeks while he flipped around the place and went fishing, and did all the smiley faces for the media and teased as all unmercifully, eventually announced that he would go into coalition with National."

The story of MMP is entwined with its most savvy exponent - Winston Peters.

He said it forces cross-party cooperation which makes the country stronger.

Peters said the media and the major parties have simply never really got MMP.

"I'll give an example, in the 2017 elections handover, we are starting negotiations with both National and Labour, and within three days I'm being accused of holding the country to ransom - and the final votes have not even been reported in.

"Now, Germany had an election in 2017 ... and they took almost five months to form a government.

Peters argues MMP ensures that only parties who can work up a collective majority of votes can form a government.

The criticism of MMP has always been that it allows the tail to wag the dog.

However, Bassett said Peters was a political force before MMP came in.

And he said MMP has also opened the way to some strong political players including the Green Party's Jeanette Fitzsimons and Rod Donald - who as a pro-MMP campaigner was instrumental in getting MMP over the line.

Alliance Party MP Liz Gordon entered Parliament in the class of 1996 last on its list.

She and Jim Anderton and left the Labour Party over its jag to the economic right, helping form the Alliance party.

She said the major parties have never liked MMP.

"It was a very difficult time, the two big parties were not keen to give up their authority.

"And actually that's one of the enduring lessons, minor parties [are] seen more as a nuisance then as partners I think."

She said it has helped move the country away from aggressive de-regulation, and improved representation and voters' choice.

And Parliament has become more diverse. In the 2020 election just under 50 percent of MPs elected - or 58 people - were women. Twenty-five are Māori, 11 Pacific and eight Asian among the 120 members.

And MMP looks like it's here to stay, it got the backing of the majority in 2011 referendum and wholesale change is not on the table in a recently launched sweeping review of the electoral laws.