The government's response to questions of privacy issues during monitoring of those involved in a self-isolation trial is "no-one's making them do it". 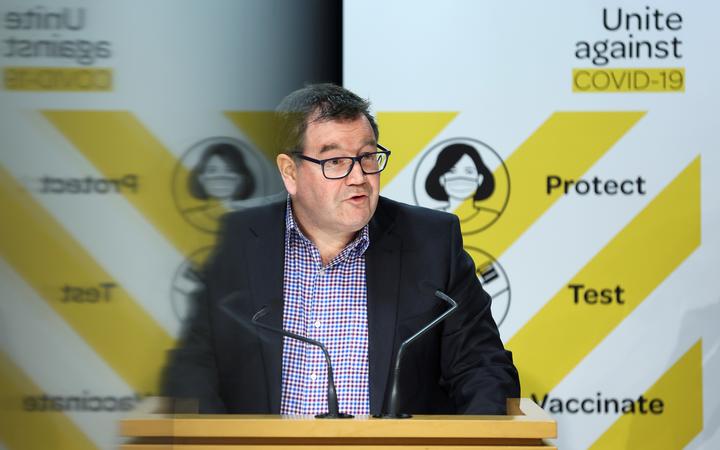 Yesterday, Prime Minister Jacinda Ardern announced the pilot that would allow those travelling overseas for business to forgo MIQ and isolate at home will be open for expressions of interest on Thursday.

The trial will be capped at 150 people and will focus on businesses and employees required to travel internationally for work purposes.

Those taking part must be New Zealand residents and those applying will need to arrive in New Zealand between 30 October and 8 December, with final travellers leaving isolation by 22 December.

It will be combined with a monitoring and testing regime.

He told Morning Report people were signing up voluntarily for the trial.

"No-one's making them do it and obviously the terms and conditions of the trial are part of signing up to it.

"This is something that people have been calling for. We want to do a pilot to test it, to understand it well, and ultimately make it part of an overall system where as our vaccination rates rise, we can have an alternative to MIQ."

Details about how the trial would be policed - and who would police it - would be announced on Wednesday, Robertson said.

"It is a pilot so we want to see how different people works in different sets of circumstances. Obviously there will be forms of monitoring. We want to use the technology that's available to us including cell phone technology in particular to do that and obviously the monitoring will take place through official government channels.

"The thing we want this to be is a real-time test so that we can understand how the systems work. We're going to be working with people that we've obviously fully vetted and with particular companies."

Yesterday, Covid-19 Response Minister Chris Hipkins said smartphone technology was being considered as a way of tracking people's movements when they are in self-isolation.

"Smartphone technology is probably the less threatening of that compared to other options like an ankle bracelet or something, but a smartphone that has GPS enabled might also have some form of facial recognition so you can be sure the person who is carrying the phone is the person who is supposed to be. Those are the technology options we'll work through."

Robertson said health checks would continue for those involved in the trial, but it would be a different situation to when people in managed isolation and quarantine were all in the same place.

"We are going to need to make greater use of technology to make this work ... over time, if we were to use this in a very widespread way it would involved people in a number of different district health boards and public health units and this is why we want to make use of the technology that's available to us to make that as efficient and as effective as possible, but we're very aware of the pressure that's on health staff right around New Zealand ... and we will be tailoring the pilot with that in mind."

The trial would be limited to "maximise both the value of it but minimise the pressure that's on different units".

"They will vet the plans that people put forward."

There would have to be a "certain level of trust" involved.

"It wouldn't work if there was no trust in the environment but there will be checks made ... we do want to set criteria, we want to be very clear about that and it is one of the restrictive elements of this that someone has to be prepared to wait 14 days and not have contact with others and have to be away, in particular, from family and other people and we will be working closely with those involved to make sure where they are living is appropriate for the trial."

Robertson said the government recognised that not everyone had the ability to isolate at home and they would be looking at solutions to accommodate that.

"Our goal long term is to see this as part of a mix of options for people coming back to New Zealand. Obviously the main option we are working towards is quarantine-free travel based on vaccination, pre-departure tests and so on ... the goal is definitely to take it beyond just a narrow group of businesspeople we will be working with this time."

Robertson expected the trial to be "slightly oversubscribed", but added the number of those whom it would work for would be affected but travel times aligning with the trial.

A ballot was not the first option for selecting those who took part.

FT Pharma chief executive Dr Hartley Atkinson told Morning Report the ability to travel overseas was important because while working "virtually" was practical to a point, eventually it "kind of doesn't".

"It's been over 18 months and we've seen the virtual side starting to wear thin. The rest of the world is opening up rapidly - Europe and the United States. People we're working with regularly are travelling between the US and Italy, for example.

"It gets to the point where you can't get the best results working virtually. It kind of has to be face-to-face."

Orion Health chief executive Ian McRae told Morning Report the self-isolation trial was important for business because the sector was "locked down" - essentially until 2022.

"The real issue here is that the rest of the world is opening up ... there are consequences ... by businesses struggling to get overseas."