Mayors around the country are lining up for a fight as the controversial Three Waters reforms approach another deadline. 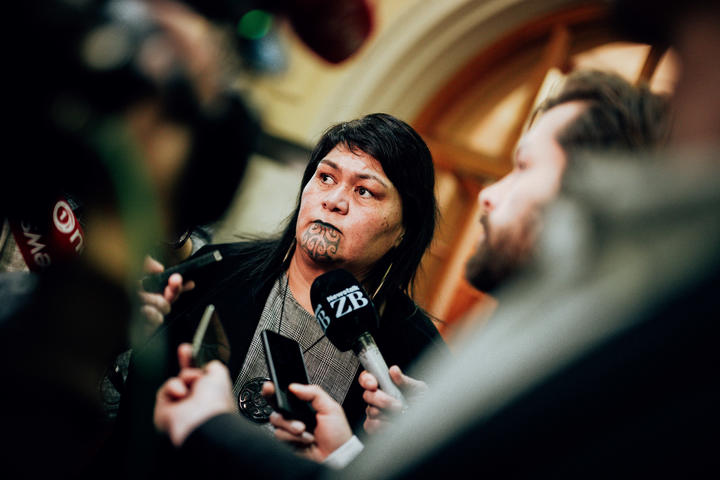 The eight-week consultation period for local government ends this week and at some point councils will have to opt in or out.

Ownership of local government water assets would be transferred to the four new entities - councils would collectively own the regional authority in their area.

The assets would be managed by the entities' boards - members would be appointed with input from the councils and include Māori representation.

But the opposition is substantial:

Mayor Phil Goff said some of the government's arguments in favour of the reforms didn't apply to the supercity.

"We think that you need to have scale in order to deliver effectively and efficiently and get the procurement advantages, but in that sense, the proposed reform doesn't affect Auckland or help Auckland that much, because we already have that scale."

"We can get all of the benefits of reform without giving away governance to ensure accountability and responsibility... I can never support something that creates an entity that will not be accountable through elected representatives to the community that it serves," he said.

Whangārei council was the first to opt out of the reforms, doing so even before the detail had been officially announced, and Mayor Sheryl Mai said after having commissioned reports on the topic they were still not persuaded joining the reforms would benefit ratepayers.

"I would say 99 percent of the feedback that we're receiving is that they support the fact that we have provisionally opted out ... and many of them have called for a referendum as other councils have done, or a survey."

The government offered incentives for councils to join the reforms, with $2.5 billion to ensure no council was left worse off, but Mai said it fell far short of the total value of the assets the council would be losing control of.

"In our case, because we have no debt against this asset class, there was a financial settlement aspect as well ... the total package I think came to around $133 million, which sounds like a lot of money, however the assets have a value of between $600m and $1.2 billion ... so, frankly, that's that's not sufficient for us to say that's a good deal when we're losing the control of the assets that our community has paid for and built up over many, many years."

Mayor Tim Cadogan said "about nine different points, if I recall, rightly, went back to the government either for clarification or to emphasise a weakness".

They wanted a guarantee the new entities would offer standardised pricing for services in different cities, and some kind of consumer protection model.

"Presently, if somebody has a complaint about their water they'll ring their mayor or their councillor, but if this process goes ahead ... who's going to be speaking for the consumer?"

District Mayor Ash Tanner said they were not opting in or out yet, but did not support the current proposal.

"If we go with the proposed 22-council model that they're talking about for entity B, I do not think little Matamata-Piako will end up having much of a say in what goes on and what gets invested."

He said the council did not have trust or confidence in the government's figures, and wanted "some credible facts and figures, something that adds up".

Mayor Alex Beijen believed all councils recognised the need for change, but that didn't mean the proposed reforms were the best way forward.

"I think the case for change is fine, I disagree with the government's model," he said. "None of us would would say that having an efficient water regulator is a bad thing ... so an efficient and effective regulator will drive change.

"With regards to governance, this is where I think our council and the public are struggling because we've only been given one option and that option is removal of ... locally held assets into a structure that is not necessarily fit for purpose."

"It's become clear to us that for a whole number of reasons the Hawke's Bay model is the one that we wish to pursue," she said.

Mayor Bruce Smith also says the government figures weighing costs and benefits "don't add up" and it's a problem when "virtually" every other council holds the same view.

Ratepayers have given the council the strong message to "opt out" - with familiar concerns about governance and asset ownership: "They feel that they've paid for the assets, and they're not giving them away to anyone for seven or eight cents in the dollar", he told RNZ.

There are pockets of support, including Nelson mayor Rachel Reese, who thinks it'll be better for ratepayers in the long run.

The reform model needed strong protections against privatisation but the reforms had probably been 20 years in the making and were needed for efficient, reliable, affordable water infrastructure, she said.

"The challenge with cost increases and climate change isn't going to go away," said Reese. "I think if the government was decided decide to put this on the too hard basket, it will be a lost opportunity."

"Our city, we are pretty well off actually when it comes to drinking water, we've got a really good treatment plant, we've got a reliable water source with our dam, but we've also got some quite old underground infrastructure.

"Over the next, you know ... 20 to 30 years there are some very very big costs coming for Nelsonians and when I see a proposal that would reduce the costs to the residents in our city, that will give them a more reliable supply, that would actually be able to pick up the opportunities around three waters innovation that we can't afford as a council, then that's a proposal that I have to give very serious consideration to."

National's spokesperson on the reforms, Chris Luxon, said Mahuta could yet force the councils into the reforms.

"On the one hand, the government's going down a deep centralisation path, and is very fixated on centralization and control ... on the other hand, you can't keep having hopelessly local, either, like we've been doing the 1970s. You kind of have to find a hybrid model."

A "braver" option would be stopping the process and considering alternative models, said Luxon.

"You've got some district councils today that go to a successful council like, say, Auckland, and ... contract with WaterCare to manage the water assets on their behalf and essentially outsource them.

"Then you've got some new thinking emerging, say from Hawke's Bay, where they want to create a ... council controlled organization, which working with like-minded neighbours, they volunteer to come together work together in the doing from a bottom up perspective ... they end up maintaining local control of the assets, but also get some of the efficiencies out of having one management structure."

He acknowledged there were massive infrastructure deficits across the country but said the solution needed to be developed by local government and local people, and the Hawke's Bay approach could be the best option.

Co-funding mechanisms were another possibility that had been used overseas and in the past that could also come in handy.

Feedback would be taken on board - minister

Mahuta said after consultation with the councils ends on 1 October she would be presenting advice to Cabinet about the next steps.

Some councils did not fully understand the detail of the modelling and were struggling with misinformation about the reforms, she said.

"It's a difficult decision for councils. Many of them think, for example, that they'll be losing the connection to their assets. They will not. So there is some misinformation amongst councils around really not understanding the significance of the issue that they're confronted with, but also the detail of the information and the modelling that we've commissioned around the benefits of reform."

Asked about the possibility of mandating the councils' inclusion, she said it was a matter of working with the sector on the "best pathway forward".

"A few councils have taken an early position based on what they believe is not in their best interests, but I maintain that these reforms are about New Zealand-wide interests with council-specific opportunities and benefits back to ratepayers."