By Eddie Clark of

Given all parliamentary parties have said they oppose conversion practices being performed on LGBTQ+ people, you could be forgiven for wondering why the first reading of the Conversion Practices Prohibition Legislation Bill last week didn't pass unanimously. 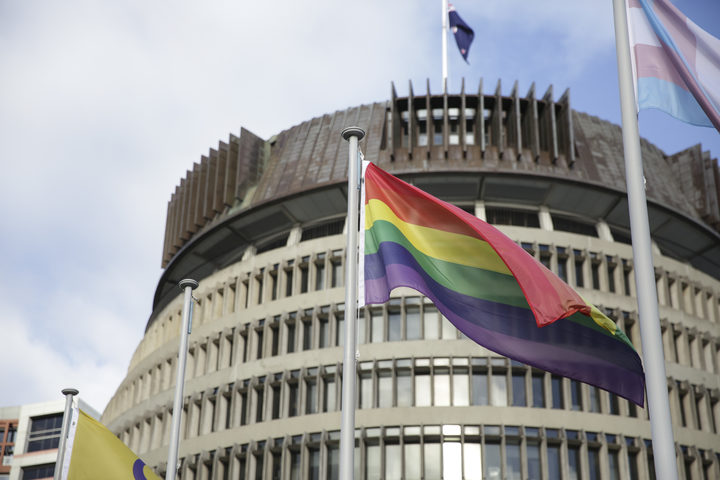 In the end, the bill passed comfortably, 87-33, but the National Party has sown doubt by voting against it due to the alleged risk of criminalising parents "for trying to advise their 12-year-old child not to take puberty blockers".

ACT voted for the bill to proceed to select committee but voiced similar concerns, and also argued it would unduly restrict the ability of religious people to express and engage with their beliefs.

While there are some other aspects of the bill that might assuage these concerns, whether or not these are realistic fears ultimately comes down to the bill's definition of "conversion practice". The core of the definition is contained in section 5(1), which says:

In this Act, conversion practice means any practice that -

(a) is directed towards an individual because of the individual's sexual orientation, gender identity, or gender expression; and

(b) is performed with the intention of changing or suppressing the individual's sexual orientation, gender identity, or gender expression.

The definitions are clear

Right off the bat, you can see that to count as a conversion practice there must be a practice. This word by itself strongly suggests a course of conduct or action is required.

Moreover, it must be "directed towards an individual" - again suggesting a passive failure to do something (such as not seeking affirming health care for a trans child) would not be caught by the law because it is not directed at a person.

The practice must also be intended to change or suppress the individual's sexual orientation, gender identity or gender expression.

It is difficult to see how merely advising their child against a particular healthcare option could be seen as suppressing their gender identity or expression.

Section 5 explicitly draws on Australian legislation that also supports the idea that this sort of parental reluctance would not be caught by the bill. One of these Australian laws, a 2020 amendment to Queensland's Public Health Act, gives examples of what conversion practices include:

- Using shame or coercion to give the person an aversion to same-sex attractions or to encourage gender-conforming behaviour.

- Using other techniques on the person encouraging the person to believe being lesbian, gay, bisexual, transgender or intersex is a defect or disorder.

These are clearly ongoing courses of action directed at making a person associate pain and shame with their sexual or gender identity.

Why parents are covered

It is not unreasonable to see the examples in the Queensland act - which directly influenced the drafting of New Zealand's bill - as further evidence that family discussions about appropriate health care (even if it involves parents not immediately seeking out the health care their child wants) simply aren't matters the bill is concerned with.

It is, however, appropriate that the bill covers parents who do take an active course of action to suppress or change their child's identity.

The sad fact is that, in almost all cases, if a child is subjected to conversion practices it is because their parents have sent them there. A general exclusion for parents would defeat the purpose of the bill.

That said, section 5(2) does explicitly exclude some types of conduct from the definition of conversion practice. These include helping a person express their gender identity or transition to a different gender, facilitating a person's coping skills or identity exploration, and providing acceptance, support or understanding of an individual.

There are also medical and religious exclusions. The former is written slightly oddly, but functionally means that regulated medical professions - including doctors, nurses, psychologists and psychotherapists - can provide advice and support for LGBTQ+ people within the normal ethical practice of their profession without risking being caught by the bill.

The professions covered by this carve-out do not include counsellors, although the Association of Counsellors unequivocally considers conversion practices to be unethical.

The religious exclusion is not a general exemption for all conduct based on religious beliefs. That would defeat the purpose of the bill, because many conversion practices are indeed religious.

What it does do is state that merely expressing religious principles or beliefs to an individual without any intention to change or suppress their identity will not be caught by the bill. General religious discussion or preaching, even if it could be seen as homophobic, is not a conversion practice.

What this means is that if a priest, for example, said to an LGBTQ+ person, "It's a sin to be gay, you're a sinner", this would not be caught by the bill. If, however, they added, "I can help change you, or make you put that part of yourself in a little box you never think about", and offered "therapy" from a religious standpoint, it would be.

What is targeted is the practice, not the beliefs that motivate it. Given this explicit exclusion, ACT's concerns about the effect on general freedom of religion seem overblown.

Definitions no reason to oppose the bill

The fears raised about the effect on families struggling to deal with a child's gender identity are not borne out by the actual text of the bill.

On their own, awkward or emotional discussions, or a failure to actively seek out affirming health care, cannot reach the required threshold of active, deliberate conduct.

If even more clarity is required, perhaps the wording of the definition could be changed to "actively suppressing", making it (even more) crystal clear that passive failure to act cannot be caught. That is a very minor tweak, however, and could easily be made at the select committee.

It is certainly no reason to vote against ending a practice that every party in parliament agrees is cruel and unnecessary.