Parliament ended its week with the first reading debate on the Conversion Practices Prohibition Legislation Bill.

The bill would ban and punish attempts to alter the sexual orientation, or gender identity or expression of someone under 18 and would also punish anyone doing so and causing 'serious harm' to older people, regardless of consent. 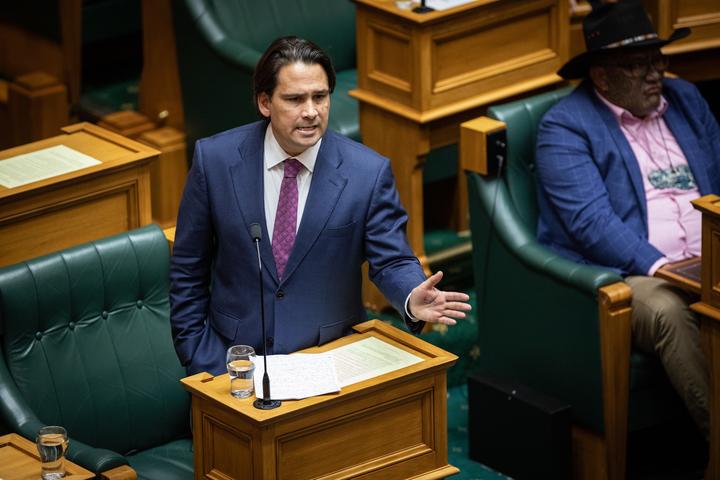 This article will give a taste of the debate, outline party positions, and talk about the purpose of a first reading debate - which is what this was - and how this stage fits within the overall structure of how a bill passes through Parliament.

The reason for that third topic is a National Party debating point that confused many.

“National supports the core intention of this thought. People should be free to be who they want to be and to love who they want to love. There is one major sticking point, however, which means that although we want to be supportive, we are opposing this law until it is amended," Simon Bridges said.

His sticking point was that “good parenting will be criminalised, facing up to five years… imprisonment for being parents to children under 18...Parents should be allowed to be parents and to explore sexuality and gender with their children. But under this law, if a mum tells her 12-year-old son or daughter, ‘Taihoa, before you go on puberty blockers or other hormone treatment, wait till you're 18,’ that mum will be breaking the law. National believes there must be an exemption for parents". 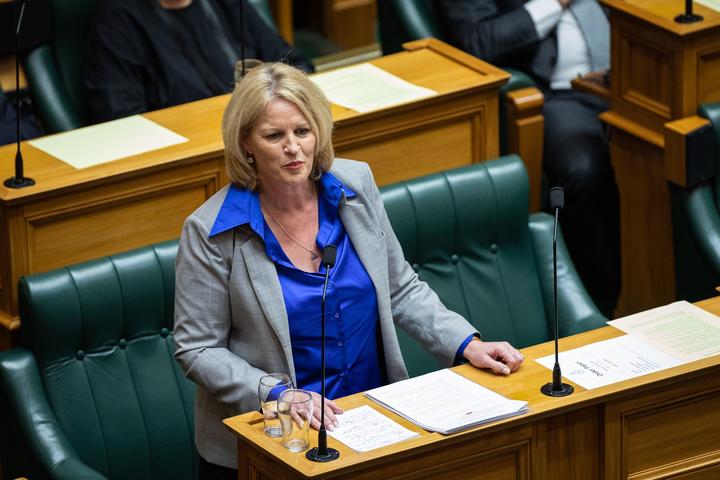 He wasn’t alone, Louise Upston had this to say: “I want to make it very clear that the National Party wants to support the bill but the issue that was raised and that the Minister has not been able to answer is the question of the prosecution of parents... so the reality is for the National Party we absolutely support the intent of it but to be responsible parliamentarians we must look at: what does the bill actually say and do?”

And Barbara Kuriger said: “...we do not support conversion therapy, but we're not in a place yet where we can support this piece of legislation. We want to. We want you to help us. I know there have been lots of people on the opposite side of the House today who have genuinely been shaking their head and saying it's not going to affect parents.”

Meanwhile, Chris Penk said: “National speakers have already stated, I think, pretty clearly that we support the core, original intent of the bill—namely, that practices that are unwanted or coercive in their nature and, particularly, with an element of physicality are not practices that we support. Therefore, in terms of the bill, if the issues that we've raised so far—and which I just want to detail a bit further in this contribution—can be addressed, then we'll be pleased to be in a position where we'll be able to support the bill.”

It wasn't clear what kind of exemption the National MPs wanted parents to have. Whether parents should be able to freely perform or allow conversion practices on their children, or to prevent medical interventions, or something else. Disagreeing with or disapproving of a child's gender expression, identity or sexual orientation already appears to be covered in the legislation.

The purpose of a first reading debate

Obviously a political party can vote how it wants and can give any reason it likes for doing so, but this particular debating point jars with the normally understood purpose of a first debate and so provides The House with an excuse to outline the various purposes of the different debates and stages of a bill. 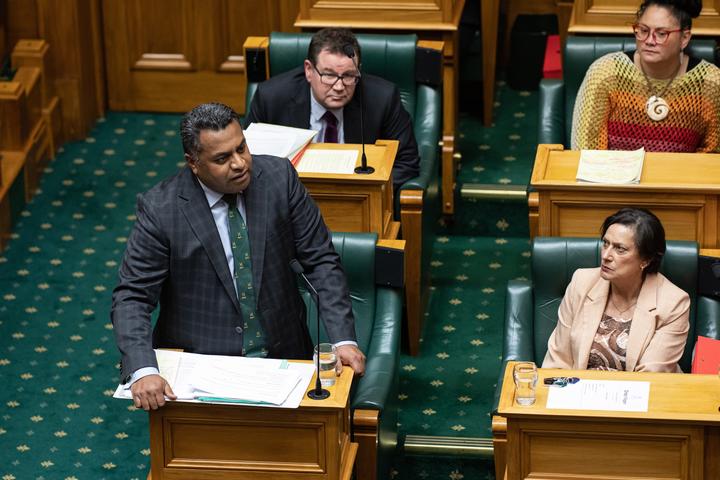 Bills go through five stages of consideration in the House of Representatives before a final vote. Three of those stages are ‘readings debates’. Two are committees.

Each stage has a different purpose and so the debate or discussion in each stage is meant to be slightly different.

If you boil it down, MPs are considering pretty simple questions each time:

Typically, if a party likes the intent of a bill but not the details they vote for the first reading and then try to amend it to something more acceptable at Select Committee. If they still don't like it, then they might rethink their vote or try again at the Committee Stage.

Ultimately if a bill's details don't move to satisfy them, they can vote against it at the third and final reading. That's the reading that has a real world impact.

The reason National MPs were giving for their vote against the first reading would make perfect sense in a second reading or third reading debate. As a first reading position it was unusual. 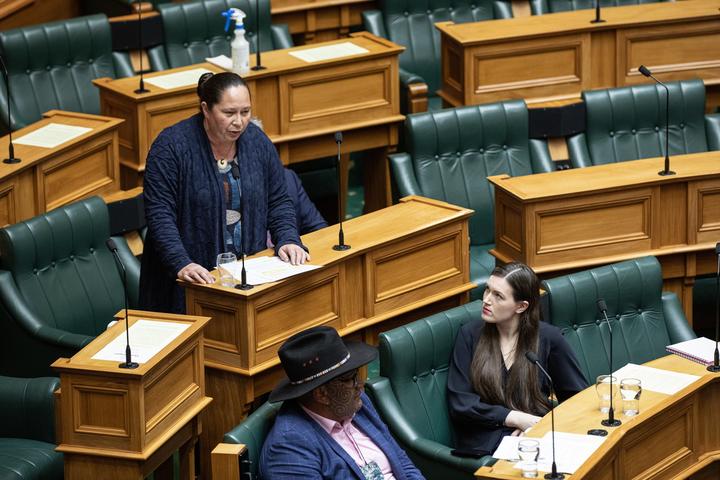 Nicole McKee, speaking for the ACT party, gave a speech that you might expect from MPs who like the intent but want to see some changes.

“So, on the face of it, and with what we believe to be an understanding of the intent of the bill, we want to support this, and we will do so through the first reading. You see, one of the ACT Party's first principles is that all people should be owners of their own lives, that people must be free to act according to their own judgments, so long as they accept and respect the like freedom of others.

“...However, we do have some major concerns about some of the clauses in this bill, and unless we can get some clarity around raised issues at the select committee, we simply could not continue to support it.

“We have concerns around the effect the bill may have on families, and the discussions that would often occur in the home when a young family member initiates or raises the topic of their sexuality, identity, or gender choice. Could a parent's initial reaction, when not physically harmful, actually cause the parent to be prosecuted if they're not supportive of the child?” 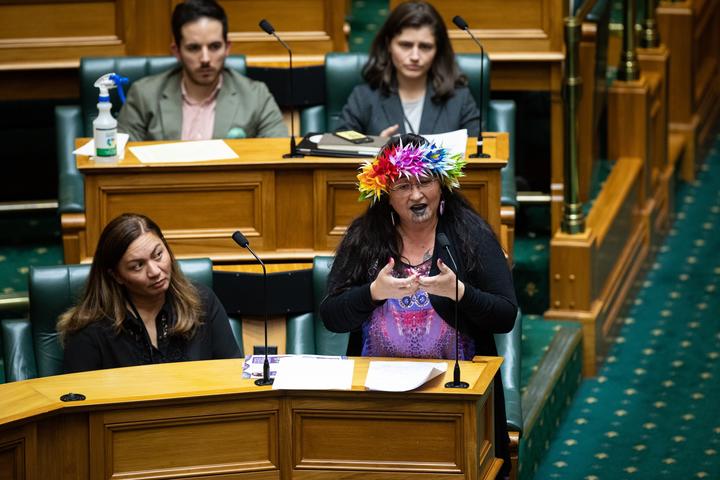 "The real issue around conversion therapies is (a) it's not good to tell someone that who they are is wrong, ever, in any context. What it does, though, is it takes something else that is a part of someone, their commitment to their religion, their spirituality, the way they experience that, and uses that against another part of themselves. That is the thing that our mental health system currently is nowhere close to being set up to help resolve."

“I strongly believe that banning conversion therapy is a necessary step to addressing the larger issue of the dire state of our mental health system in Aotearoa. We know that young Māori takatāpui are one of the most at-risk groups of mental illness, self-harm, and suicide.

"Many of our mental health services are rooted in harmful colonial values that hurt our people, especially our takatāpui whānau. We oppose all of these backward colonial practices and ideas and laws and practices which cause our whānau to feel shame and guilt for being who they are.”

This is a Labour bill so evidently they support it. Within that, Labour’s position is possibly shown by the bill's title which avoids the common descriptor ‘conversion therapy’. Labour’s Ayesha Verrall gave an explanation for that choice during the debate.

“Conversion therapy is a sick and bizarre practice, and what is unbelievable is that these practices are called "therapy". What a misappropriation of the word "therapy"! It causes hurt, not healing. To believe conversion therapy is therapy you have to believe that being gay, lesbian, bisexual, or transgender is a disease; that it is something wrong in need of fixing.” 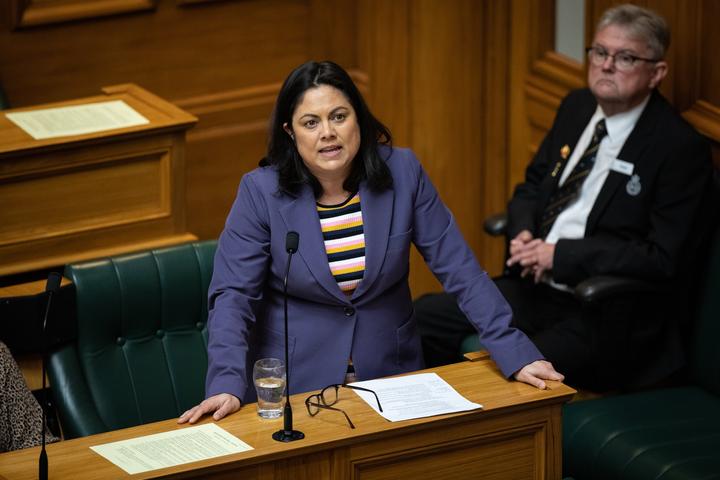 And Shanan Halbert, the chair of Labour’s Rainbow Caucus said:

“These practices have no science, evidence, or medicine. Our rainbow communities do not need or want to be healed. We want to be respected, we want to be valued, and, most of all, we want to be loved for the people that we are.

“I accept that some people hold a different view to me and may not support this bill even through the first reading. I hope that in time, all New Zealanders of Aotearoa will come to an acceptance of each other, and not opt for the status quo. But this bill will not stop New Zealanders from expressing their opinions. The right to free speech is not impinged upon by this legislation.” 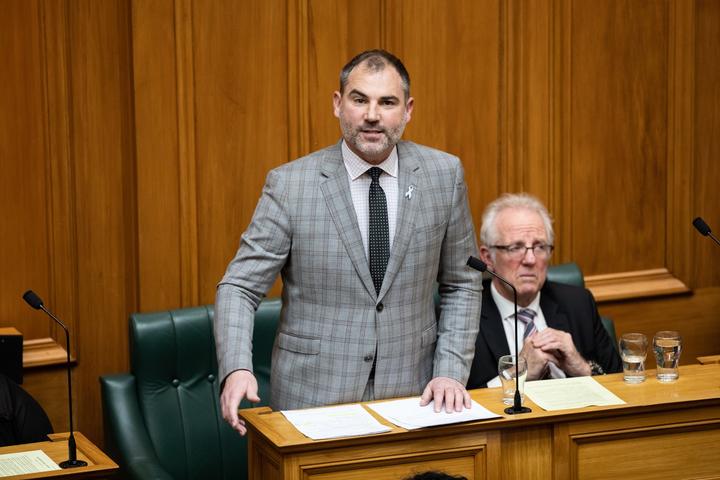 Glen Bennett came from the perspective of someone both takatāpui and of faith.

"I also want to say thank you to the Salvation Army for coming out strongly in support of this piece of legislation. Like I said earlier, as a nine year old, my church led a petition to stop the passing of homosexual law reform, a church that aligned themselves with MPs from this House who told my whānau, who told us to 'go back to the gutters, to go back to the sewers where you belong'.

"And I'm grateful today that I am connected to a church that came out last week and said this: 'Christians are called to be like God and therefore to be living examples of his love in action in this world. Conversion practices, which have been shown to be both ineffective and deeply harmful, are the antithesis of this. And then it goes on to say, 'We are told [in the Scriptures] to 'Accept one another … just as Christ accepted [us] … and to be 'sympathetic, love one another, [to] be compassionate, [to be] humble'  That is what my God says and I am proud to follow them."

The language of the bill

The bill itself is pretty short, and it’s well worth a read if you’re thinking you’d like to make a submission on the bill to the Justice Select Committee.

There was concern from National and ACT that conversations with children about gender or orientation (presumably where parents express disapproval) might be criminalised. National want an exemption for parents - they didn't say exactly what extent of exemption.

The current version of the bill does already include a number of exemptions including - that conversion practice does not include:

“5(2)(d) providing acceptance, support, or understanding of an individual; or

(f) the expression only of a religious principle or belief made to an individual that is not intended to change or suppress the individual’s sexual orientation, gender identity, or gender expression.” 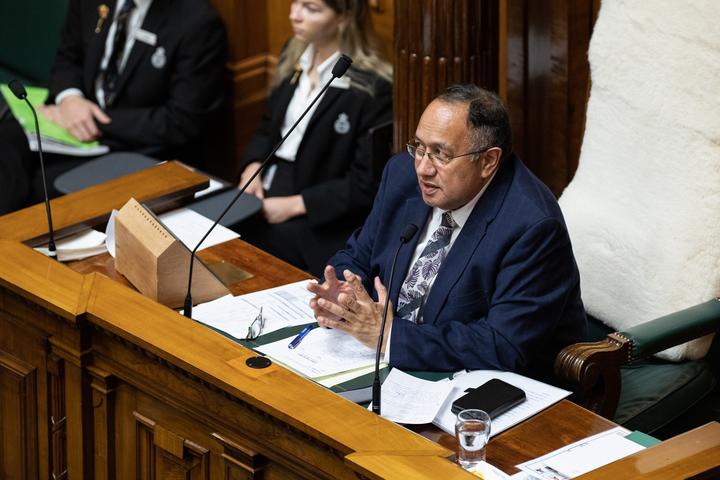 Deputy Speaker Adrian Rurawhe asks the large crowd of spectators in the galleries not to applaud quite so often. Photo: VNP / Phil Smith

National also outlined concerns about parents wanting to prevent children from taking hormone blockers. This doesn't appear to be explicitly dealt with by the bill but it does include these exemptions:

“5(2)(a) a health service provided by a health practitioner in accordance with the practitioner’s scope of practice; or

(b) assisting an individual who is undergoing, or considering undergoing, a gender transition; or

(c) assisting an individual to express their gender identity; or..."

Under the bill’s definitions:

Serious harm is defined as “any physical, psychological, or emotional harm that seriously and detrimentally affects the health, safety, or welfare of the individual.”

It’s also worthy of note that the bills says that:

Outcomes and next steps

The final vote on a first reading was 87 in favour (that was Labour, Green, ACT and Te Paati Maori), and 33 opposed (that was National).

And yes, the parties voted as blocs. Despite the issue and the way that it would intersect with at least some people’s religious beliefs no MP asked the Speaker to make it a conscience issue. That wasn’t an oversight, he even prompted them to do so if they wished.

The Justice Select Committee will be seeking submissions on this bill presently.

The Bill itself is available here.