The Green Party has berated the National Party for what it is calling a lack of courage and hypocrisy over its actions on conversion therapy and the use of te reo. 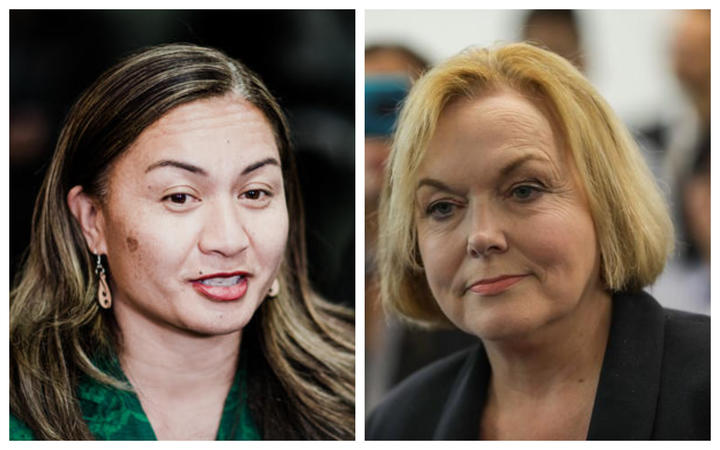 Both parties have held their annual general meetings this weekend.

National's leader Judith Collins gave a speech to members that listed recognising the Treaty of Waitangi as one of the party's values.

Greens' co-leader Marama Davidson described this as a "hypocritical laugh."

Davidson's comments are referring to Collins' backing of suggestions from National MP Stuart Smith that the country should have a referendum on the use of Aotearoa in the public sector.

Both Davidson and fellow co-leader James Shaw also accused National MPs of lacking courage over the bill that would ban conversion therapy.

National was the only party to vote against the first reading of the bill in Parliament, despite having previously said they want to ban the practice.

Party members said the reason behind voting down the bill was about concerns for parents' rights and if changes are made they will vote for the bill.

Shaw was highly sceptical of that stance.

"They should have just had the courage of their convictions, because it is so transparent that they are not united on this.

"Why they didn't just have a conscience vote and let their MPs vote whatever way they wanted, instead of having this veneer of process over the top of it that everyone can see through," he said.

He said it speaks to the current state of the party.

Davidson also had strong words for the Opposition, calling it a "despicable approach to politics".

"Not only did they not look unified, they looked like they didn't have any moral compass or any convictions," she said.

Yesterday at the AGM Davidson also used her speech to take aim at National over the criticism of her for accepting a meeting invitation from the Waikato Mongrel Mob.

She said that she met with women associated with gangs and she will "never apologise for going where the solutions are".

"I am proud that as a Green minister I can do what is right and not just what is popular," she said.

She also berated the National Party for "deliberately ignoring the systemic causes of crime and violence".

"The ghost of Don Brash is haunting the National Party.

"It is lazy and dangerous politics we are seeing from the Opposition."

The National Party leader hit back at the criticism.

"They should be more worried about me rather than Don Brash," Collins said.

"I think it's very important that the Green Party just gets themselves a bit more modern, and I understand James Shaw was able to fight off a challenger, good on James, who knew he had the fight in him?"