Former Speaker and Cabinet minister David Carter says he has "zero confidence" in re-elected National Party President, Peter Goodfellow, after abruptly resigning from the board. 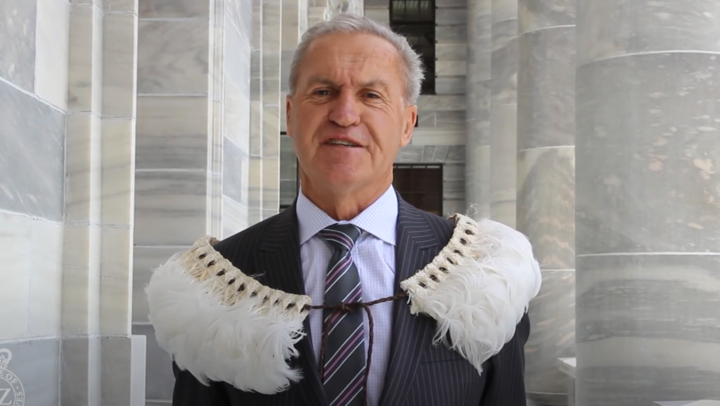 Carter contested the presidency at this weekend's annual conference in Auckland but was beaten by Goodfellow, who's held the position since 2009.

Goodfellow had been under pressure over the 2020 election loss and his handling of candidate selections, including Jake Bezzant in Upper Harbour, whom the leader described as a "fantasist and possibly sociopath".

Carter was elected to the board last last year and resigned in protest today when Goodfellow was declared president, telling RNZ it would have been hypocritical for him to stay on.

"When we did a substantial review after the devastating defeat at the last election, two things were evident in that review," he said.

"One was the dysfunction of the governance of the party and a lack of money to run a suitable campaign. Neither of those things change whilst Mr Goodfellow remains president of the New Zealand National Party."

Carter denied speaking out of sour grapes and said he had plenty to be getting on with, but didn't see the point of "wasting his time on a board" when he didn't have confidence in the chairman.

He headed straight to the airport after the vote and said he'd been inundated with messages from the membership.

"Even while I flew back to Christchurch, I cleared about 40 or 50 texts from people who are currently sitting in that conference, unhappy with the decision that was made this morning."

Carter doesn't believe National can "revive its chances" while Goodfellow remains at the helm. He repeatedly refused to make any comment on the leadership of Judith Collins, saying that was a matter for the caucus.

After his re-election Goodfellow told members he would work with leader Judith Collins and caucus to ensure election victory in 2023. 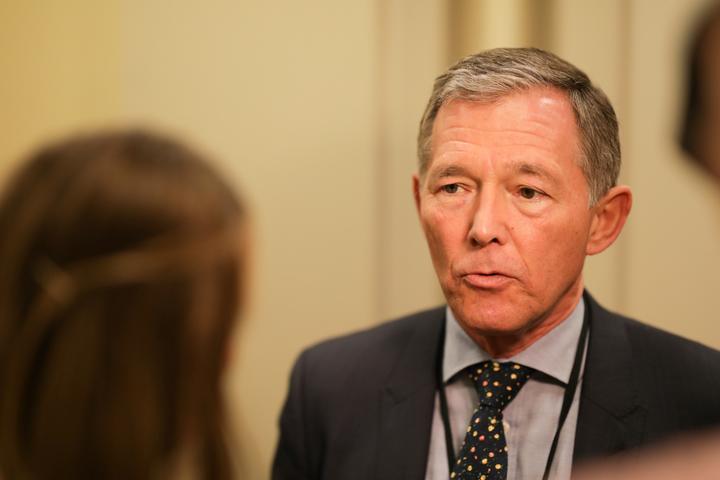 Speaking to RNZ he acknowledged it had "been a difficult year for the party".

"And David Carter's now resigned from the board, and we really thank him for his efforts through that challenging time he's been on the board and his contributions."

Goodfellow had not heard Carter's comments so declined to respond.

And what message does he have for members still disappointed by the election result and who still hold him and Collins at least partially responsible?: "I think we've actually put that behind us now and the vast majority of the people here are ready now to take that challenge," he said.

"We've said, we've said that already," when asked what he would say to the membership about what went wrong.

"This is not the time to be talking about it, this is actually the time for the next two years - we've covered that stuff off in the last nine months, we've done comprehensive reviews."

He and the leadership team had already acknowledged the election defeat and have already done "a lot of work around constitutional changes" and the board will now "continue to build on the base".

Goodfellow also pointed out the numbers at this weekend's conference saying it was "one of the biggest attendances in a decade", with "really committed members who've had their voices heard".