A poll published this week shook up Labour and National while ACT continued its steady rise. 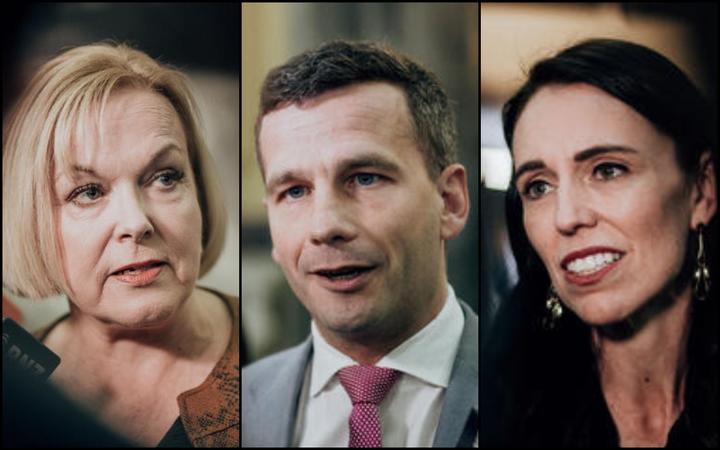 The Newshub-Reid Research poll showed Labour down nearly 10 points to 43 percent, National up 1.7 points to 28.7 and ACT surging to 11.1 percent, an increase of 4.2 points.

Labour's fall came off an unusually high 52.7 percent in the last Reid Research poll, taken in May.

With the Greens on 8.5 percent, a gain of 1.4 points, the two parties could comfortably form a government.

While National registered a small gain there was bad news for its leader Judith Collins, who was again overtaken by ACT leader David Seymour as preferred prime minister. She was favoured by just 8.2 percent of respondents while Seymour gained 3.6 points to reach 8.6 percent.

A leaked UMR poll in July gave Seymour 12 percent against Collins' 10 per cent.

In all the polls this year Jacinda Ardern has been way ahead of both of them with ratings above 40 percent.

The latest poll firmed up a trend which is showing Labour dropping off its election night level, National failing to crack the 30 percent barrier and ACT gaining support as Seymour outdistances Collins as preferred prime minister.

"In an ordinary world, she would be rolled tomorrow," said the Herald's political editor Claire Trevett.

"She has now been overtaken by ACT leader David Seymour as preferred prime minister in two polls, her party remains under 30 percent while ACT has reaped the benefit of Labour's drop more than National."

Trevett said the poll confirmed Labour's downward move. "Problems that were delayed or put on the back burner while the government dealt with Covid-19 are now coming back to haunt it… as a result there are now festering problems bubbling in almost every area from the backlog in health to immigration, to housing."

Collins reacted in the only way she could, by dismissing the poll. "It makes no difference at all. The fact is the National Party is three times the size of ACT, that's the way it normally works."

Ardern said Labour could still command a solid majority with the Greens.

Seymour avoided saying anything bad about National. "The real story to this poll is both ACT and National rising. I believe that's due to disillusionment with the government's performance on substantial issues."

Newshub's political editor Tova O'Brien summed it up this way: "This poll is a watershed moment. It represents a couple of consequential political pivot points. Labour is wounded, albeit self-inflicted, but while National would traditionally benefit from this, it's a mess."

National's Kaikoura MP Stuart Smith kicked off a controversy. In an opinion article published by Stuff he referred to "the de facto changing of New Zealand's name to Aotearoa New Zealand by the government and in the media".

Smith said he wasn't making a judgement call on that. "I am simply giving voice to the argument that perhaps before the shift began to be put in motion, New Zealanders themselves should have been consulted." 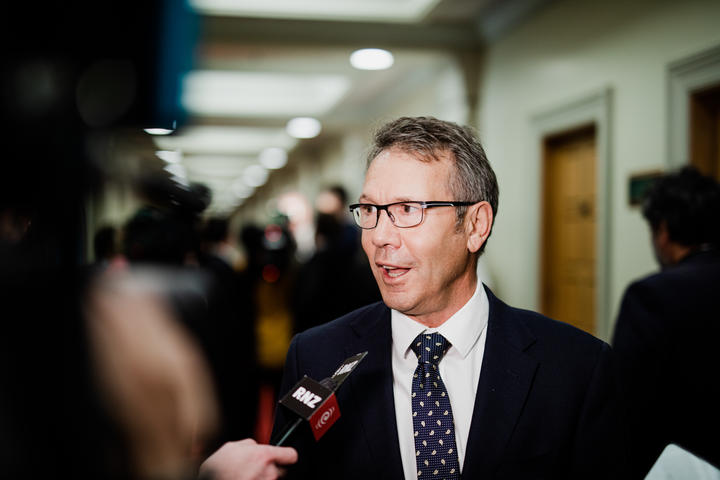 He later issued a statement saying "New Zealanders should get the chance to vote on it".

It's not clear what a referendum would ask voters. Would it be to re-name the country Aotearoa, the way Rhodesia became Zimbabwe, or a referendum on whether the name Aotearoa should or should not be used by the government, or whether should it be used less widely than it is at the moment?

Collins, when she was asked for comment, fitted it into her "Demand the Debate" campaign.

"People are saying 'we want a debate on this'," she said. "I think it's probably something we could go to a referendum on and ask people what they want."

Collins said some people were getting "tetchy" about the use of Aotearoa and told Newshub's AM Show her party had been hearing from people who felt they were being left out of the debate.

"If there's enough support for a referendum, then obviously we'd be happy to put it to the people," she said. "

All the other parties in Parliament rubbished the idea, RNZ reported.

Labour's Andrew Little seemed bemused. "Good grief, it happens to be a name that most New Zealanders commonly understand is an alternative name for New Zealand," he said.

Kris Faafoi said he never read anything Smith wrote and Ardern said she had much more important things to think about.

Greens' co-leader James Shaw didn't think a referendum was necessary because private organisations could decide what they wanted to call the country "just like you and I".

Te Paati Maori co-leader Rawiri Waititi said Smith needed to have his head checked. "It is the name of this country, Aotearoa, and I encourage every government department and everybody else out there to continue to use it."

Seymour said he believed in free speech and wasn't interested in policing what other people said. "And I know a lot of young people out there who say 'look, you can call it Timbuktu if you like, so long as I can afford a house there'."

The Herald was sufficiently concerned to publish an editorial.

"One can only hope this is the low point in the National Party's ill-conceived and poorly delivered strategy to call the government to account," it said.

"In trying to summon support for this, Collins has claimed the government and, specifically, the prime minister have been switching the name from New Zealand to Aotearoa 'by stealth'.

"It is a matter of record that Jacinda Ardern has expressed her personal view she would not like the name changed."

The Herald said it was astonishing anyone could call the naming of the nation "separatism by stealth" - New Zealanders had been carrying passports with the word Aotearoa on the cover since 2008.

The government made two announcements this week.

Covid-19 Response Minister Chris Hipkins triumphantly revealed that vaccinations had passed the two million mark - 2,021,024 as of midnight Tuesday. Second doses had been given to 769,700 people and Tuesday was a record day for vaccinations when more than 42,000 were administered.

People aged 55 and over would be able to book their vaccinations from Friday, five days earlier than scheduled, because DHBs had been able to increase capacity.

"We have our eyes firmly fixed on the end of August," Hipkins said. "We expect over the next few weeks to deliver the next million doses much faster than the first two million." 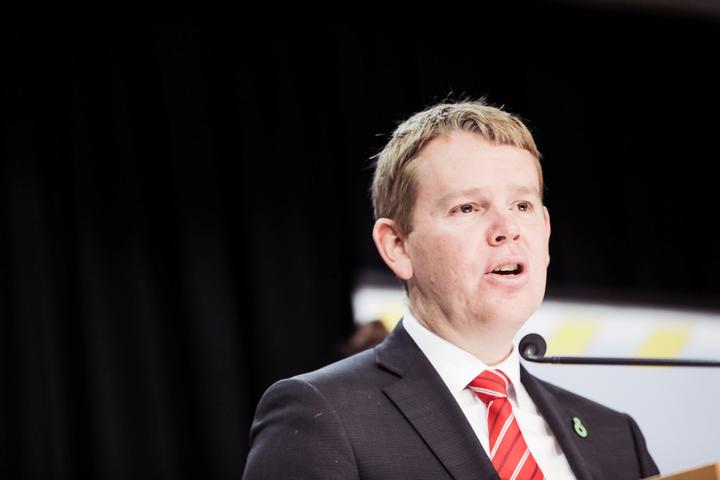 Opposition parties weren't impressed. "It's more of a strollout than a rollout," said Seymour.

The prime minister announced that seasonal workers from Tonga, Samoa and Vanuatu would be able to enter New Zealand quarantine-free from September.

The shortage of Recognised Seasonal Employer (RSE) workers has been a sore point since the border was closed, with horticulturists and orchardists vocal about fruit rotting on the ground.

"We've heard the call from primary sectors and others to bring in additional workers in a safe way and we think that is now possible," Ardern said.

It would be possible because Tonga had seen zero cases, Samoa one, and Vanuatu four - and all those had been at the border with no community transmission.

Ardern didn't know how many RSE workers would be allowed in. She said there were about 7000 in the country right now and the norm was about 10,000. Discussions with employers were ongoing.

The proposal to build a $785 million cycle bridge across Auckland harbour was a big deal when it was announced and now the Herald, which takes more interest in it than other media, thinks it's likely to be canned.

It reported on Wednesday it understood the government was considering scrapping it, and that this week's Newshub-Reid Research poll found 81.7 per cent of those surveyed were against it. 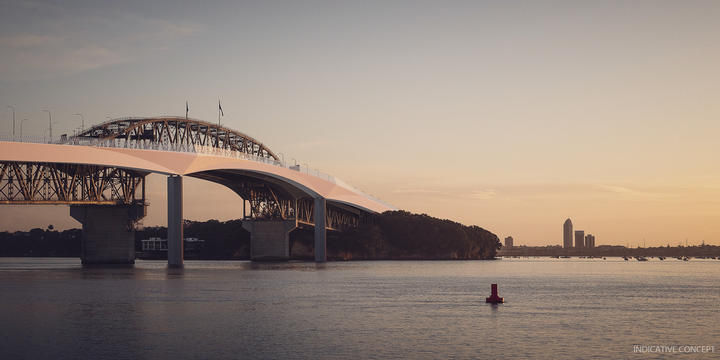 The report said Finance Minister Grant Robertson would not confirm it would definitely go ahead, only that it was "the current proposal".

"We do want to find ways of connecting the North Shore and the isthmus for people on all different modes of transport - the exact way we do that, we've come up with a proposal and we're working through that," he said.

He wanted the government to bring forward work on a second crossing, likely to be a tunnel, the report said. His personal view was the government was not talking enough about the work it was doing on that.

Thomas Coughlan, the report's author, said if the government decided to give the bridge the boot it would have to conduct a thorough post-mortem into how it so poorly misread the mood of the country.

"In retrospect, the u-turn seems almost inevitable," he said.

Political editor Claire Trevett said the poll showed even 75 per cent of Labour voters were against the bridge and it had become a political liability.

"It was an expensive frivolity at a time of uncertainty," she said.

"Judging from Finance Minister Grant Robertson's noises about his desire to focus more on a harbour tunnel crossing, the government will go back to the drawing board."