The ACT Party wants to strip some gang members of their freedoms, introducing "gang injunction orders" which could ban them from certain areas or activities. 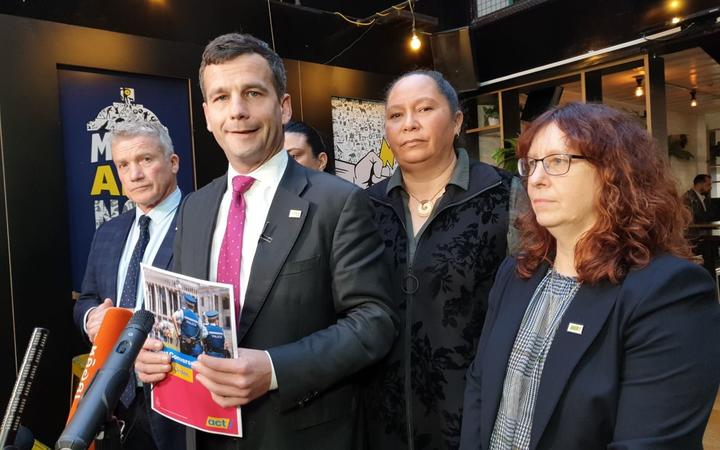 The opposition party is also proposing tight controls on beneficiary bikies, barring them from spending their welfare money on alcohol, tobacco or gambling.

The policy ideas are included in a law and order policy document which the ACT Party released at Wellington's Danger Danger Bar on Tuesday morning.

It comes after heightened scrutiny of the government's funding of a Mongrel Mob-led drug rehabilitation programme in Central Hawke's Bay.

ACT justice spokesperson Nicole McKee said the injunction orders would allow police to "smash the gangs" and minimise their risk to the public.

"Gangs are responsible for harm and chaos across the country. They peddle drugs, are violent and intimidating. They cause misery in our communities."

Under the policy, police could apply to the courts to slap restrictions on any person on the National Gang List, as long as they had a "reasonable belief" the individual posed a risk of dealing drugs or committing gang-related violence.

"The injunction order could then be used to prohibit bad behaviours including being in a particular location or associating with particular people," McKee said.

"It could also be used to require positive actions, like attending rehabilitation."

The orders have been used in parts of the United States since the 1980s and in the United Kingdom since 2011.

Evidence for the policy's effectiveness abroad is mixed. Some studies have recorded a significant drop in violent crime following the introduction of gang injunctions, though other research suggests the benefit does not persist in the long term.

Critics argue the policy simply drives crime into other neighbourhoods and increases animosity toward police.

The American Civil Liberties Union, in 2018, described the orders as "ineffective policing tools that primarily serve to criminalise young Black and Latino men".

"Gang injunctions restrict people's freedom, often without a shred of due process, on questionable 'evidence', and with no significant public safety benefit," an ACLU spokesperson wrote.

ACT would also impose restrictions on beneficiaries listed on the National Gang List, limiting how they could spend welfare money.

ACT social development spokesperson Karen Chhour said the benefit would be issued on an electronic card which could not be used for gambling or to buy alcohol or tobacco.

"The money provided by taxpayers will need to go towards food and other essentials," Chhour said.

"The children affected by gang criminality are not at fault and deserve support. This policy tips the balance towards the child and away from crime."

"We've watched as patched gang members have taken over our streets like it's them and not law-abiding taxpayers who own the place," Seymour said.

"This is the dangerous side of Jacinda [Ardern]'s kindness."