MPs have launched an inquiry into what has been described as New Zealand's truancy crisis. 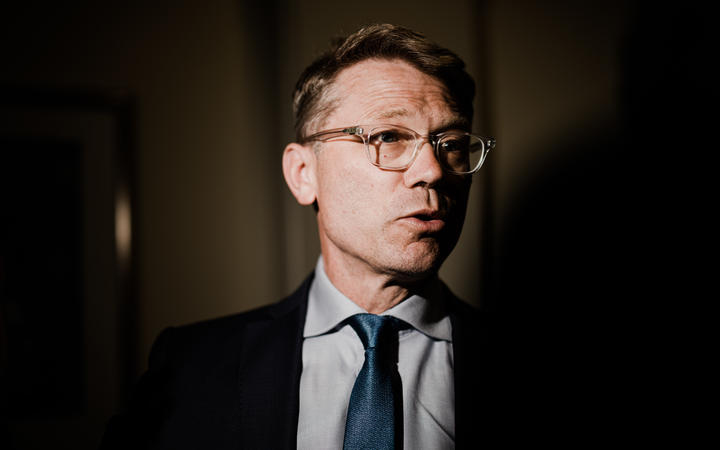 Official figures in May showed more than 60,000 students classified as chronically absent, missing at least three days of school every fortnight, and almost 40 percent of pupils not going to school regularly.

Parliament's education committee says school attendance has been dropping since 2015 across "all regions, all ethnicities, all deciles and all year levels".

It says the rates of stand-downs, suspensions, exclusions, and expulsion may also provide insights into how to engage children with learning when there are also behavioural issues present.

"There are also large inequities in school attendance: students in lower decile schools are much less likely to attend school regularly," the committee said.

It will investigate the long-term trends, look at what has worked successfully elsewhere, and look at the impact of the 2013 changes to the ministry-funded Attendance Service.

National Party education spokesperson Paul Goldsmith says the situation was only getting worse.

"I'm very pleased that the education select committee has agreed to do an inquiry into the problem of truancy or non-attendance of kids ... it's a real problem in this country."

Goldsmith said the inquiry would get to the bottom of the scale of the problem and look into effective efforts to counteract it both here and overseas.

"Currently only three out of five kids in New Zealand are attending school regularly and that is a shocking, shocking statistic," he said.

"If we think of the long tail of underachievement in this country, particularly with Māori and Pacific students, a very obvious place to start is actually making sure the kids are at school and New Zealand's incredibly low attendance rates is I think a critical part of the problem.

"This is a long-standing issue, it hasn't just arisen in the last couple of years, but it has been getting worse there's no question about that and we do need to turn it around and there are some schools that are doing a really good job.

"The problem is that we're not identifying them and learning from them."

He had been frustrated looking at the allocation of funding in education, considering the small amount allocated to dealing with truancy.

"I don't think we take it seriously enough, and I think there is much more that needs to be done."

The inquiry could be expected to conclude in the second half of the year, with proposals by the end of the year, Goldsmith said.

"I've been obviously visiting a lot of schools and there is a wide variety. One school - Whitiora in Hamilton - only 15 percent of the children attend regularly and that's showing the real scale of the problem.

"Other schools such as Manurewa Intermediate - huge social issues - have done a brilliant job and the key to it is a no-excuses culture. At that school, there's a flashing sign out the front saying '#no excuses', and those are the sorts of lessons that I think we need to be learning."

Principals have called for truancy funding to be returned to schools - as it was before an overhaul in 2013 - and for the right to hire their own truancy officers who know and understand their communities.

The service providers contracted by the Ministry of Education to help return children to school say they are underfunded, with the $9.7 million allocated annually only reaching 20,000 students.

The government has announced it will review the service, with the aim of having a new model in place by the start of 2022.

The inquiry is due to be completed by the end of November.

1. Investigate the long-term trends and determinants of student attendance, engagement, and non-enrolment over the past 20 years.

2. Gain insights into societal, system, and demographic factors, and patterns of school-level practice that have been associated with improvements and declines over time.

4. Identify potential strategies that could be used to increase attendance.

5. Gain an understanding of the 2013 changes to the ministry-funded Attendance Service and the implications of these changes for attendance and engagement outcomes, and what they have meant for schools, including through hearing from school and other stakeholders.

7. Provide finding and insights from the above to inform the development of the government's Attendance Strategy.