The NZ High Commission in India tweeted a request for oxygen to treat a local staff member who is sick, but should have used other channels, Prime Minister Jacinda Ardern says. 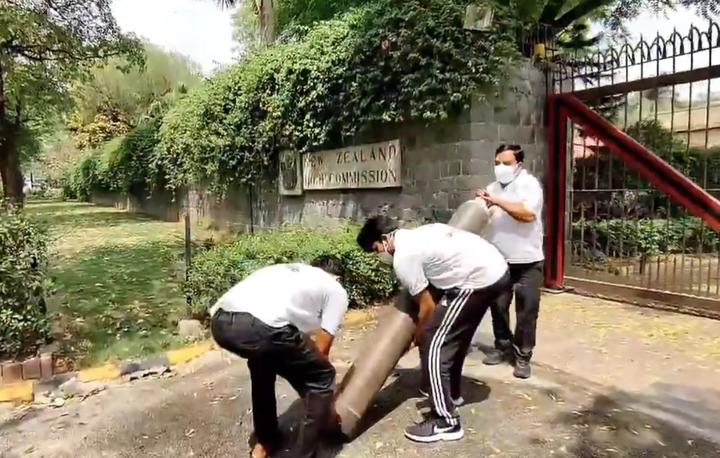 An oxygen cylinder being delivered to the New Zealand High Commission in Delhi. Photo: Screenshot

In the tweet the High Commission in Delhi asked the Indian Youth Congress - the youth wing of the country's main opposition party - for help in providing an oxygen cylinder.

The High Commission quickly deleted the post and said it was urgently trying all sources for cylinders.

We are trying all sources to arrange for oxygen cylinders urgently and our appeal has unfortunately been misinterpreted, for which we are sorry.

The Ministry of Foreign Affairs and Trade apologised to the Indian government saying the tweet was issued in error. It said the safety, health and welfare of staff in India was a priority.

In a statement this afternoon, MFAT confirmed "several" locally hired staff in Indian High Commission had Covid-19. One was seriously unwell and required oxygen.

It said no New Zealand diplomatic staff in India had the virus.

The High Commission has been in lockdown for the last year and it is not open to the public. Some limited care has also been put in place to isolate and provide treatment for unwell staff on the compound.

The Indian government had earlier criticised Youth Congress volunteers for supplying cylinders to the Philippine embassy. 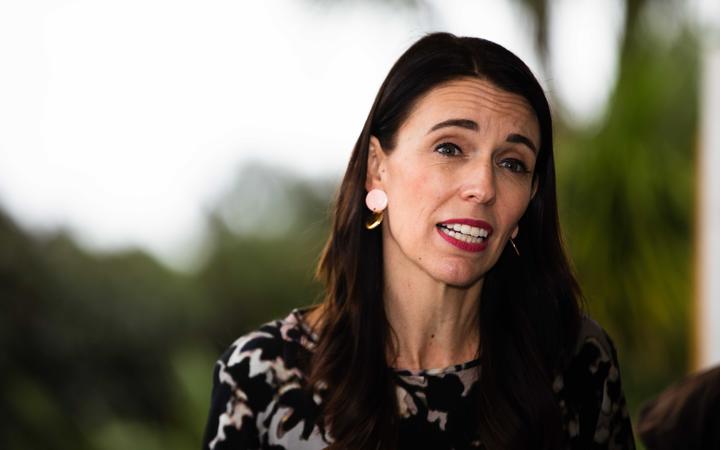 Jacinda Ardern said the High Commission had a local staff member within the compound who was ill, but should have used other channels to request oxygen. Photo: RNZ / Dan Cook

Ardern said there were other ways the High Commission could and should have used to request medical assistance.

"Our High Commission has apologised for [the tweet] - and that's for the fact that there are channels that they can and should be going through for such matters," Ardern told TVNZ's Breakfast.

"But I should recognise that we do have a local staff member who is within the compound who's been very unwell.

"The New Zealand High Commission has a compound area that has been essentially in a form of lockdown for the better part of a year.

"They've had strict protocols in place where they've had bubble arrangements trying to make sure they are looking after the wellbeing of both seconded and local staff.

"They employ local people who live within the compound.

"But of course a very difficult environment to try and ensure that there's no infections."

Ardern said the High Commission had acknowledged it should have been using "normal channels and protocols".

Also, they thanked the #SOSIYC team for this quick relief as patient inside embassy was critically ill. pic.twitter.com/vu6TUhD1r8

"When people are dying in the streets, as it would appear is the case, people being brought to treatment centres and then dying in cars on the way ... [the tweet is] just a very bad look if nothing else. It's incredibly insensitive.

"The apology is good but we do need to know why it happened."

Brownlee said there should be disciplinary measures against the person who sent the tweet.

"Everyone watches their news feeds and can see just what a dire situation is currently existing in Delhi and for New Zealand to be asking for another political party inside India to turn up with some oxygen is very odd.

"If it's a desperate move because of a bad situation inside the compound then that needs to be cleared up as well.

"It's embarrassing that a country like us perhaps could not supply something as basic as oxygen to its internal staff."

Brownlee said he also would like to know whether the High Commissioner had full autonomy in making a decision about whether they should be staying in India.