Winston Peters was back in court today, appealing a decision made last year where he was ordered to pay nearly $320,000 in costs. 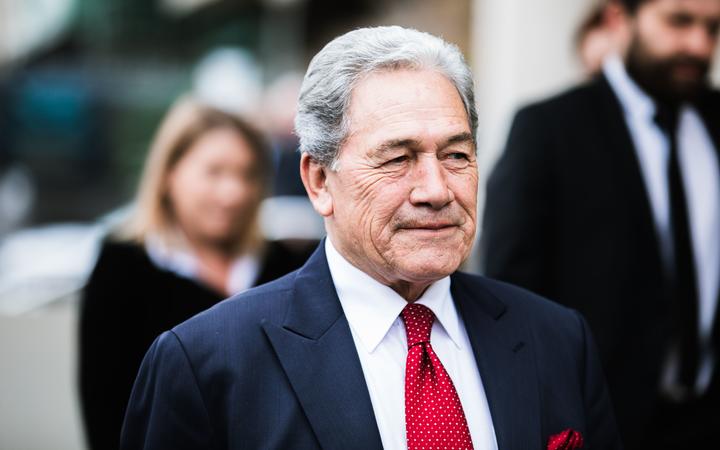 The judgment related to a High Court battle between the former Deputy Prime Minister, a number of top public servants, and former National MPs.

It all goes back to a leak to the media in 2017 which saw Peters overpaid $18,000 in superannuation.

The overpayment was accidental, and Peters repaid it immediately. It occurred because he did not tick a box about having a partner.

Following on from the leak, Peters took top public servants and two National MPs - who had been ministers at the time - to the High Court, claiming his privacy had been breached.

In the judgment which was released last April, Justice Venning agreed there was a breach of his privacy.

He also said Peters could not establish that any of the defendants were responsible for the leak, and ordered Peters to pay court costs.

The appeal over that decision began today, with Justices French, Goddard and Collins presiding.

Peters' lawyer Brian Henry turned their attention instead to the fact that ministers were told about the case in the first place.

He said breaches of privacy occurred when the top officials - former Ministry of Social Development (MSD) chief executive Brendan Boyle and the State Services Commissioner Peter Hughes - briefed their respective ministers Anne Tolley and Paula Bennett about what had happened.

Henry said that personal information should never have been divulged.

"All they're doing, in our submission, is providing to a minister salacious information that a minister can do nothing with, and does not assist the minister in the administration of MSD." 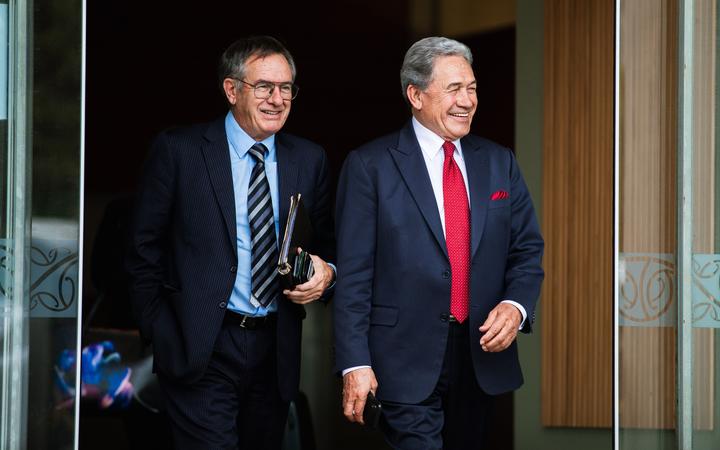 He told the court all New Zealanders were entitled to that guarantee of privacy, and only in the case of fraud should ministers be given the identity of individuals.

He questioned why ministry chief executives felt the need to tell their ministers.

"Mr [Bill] English - he was the prime minister when this thing blew up - he came out and said it's too personal for ministers to know.

"That was what he stated and he's right: it's too personal for a minister to know. That's our point. You're stepping across a huge dividend when you leave the responsible civil service to elected officials."

Victoria Casey, on behalf of MSD, rejected this.

She said the public servants wanted to be able to prove Peters had not been granted special treatment because of his status and power.

Casey criticised the plaintiff for not bringing up this argument in the initial High Court case.

"You've heard again this morning, we are now turning back to: this was salacious.

"He goes so far as to say that the evidence given by Mr Boyle and Mr Hughes as to why they briefed their Ministers was salacious. False, Your Honours.

"That was not put to Mr Hughes or Mr Boyle in the High Court trial either."

The appeal is also looking at how the details about the superannuation overpayment made it to the press.

Peters, while he was still an MP, used Parliamentary privilege to accuse several people of being responsible.

In the Court of Appeal however, Peters' lawyer Henry ultimately held MSD culpable.

"What we're saying is that MSD, by the very nature of the information, has it absolutely within their control.

"The fact that it's gone from that control into the public, the inference is somewhere it has been breached."

"You're saying to us that on the balance of probabilities that this agency is responsible for the breach.

"So the question becomes 'well, what's the evidence to support that?' And there are various other government departments which held the information from which it could have come."

The appeal will continue tomorrow with a reserved judgment.