Prime Minister Jacinda Ardern remembers those who died in th Christchurch earthquake and talks to survivors of hope and optimism. 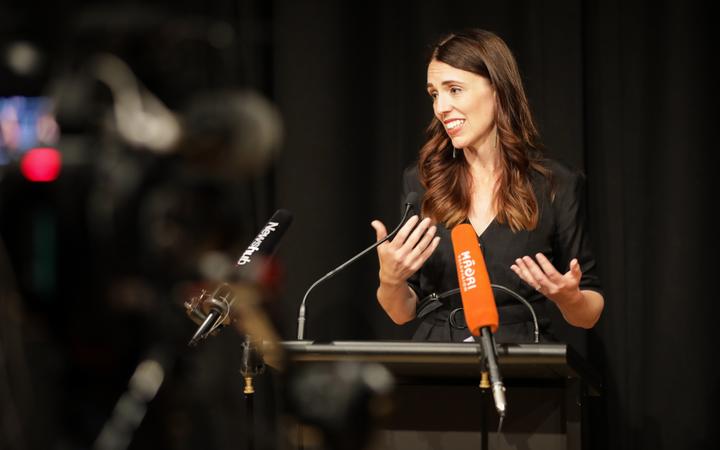 Prime Minister Jacinda Ardern addresses the public at an event to commemorate victims of the Christchurch earthquake 10 years ago. Photo: RNZ / Nate McKinnon

In her speech, Ardern said today was a chance to remember those who died and to "stand with the families, loved ones and friends who grieve them".

It is a time to remember and celebrate those who died - "the joy they gave, the memories made, the lives they lived".

She said 10 years on people would still be living their daily lives "with the long shadow of that day".

Ardern said Christchurch dealt with the devastation from the disaster, but "New Zealand was rocked by the events of 22 February".

"Today I want to take the opportunity to say to all those who may still feel overwhelmed, uncertain, sad, tired or anxious - you survived an event which by rights should not occur in anyone's lifetime.

"I hope you find the space to be kind to yourself, as you've no doubt been to others who you knew were carrying the same burden."

She also remembered the 87 foreign nationals who died.

"Our flags fly at half-mast for them today too."

In the years following the quake, Ardern recalled how the country rallied around Canterbury.

"We all felt so keenly the enormity of what had happened.

"It's the Kiwi way to be stoic, and sometimes the pressure to 'be okay' or to have 'moved on' with the passage of time can feel very pronounced."

But, she said even though healing would take time, no one would forget.

'Generation of the rebuild'

"I'd like to acknowledge the children who lived through the earthquake and grew up in its aftermath.

"I have in the past called this the generation of the rebuild."

But, she said, they would also be the "generation that will create a legacy". 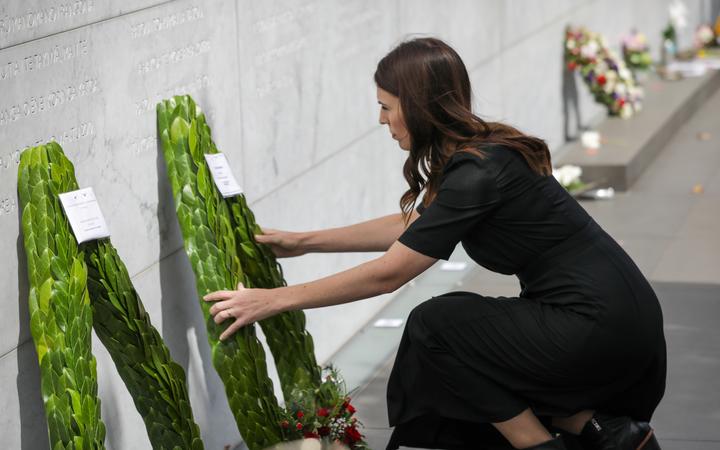 Ardern acknowledges professionals across Canterbury like educationalists, mental health specialists, occupational therapists, social workers who all came together to design a programme to support those children.

"You made an enormous difference and now that programme will now be rolled out across New Zealand. Out of such a traumatic time for our kids I hope grows a form of comfort and support for a whole generation."

The prime minister also acknowledged those who were part of relief efforts including emergency service staff, the Christchurch mayor and city councillors, ministers, international diplomats, family and friends of all involved. She appreciated the support from the Quake Families Trust over the last decade.

'Hope and energy and optimism'

"It's been a hugely difficult decade for this city - at times I'm sure it's felt impossible," Ardern said.

"But as we look ahead to the coming decade, I see hope and energy and optimism, and I see Christchurch taking its rightful place amongst New Zealand's best and brightest cities."

She ended her speech with an excerpt from a poem by Helen Lowe, from Leaving the Red Zone, an anthology of Earthquake poetry.

The poem is titled The Sparrows and talks about how birds were absent in the city following the earthquake.

"I threw old bread onto the island of grass in our own grey sea and waited ... and waited. And then, finally, they came their wings clouding the sun."