Ten years after the devastating 22 February 2011 earthquake, which forced 70 percent of the Christchurch CBD to be demolished, locals are still faced with broken buildings and empty spaces.

The government launched an ambitious recovery plan in 2012.

The Christchurch Central Recovery Plan, dubbed the "blueprint" would dictate the rebuild of the central city.

To support it, the government would complete a series of "anchor projects", to encourage investment in the city and make it a more attractive place to live in.

Major promises were made, including 16 anchor projects, developed by both the taxpayer and the private sector.

The Metro Sports Facility and Performing Arts Precinct was meant to be ready in 2016, the Convention Centre and a covered stadium by 2017.

None of those have been completed.

However, some projects like the bus interchange, justice precinct and the retail precinct are up and running. 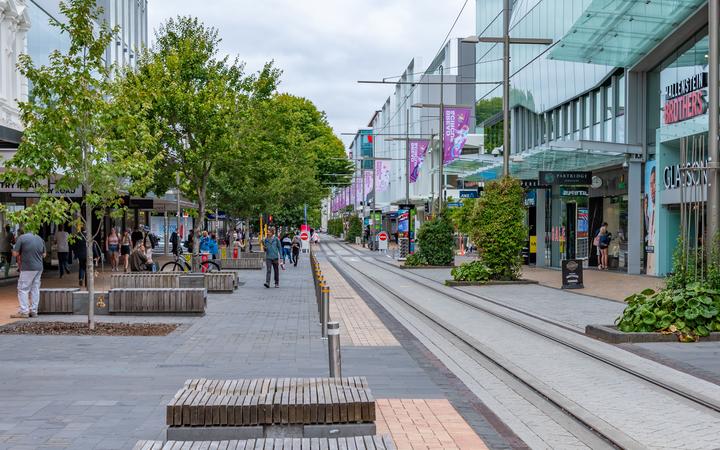 "The government didn't deliver on the timelines that they had put down - they had the anchor projects which were meant to be the lead pieces to help everyone get going," he said.

"But they stuttered in the ground and as I call it, wonder why they're called anchor, [because] they're stuck in the ground going nowhere or going very slow."

"I remember quite distinctly in 2012 in a lot of my public speaking talking about a 20 to 25 timeframe for the rebuild of Christchurch," he said.

"I suspect at that time we were very optimistic about the rebuild, we wanted to get things done really quickly - and probably if we hadn't been optimistic things wouldn't have happened."

Artist Peter Majendie, who created the 185 chairs artwork in 2012 - representing each life lost in the quake - said the new Christchurch lacks flair and some major projects were too big.

"I think there will be a few things that define Christchurch and their response regarding the earthquake and one is the Convention Centre which is part of the blueprint," he said.

"That is being delivered, and [to put it] bluntly it's a monstrosity, it's way too big."

But National List MP and former rebuild minister Gerry Brownlee, who worked on the blueprint, is defending the plans and says it is delivering for the city.

He said it remains largely unchanged and there were valid reasons for the delays.

"In some cases it was greater consideration of the geological conditions of the ground it was being built on, in the case of the Convention Centre, there was a need to let all involved know that there wasn't a bottomless pit for any contractor to just dip into."

Brownlee said the government had to be careful about its spending.

"But overall the shape of it is coming along quite well - and remember too that everything was a commercial negotiation, it wasn't just on the basis of a directive and then a blank cheque book," he said.

Brownlee said he remained proud of the way Christchurch responded to the earthquake.

He hoped all the anchor projects would be finished within the next five years, but believed the regeneration of the whole city may take many more years.