Prime Minister Jacinda Ardern has spoken on the phone with the US President-elect Joe Biden this afternoon. 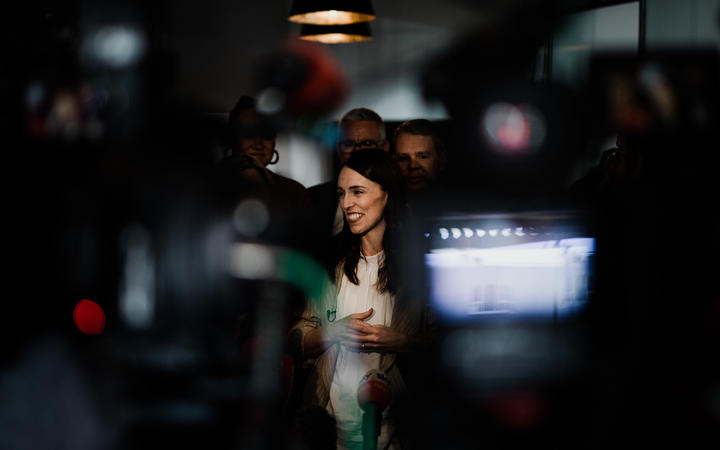 Speaking at the weekly post-Cabinet media conference this afternoon, Ardern says she had a "positive and warm" phone call with Biden.

The conversation focused on working co-cooperatively on issues of mutual interest, she says, and Biden spoke positively on NZ's response to the pandemic.

Ardern extended an invitation to Biden to come to New Zealand, saying it seemed only natural considering Australia had already done so for the anniversary of ANZUS next year.

"I can tell you that was very warmly received ... he spoke of his fond memories of visiting New Zealand several years ago. You could tell in the conversation he sensed a real connection to New Zealand, felt very welcomed here" Ardern says.

She says they both look forward to meeting face to face. However, they did not discuss Donald Trump's position on the US election results.

She says the conversation was dominated by their anticipation of the next steps forward in the US-NZ relationship.

"We spoke about the importance of organisations like the World Trade Organisation to a country like New Zealand, the ambition we have to resolving those issues, the role we played to date and our eagerness to support work to unblock some of the issues we've experienced."

She offered him access to New Zealand's health officials to help them understand our learnings in managing the virus. "International co-operation continues to be key to getting the virus under control."

She says what has been at the centre of New Zealand's response to the pandemic has been fundamental around testing, tracing and border control.

Biden had spoken favorably about New Zealand's response to the pandemic and the desire to exchange further information, she says.

"So that was an offer I said we'd be happy to help with. I imagine there will be ongoing dialogue that may take place at an official level."

"It won't all be applicable in every economy," she says, acknowledging that sharing New Zealand's health information would not necessarily change the way other countries respond to the pandemic.

"No one country's experience has been linear or perfect and we've all learnt things from one another along the way, but I think we should all share both those areas where we've had to learn hard lessons or where we've had positive lessons."

She says she sensed Biden's desire to work constructively on trade and other matters of mutual interest like climate change response. With his uncle having served in war in region, she said he felt a real connection to New Zealand and reminisced over his last visit.

Biden wants to reinvigorate his relationship with New Zealand, she says.

Ahead of today's media briefing, Ardern posted a picture of her on the phone in her Beehive office to Instagram and Facebook.

In the post, Ardern said it was "a real pleasure" to speak to Biden and to "congratulate him on behalf of New Zealand".

"We talked about climate change, Covid-19, trade and our region (which he remembers fondly from his visit a few years ago.) Looking forward to speaking again!".