Gerry Brownlee has announced he will not seek reappointment as National Party deputy leader, but has not clarified whether he will remain in Parliament or not. 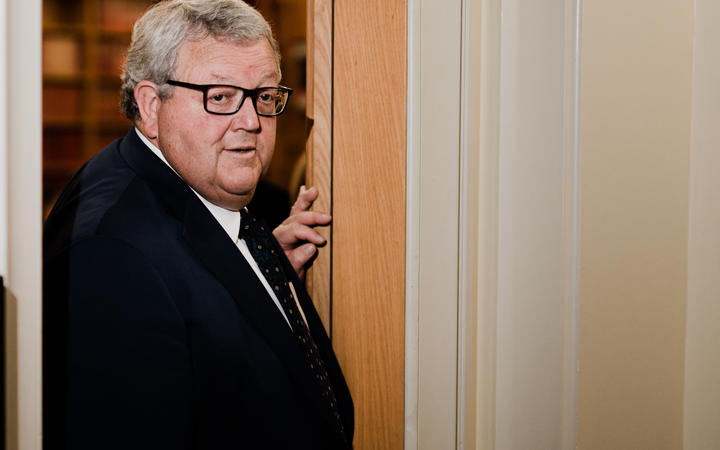 He will step down from the position when MPs meets at Parliament next week. The party's rules state that the caucus must hold a vote on the leadership following an election will happen on Tuesday.

Judith Collins is expected to remain as National's leader, but Brownlee - who stepped in as deputy in July - said he would not be seeking reappointment.

In a statement, he said while he had been proud to serve as the party's deputy leader, and remained so, it was time to think about the three years to come.

"It's my strong view that Judith campaigned extremely well in what was an unprecedented election," Brownlee said.

"It's time to think about the three years ahead. I want Judith to have the strongest and most complementary support beside her as leader."

Collins told RNZ he did everything he could as campaign chair and deputy.

"I think Gerry is thinking of the party and the future but he's some one who has my eternal gratitude for coming to help at such a time."

In an earlier statement, she thanked Brownlee for his work for the party.

"Gerry took on the role in challenging circumstances earlier this year and gave it his all, such is his dedication to his colleagues and the party."

Brownlee said his focus would now be on rebuilding National's base in Christchurch and representing the party's voters there.

"Accordingly, I will not be seeking reappointment as the deputy leader when Caucus meets on Tuesday."

With the final election results revealed this afternoon after the counting of more than 500,000 special votes, the National Party lost out on two seats it had been projected to have based on election night numbers.

The Labour Party and the Māori Party picked up one extra seat each.

"Our smaller team of 33 is now ready to focus on the work ahead," Brownlee said.

"New Zealand faces some challenging times ahead. For some time to come, coronavirus and the fallout from responding to it, along with the importance of keeping its effects away from our shores, will be the dominant activities for both the government and opposition."

Brownlee was also dealt a crushing blow on election night, losing his 24-year hold on the Ilam electorate.

Collins will announce her caucus line-up later next week, after Tuesday's leadership vote.