Analysis - Winston Peters had a smile on his face in Russell today - but those closest to him say he's hurting after New Zealand First was voted out of Parliament. 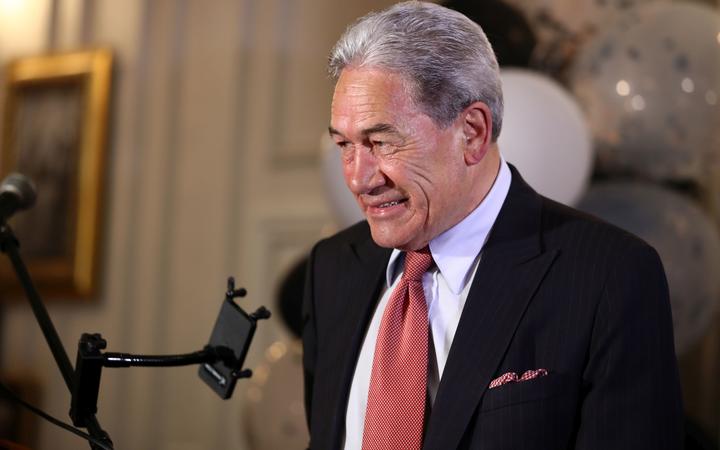 The 75-year-old seasoned politician has bailed out of politics after four decades, following an election night that only saw it gather 2.7 percent of the vote.

And while his friend and colleague Shane Jones says he'll stay on as leader, it's hard to see why he would.

Peters had a brutal campaign - close to 12,000 kilometres in more than six weeks from one end of the country to the other on a bus.

It's an uncomfortable and tough way to campaign, but it meant he visited more towns and cities than any of his rivals.

The New Zealand First leader was scheduled to speak to supporters at the Duke of Marlborough in Russell at about 8.40pm last night but it was almost 9.30pm before he appeared, and even then, only for two-and-a-half minutes.

There was no mingling with supporters, just a short and sweet speech with a "wait and see'' as to what comes next for Peters and the party.

He then retreated with those closest to him, including his chief of staff Jon Johansson, MP Darroch Ball and his long-time lawyer Brian Henry, to the exclusive Eagle's Nest where Peters was staying.

Jones and his wife Dot held the fort at the Duke, kicking on well into the wee hours, making the most of what had turned into a disastrous election night.

This morning Jones spoke to media after breakfast with his family, dressed in shorts and tee-shirt and a baseball cap and nursing what he described as a substantial hangover.

He sat on the porch with his partner Jan Trotman and enjoyed lunch with friends and his ministerial staff who had travelled to Russell for the weekend.

Jones had spoken to Peters this morning, but wasn't keen to share the nature of the conversation, other than to say it had been a harrowing night.

Those now former New Zealand First MPs spoken to by RNZ acknowledged it would be a difficult few days ahead and that the party had given the campaign their all.

As Peters repeatedly said over the past two weeks, ''everything will be left out on the field''.

Some of the caucus will make their way to Wellington in the coming few days to pack up their offices, before working out where to from here.

Jones says there's a young support base within the party now and that's where the future of New Zealand First lays.

It's not an impossible road back to Parliament - and the party has the benefit of having pulled it off once before.

The question is whether Peters is prepared to slog it out in the wilderness for three years, and if not, whether New Zealand First is bigger than the country's most recognisable politician.

Peters will no doubt spend the coming days and weeks on his boat in Whananaki mulling it over.

The risk is that the fish are biting and Peters runs out of reasons to return from sea.