Green Party co-leader James Shaw says he has spoken to Jacinda Ardern since last night's win for Labour, but they haven't discussed any possibilities of forming the next government. 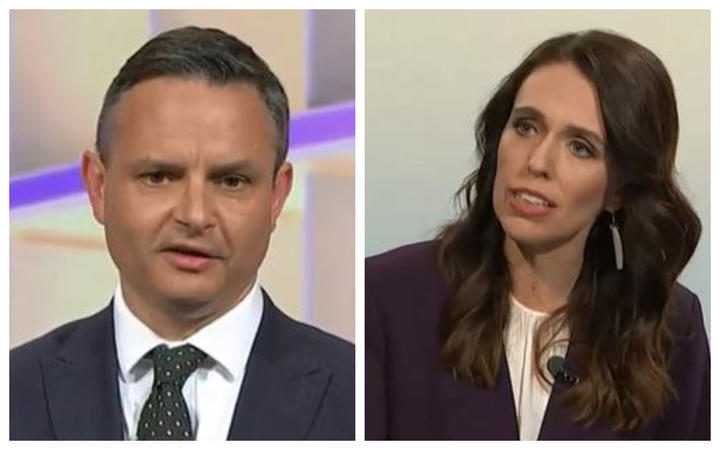 The Greens secured 7.6 percent of the vote and the Auckland Central electorate, giving them 10 seats in Parliament, but the Labour Party still have enough of a majority to govern alone

Shaw says he and Jacinda Ardern spoke on the phone. "We just congratulated each other for what was a terrific night for both the Labour Party and the Green Party and said we'll talk maybe later in the week once the dust settles."

There hadn't been a chance to discuss forming a coalition yet, he says.

"We do know that the specials [votes] could make quite a big difference if last night is anything to go by you know, so we'll just have to let it play out over the coming weeks."

As for ministerial portfolios, they would be discussed at the end of negotiations, he says.

"It's premature to say you know, whether or not... who will get a role and what those roles will be."

In any negotiations, the Greens will put their six policy packages on the table and "see how it goes", Shaw says.

"The issue is how big a majority do they want in Parliament and also, as Jacinda said herself in her speech, she wants to lead a government for all New Zealanders, and what that suggests is that she wants to build a coalition that is as broad as possible and represents New Zealanders to the maximum degree possible.

"The Greens have got some very experienced, talented ministers with some very strong and very specific skills which I think would make a good contribution to a future government.

"The large majority that the government has in the House, you know that affects things like the select committee memberships and all of that kind of stuff, and of course there's 2023 to think about as well. So all of these factors are in play. But as I keep saying, we're just going to have to wait and see."

Asked about a rainbow ministry for the LGBTQI+ community and about whether he'd accept a watered down wealth tax, Shaw says: "I don't want to rule anything in or anything out".

"It's just one of those challenges that the next government is going to have to grapple with. We did put a pretty specific proposal on the table, and if that isn't going to be part of the solution, then my question is, what is?

"How are we going to resolve those issues? Because as a country, for decades, multiple governments have failed to address that and the situation has got worse, not better."

Davidson says the party executive meets today to discuss its strategy for any talks with Labour.

She says members still need to decide how the party best promotes its aims for the climate, equality and the environment.

Davidson says any discussions with the government would have to help them take action for the planet and its people.