National leader Judith Collins says she still wants to be in charge of her party and that there needs to be a review into what went wrong in this year's election. 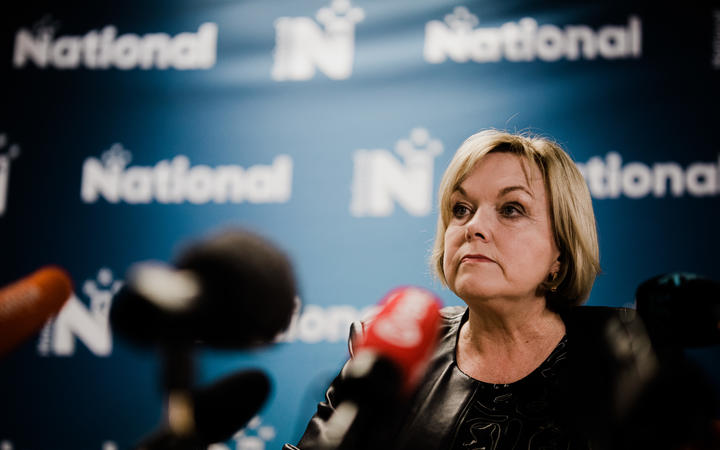 National Party leader Judith Collins says standing down is "not the honourable thing to do". Photo: RNZ / Dom Thomas

Missed the presser? Watch it here:

Labour claimed a landslide victory in the 2020 election and has the numbers to govern alone, while National slumped to its worst result in years.

The Greens and ACT will have 10 MPs in Parliament each, but Labour will not need them, winning 64 seats, while National will only have 35.

Shortly after 10pm last night, Collins told party faithful she had phoned Labour leader Jacinda Ardern to congratulate her on the election result.

Collins told media on Sunday she doesn't expect a leadership challenge despite the result.

"What I do expect is everyone is going to be very focussed on stability and I think too it will be really important for us that we have a very thorough review of what's happened and I think not just in the last year but actually the last three years will be good for the party to go and have a look at all the things that went right and wrong."

She said the terms of the review will be decided by the party's board.

"There's a lot that I would like the review to look into and I also think too it's very important that we understand the reality of what we dealt with, particularly after Covid."

Collins admitted that taking on the leadership was 'a bit of a hospital pass' but does not regret it.

"I take absolute responsibility for working every single day and night for the campaign and also making sure that wherever we were asked to we were always there, but that's what I've done, I've actually worked my little socks off."

The National party will hold its first caucus meeting on Tuesday and Collins said her first message to her colleagues will be to look forward to 2023.

She said she has no intention of standing down as leader.

"The right thing to do is to provide stability to a party that needs it," she said.

Collins was reluctant to call the internal party leaks in the lead up to the election 'ill discipline' on her colleagues' behalf, saying that was for the review to determine.

"Despite everything (that has happened this year) we did everything we could do," she said.

Collins revealed that before the second Covid-19 lockdown that National's internal polling had them sitting at 39-40 percent and that last week's email leak to the media cost the party five points.