National leader Judith Collins has called Labour's Jacinda Ardern to congratulate her on the election result, and appears set on remaining her party's leader. 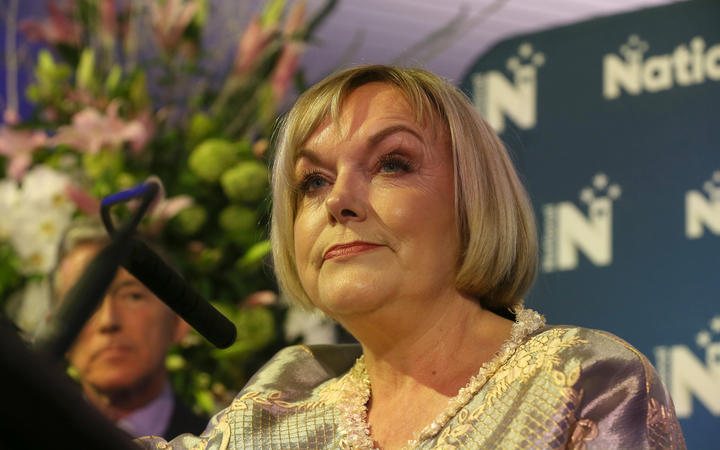 With almost all of the votes counted, National has just 26.8 percent of the vote. At that number, it would have just nine list seats and 35 total seats, meaning many of its MPs will be out of a job.

Speaking to supporters in Auckland's Westhaven this evening, she said she had phoned Labour leader Jacinda Ardern and congratulated her on the "outstanding result".

"To Prime Minister Jacinda Ardern who I have phoned before, congratulations on your results because it is I believe an outstanding result for the Labour Party. It has been a tough campaign.

"New Zealand is now in recession. The International Monetary Fund has stated that New Zealand on current policy settings will be in a worse economic position in five yeras time than other countries which we compare ourselves to. New Zealand is in for a tough economic ride and it is going to need better fiscal policy than we have so far seen.

"The National Party will ... take time to reflect and we will review and we will change. National will re-emerge from this loss a stronger, disciplined and more connected party."

Collins said "we always knew it was going to be tough", as she thanked supporters.

"You've done everything we asked you to. Thank you to everyone who voted National. The next three years will be an opportunity for us to repay that trust." 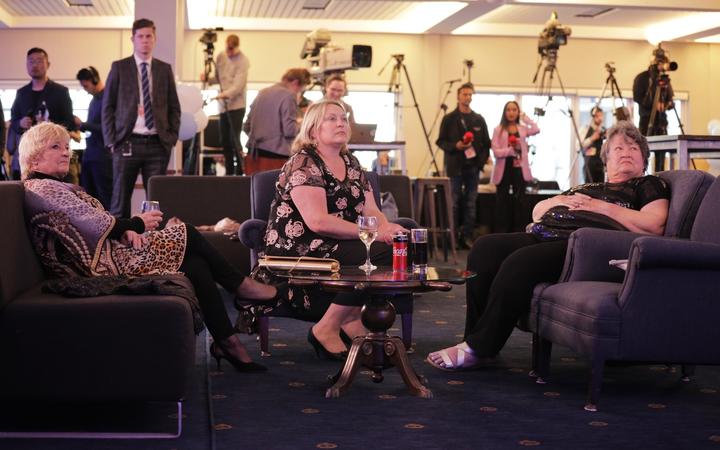 She said the National Party will take time to reflect and will review and will change. She seemed confident of retaining the leadership of National and contesting the next election.

"Even though tonight has been a very tough night for us all ... three years will be gone in the blink of an eye and I say to everybody, we will be back."

"Just to avoid any doubt, tonight is the start of the next campaign. Bring on 2023."

"National we re-emerge from this loss a stronger, disciplined and more connected party.

"And I promise you, the National Party will be a robust opposition. We will hold the government to account for failed promises and we will push on behalf of all New Zealanders for the government to do better for all Kiwis. So even though tonight has been a very tough night for us all, and the campaign a tough campaign, three years will be gone in the blink of an eye and I say to everybody - we will be back."

She thanked her deputy Gerry Brownlee, who was also the campaign manager. He appears almost certain to lose his electorate seat of Ilam, which he has held since 1996.

"Thank you to the campaign team and to my depute Gerry Brownlee. When I became leader three months ago we had to work very quickly and with confidence during a very difficult series of events. Thank you for always backing me in having to make the decisions that we ended up having to make."

Collins said the MPs who will be leaving will be missed, and said she was sorry to see them go.

She thanked all the candidates who had not been successful, saying it took a lot of hard work to put your hand up and go for it.

She also thanked her husband David and son James. "Thank you for picking up the load when I was working every day and night. Thank you for lifting that load off me so I could give everything to the campaign."

She thanked party president Peter Goodfellow for his "unrelenting devotion to the cause", to the campaign team and deputy Gerry Brownlee.

See all the Election 2020 results here.