Winston Peters says New Zealand First is getting a late surge and he feels great with just a couple of days to go before Saturday's election. 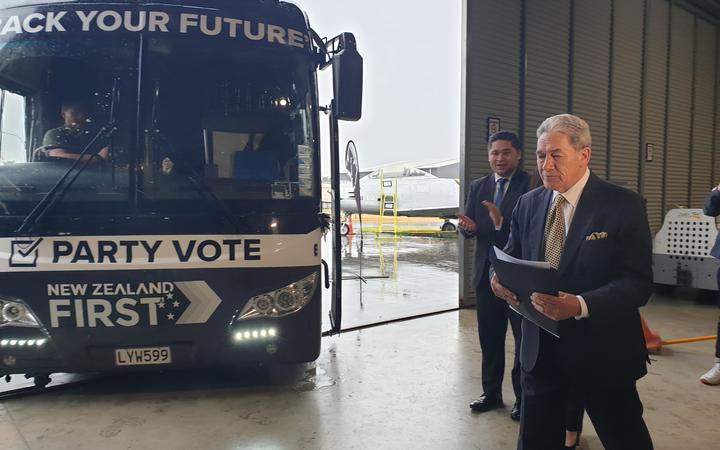 The party's leader said they had been campaigning hard.

"This is not my first rodeo for goodness sake. And it's been a hard, enduring, tiresome experience but that's the way campaigning is and we're going to go right to the wire having done 12,000 kilometres seeing New Zealanders all around the country.

"We have thought of nothing but campaigning as hard as we can go right until 6pm on the 16th of October ... everything else is in the hands of the voters."

He said his party was seeing a surge in support, though that did not appear based on concrete evidence.

"On the media's face, the look of growing anxiety as you try and cover your butts in this campaign I can tell there's a surge on," he said.

"Whether you like it or not there's a huge surge on. There are a whole lot of voters undecided and we can tell by the calls and the messages we're getting that we've done the right thing to hammer this out as hard as we can go, to the last moment."

He said New Zealand First had been stable for the past three years, and would be so again after the election.

"Look, the National Party's lost frontbenchers by the scores, they've also lost three leaders, and the poor government in Jacinda's lost four of her ministers.

"We've been rock solid for all these years, the last three years, and we will be so again."