The tourism industry has reacted well to reports that a travel bubble between some Australian states and New Zealand could be established before Christmas, while National leader Judith Collins says the government isn't being clear. 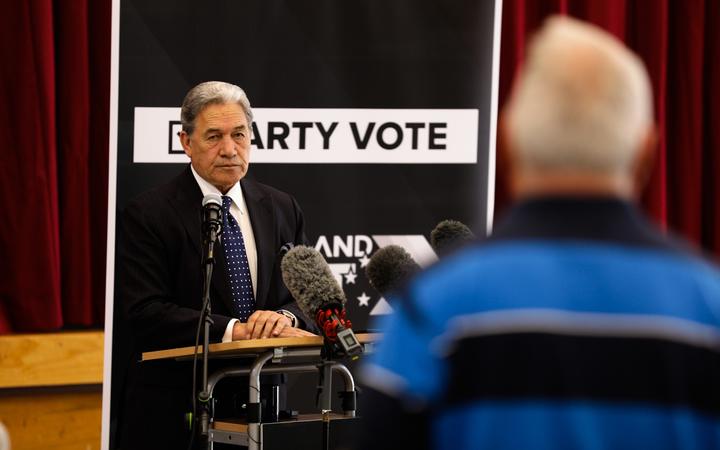 Australian media reports state it would firstly be just with the South Island and initially would only be one way with New Zealanders going to Australia.

Ardern says work on the bubble has never stopped.

"Australia has changed its stance a little bit - previously they were looking at having a whole of Australia bubble with New Zealand and they're now looking at a hot-spot regime which could see state by state travel, that will take a little bit of work to see how that would be deployed," she says.

"Our priority is to make progress but also keep New Zealanders safe."

Victoria remains in a state of lockdown due to the novel coronavirus and will not be considered for travel.

"I don't want to put a time frame on when it could happen," Ardern told media this afternoon, but said aiming for state-by-state travel would be quicker than for Australia as a whole.

Peters says as soon as Australia comes up with a plan the bubble can open.

"What I saw from the Australian prime minister is first there will be one way traffic of New Zealanders going to Australia without having to quarantine," he says.

"That's fantastic but we need it going both ways, we can't be standing around in everlasting caution while businesses go to the wire."

It remains unclear if a bubble is opened, whether New Zealanders will have to quarantine at a cost of $3100 when they return.

Peters says protocols need to be put in place but can be done quickly.

"I see this happening a lot sooner than people think, a lot quicker than before Christmas."

"I think we can keep Covid out and do a good job of a travel bubble but you need a single border agency as we have promoted and we would put in place within 100 days of being elected to do that."

"Samoa is Covid free and they're requiring people to have a negative Covid test before people get on the plane - something that our current government in New Zealand hasn't been able to figure out how to do."

"Officials from both sides of the Tasman are continuing to work together on arrangements for a safe travel zone, so we are ready to go when the time is right.

"There will be a range of health and border requirements that need to be met in order for a trans-Tasman safe travel zone to begin."

Tourism Industry Aotearoa chief executive Chris Roberts says the talk around the border is positive but the industry doesn't want to get ahead of itself.

"At the moment we're presuming that it's going to be a fun summer for kiwis going to Australia but we need to supplement that with a few Australians coming across the ditch that would be a big bonus," he says.

"There have been positive signs before, at one stage we thought we would have the border open with Australia in July, then September, then October and more recently its looked like it will be well into next year.

"So it's good they're now talking about it now being before Christmas but we are not banking on that yet."

He says the only way the bubble will work is if people do not have to quarantine at each side.

"If you still have to isolate then we will see very small numbers of people travelling across the Tasman, what we need is isolation-free travel.

"People can jump on a plane, safely travel for a holiday, to visit family or for a sports event and then go home without the additional time of isolating."

He says the industry has been working hard to come up with ways to keep the border safe.

"A lot of work has gone into that so as soon as the political go ahead is given it won't take long for the border to open."

"If we can get a small fraction of that amount over for the summer it will be a huge financial boost for the whole New Zealand economy."

New Zealanders are doing a great job getting out and about seeing their own country but we need an injection of international travellers he said.