Leader Winston Peters and deputy Fletcher Tabuteau are first and second, respectively. Marcroft has been dropped from her ninth placing last election, to number 17, which makes her path back to Parliament virtually impossible.

Above her are newcomer Talani Meikle at number eight and former MPs Denis O'Rourke (10) and Mahesh Bindra (12).

Peters says, as leader, list rankings are not his responsibility. 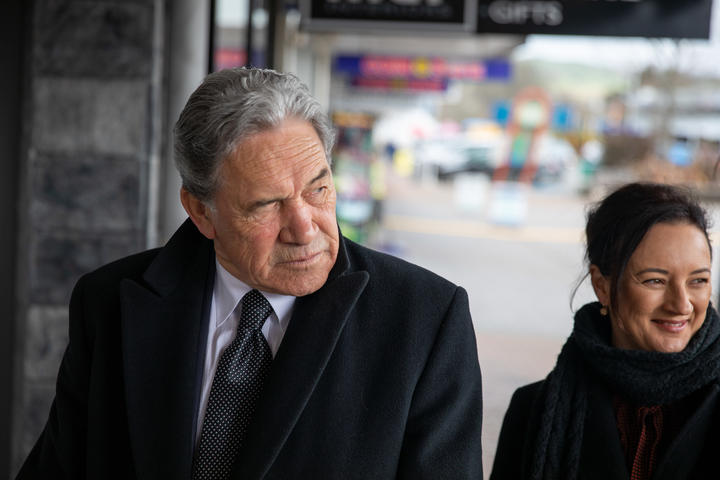 Winston Peters on the campaign trail in Taupō, 17 Sept 2020 with Talani Meikle, at number eight on the party's list. Photo: RNZ / Simon Rogers

"You'll have to ask the listing committee that, I'm not responsible for that. In that context the matter is the board matter of New Zealand First and its directors and that's all I can say."

He says she's been an effective MP.

"Of course ... but I can't go through individual candidates whether I agree or not ... best of the my knowledge, Jenny's been fine and I've done some serious work with her but again you're asking me to respond on behalf of the list committee for which I'm not responsible, the party president is." 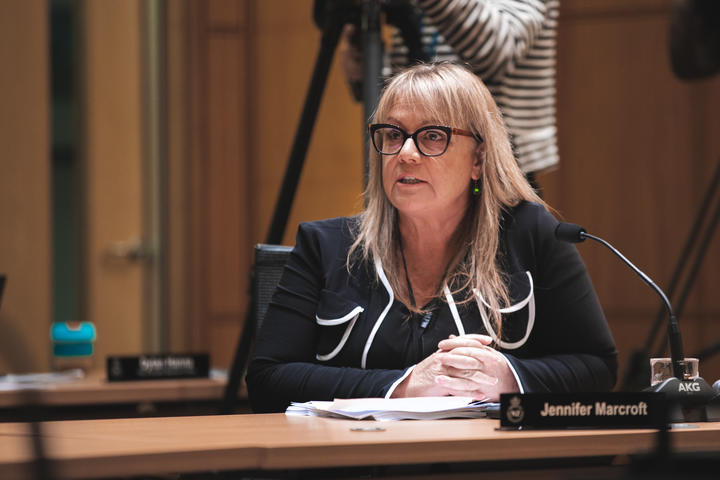 Talani has been an advisor to Tabuteau for last three years. Asked whether the list ranking was a reflection on her work in that time, she took a leaf from her leader's book.

"Well, you'd probably have to ask the listing committee that one."

"In terms of the list placing itself, my opinion doesn't kind of factor into it, as Winston has intimated it's a committee situation to make this decision but certainly it's an honour to be placed at number eight and I look forward to being able to represent New Zealand First in Parliament.

Meikle said she was comfortable with the representation of women in the party and caucus.

"As a woman and as a young woman myself we base these decisions in a democratic process but we also base them on merit. That's something that I'm particularly interested in, in being chosen not through tokenism, not because I'm a woman just to be placed in a position I want to be there because I've got the right skills and the aptitude and the ability to do the job."

Peters denied the list rankings had anything to do with gender.

"You've got no political party with as much women up the top of the party as New Zealand First ... you've got women who've made this decision so I'm standing by what decisions they make."