Green Party co-leader James Shaw has made his first public appearance since the Green School saga, to kick off election campaigning. 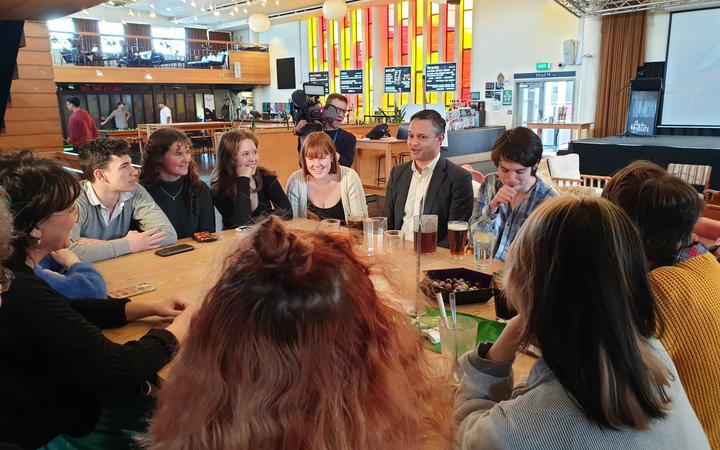 Shaw attended a Wellington Central debate at the Victoria University of Wellington before meeting with students afterwards.

Covid-19 meant that the debate was far from the packed venues usually experienced in the lead up to an election, instead less than 40 people sat in on today's debate, while it was livestreamed on social media.

There were a few technical difficulties along the way, but Shaw said he was adjusting to the new norm.

"It is quite a weird experience as a candidate because a lot of what you do is connect with people in the audience, and when they're down the barrel of the camera it's obviously quite a different experience, but we've all got to adapt to the experiences we find ourselves in and make the best of it," he said.

It came as no surprise student issues were the main focus of the debate.

"$250 a week is not enough to live on, you need at least a minimum of $325 a week, so this election we are campaigning on a guaranteed minimum income for people who need it," he said.

"Obviously that's people who are unemployed or under-employed. But that also includes students both undergrad and postgrad students." 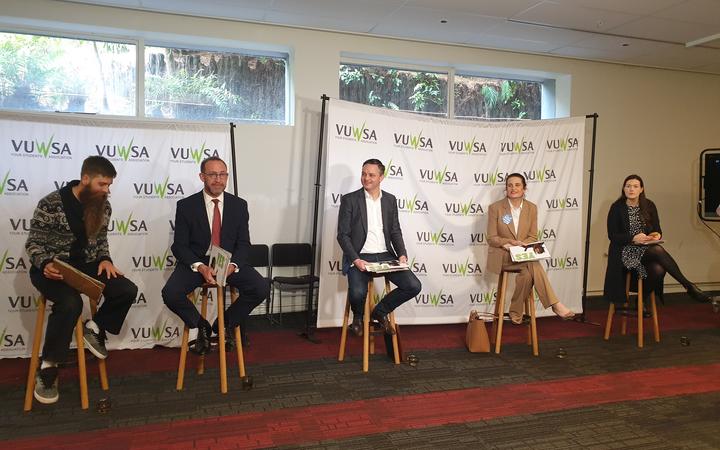 The Wellington Central debate was livestreamed with less than 40 people present due to Covid restrictions. Photo: RNZ / Charlie Dreaver

The topic of education landed the co-leader in hot water in recent weeks, when he championed for almost $12 million in funding to go to the private Green School in Taranaki - a move at odds with the party's stance on private schools.

He has since apologised, calling it an error of judgement, and saying the money will most likely be in the form of a loan rather than grant.

He was hopeful it won't be casting too much of a shadow on campaigning.

"I think when people look at our track record of action on climate change, on conservation and on ending inequality in this country, I think that people will be able to make their own mind up about whether or not we should be a part of the next government."

With polls having the Green Party teetering on the 5 percent threshold, the party is preparing to fight tooth and nail for votes.

However, Shaw was at ease meeting students at the uni bar, as he told students about his past experience of campaigning at pubs in London.

He will swap the beers for water tonight, where he'll be speaking at the Aro Valley debate, notorious for soaking candidates with water pistols.