The National Party has proposed spending $300 million to fix three notorious Hawke's Bay highways, but its opponents say they're nothing but "ghost roads". 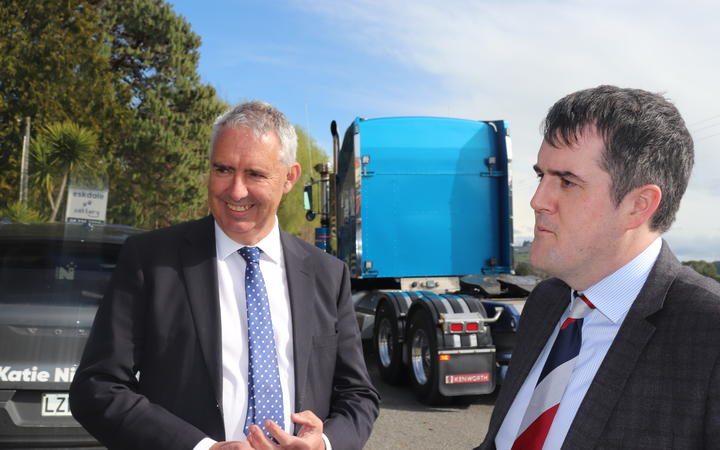 If elected, the party said it would fast-track improvements on the dangerous Napier-Taupō road (State Highway 5), four lane part of the Hawke's Bay Expressway and upgrade the Napier-Wairoa Rd (both SH2).

National's Transport spokesperson Chris Bishop announced the proposal this morning, alongside Tukituki MP Lawrence Yule and National's Napier candidate Katie Nimon on the edge of SH5 at Eskdale near Napier.

The Napier-Taupō road has claimed eight lives in the past year.

"The Government claims to have made road safety one of its top priorities but says there is no money for major capital works between Napier and Taupō," Bishop said.

"It's a death trap, described by the Road Transport Forum as a patchwork quilt in terms of potholes and poor seal on the road." 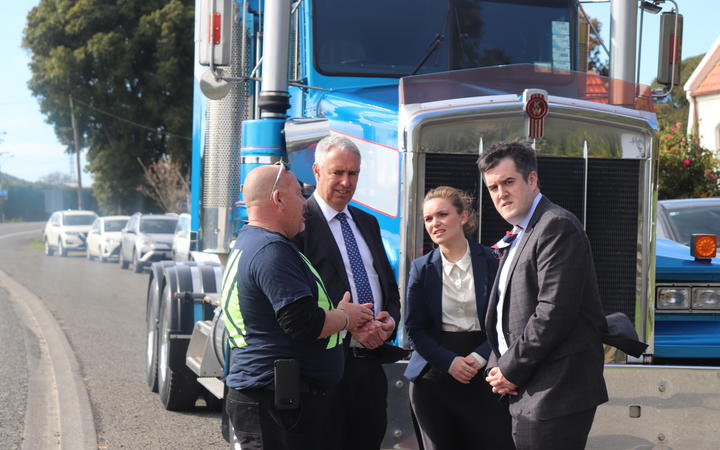 The party committed to upgrading the Napier-Wairoa section of State Highway 2, where there has been 21 deaths and 56 serious injuries between 2005 and 2015.

Bishop said the road needed more safety barriers, seal widening and improvements to its surface to reduce the risk of head-on crashes.

National would also urgently four-lane part of the Hawke's Bay Expressway, between Napier and Hastings. The road between the Links Rd roundabout and Meeanee Rd overbridge near Taradale would be upgraded, believed to be the most congested.

This is less than what the party announced at the last election, when it committed to four-laning the entire expressway.

Yule said it would look at four-laning the whole expressway in the long term.

About $200m would go towards the Napier-Taupō Rd, $35m for the expressway and $65m on the Napier-Wairoa Rd.

Twyford claimed National had "no funding, no timeframe, and no telling what they will cut to try and pay for it.

"One of the legacies of the last government was a road network full of potholes after they flatlined the road maintenance budget.

"We are investing $5.5 billion to play catch up and bring the network up to scratch. Because of our funding boost, there will be an increase in resurfacing work over the next five years for Hawke's Bay - including a large resealing and rebuilding programme for SH5.

"In the coming months, NZTA will also be supporting a region-wide road safety campaign alongside police and Roadsafe Hawke's Bay, as well as looking at what other safety improvements can be done. There are already safety upgrades being installed under this government on SH2 between Napier and Wairoa, including wider shoulders, rumble strips and safety barriers."