National Party leader Judith Collins says they don't want to release more of their election vows too early, but has ruled out any cuts to welfare. 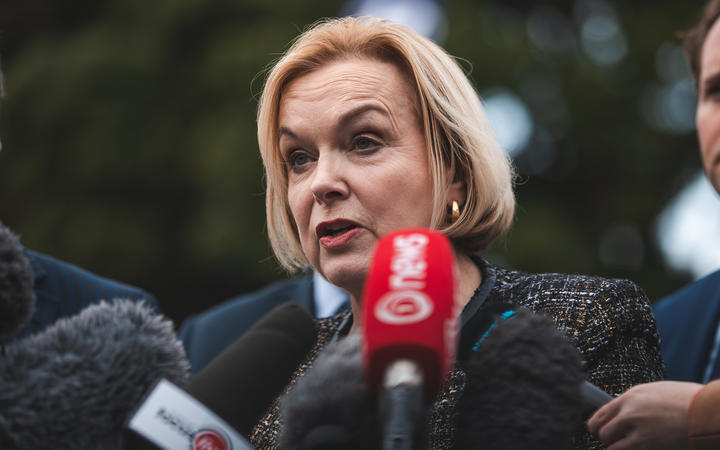 Collins told Morning Report that announcements would come out as a rolling maul, and more could be expected this week.

However, she said they were worried about Labour stealing their plans considering they hadn't released their 'manifesto' yet.

"There's a whole raft of policies that will be coming out. As you know, if we pop them out too early then the government, who doesn't seem to want to have any policies put out, will maybe just steal them and say gosh there it is."

So far, most of the party's announcements have been in regards to transport, but Collins said that would be expanded soon.

"It's very important that we get those parts of the infrastructure plan out but also we've got other announcements coming very soon."

She said the party was trying to make the best use of funding and people could expect the "usual increases".

"The characterisation of massive cuts, which the leader of the Labour Party has used, against us is entirely false, and I suggest she waits until the policy comes out."

She also ruled out any cuts to welfare, saying voters needed to have confidence they would not be left high and dry.

"It's incredibly important in a time when we have people looking at in some cases big increases in unemployment, although I see the unemployment numbers are out today. We'll have a look at those and what else is happening in terms of expected losses, particularly when the wage subsidy is due to come off on 1 September."

Their plans will be independently costed by a group of economists, Collins said.

"We will have it done before the first of the major leaders debate."

On their polling figures, she said they were doing "pretty well" along the same lines they had previously indicated of about 40 percent.

"But I'm very aware that polling is just a snapshot and we have to earn every single vote and that's what I'm focused on."

Heading into the elections, Collins will have quite a few new members under her wing after several senior members quit the party this year.

"What those new people will lack in political experience will certainly have made up in either business experience or in experience of other sectors of the community."