With just under two months until the election, political scandals just keep coming. 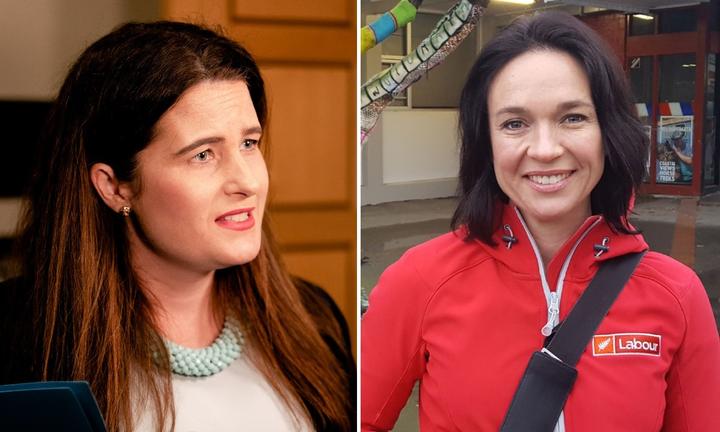 First-term MPs Ginny Andersen from Labour and Nicola Willis from National spoke to Morning Report about the culture in Parliament and its impact on politicians and the public.

Q: Is there more scandal to come, do you think?

Andersen: "I think we do need to do better. This is a wake-up call to those who engage in poor behaviour. Parliament is a unique environment but I feel strongly that we can't taint the whole place with just a few."

Willis: "These are really disappointing events and I'm very sad not only for the victims and each of those affected in these incidents but also I want a Parliament where people aspire to work want good people to be representatives, to want to come and work here, to contribute to our Parliamentary democracy. These actions by a few taint us all and that's really disappointing."

Q: Is Parliament a safe place to work in, especially as a woman?

Andersen: "I think it is, yes. I worked in Parliament well over a decade ago and I think there has been a huge improvement in terms of culture. It's a far more family-friendly place. We don't have 3am sittings, you don't see that late night in the bar ... and in fact we have more women and more diversity which provides a better and safer place and I have never felt unsafe in Parliament as a woman."

Q: So it's become better and safer as there are fewer men, Nicola?

Willis: "I want to take a slightly different answer to that question because I think what the Francis Report showed a year ago is that Parliament has not been a safe place for some people, there are significant power imbalances at play in this workplace and I think that means there is more we should do to make this a safer, supportive working environment."

Q: Do you support this idea of a workplace code of conduct?

Willis: "There's been a cross-party group that's been working steadily on responding to the Francis Report. I understand that group have been collaborating on what are the set of behaviours or expectations that could be outlined in a document that everyone could agree, [that] everyone working in Parliamentary should be expected to uphold - I understand there has been good progress made on that but you are right. It does not look like that is going to be signed off before the election."

Q: How do you think the public views Parliament right now?

Andersen: "I think we have got a lot of improvement to make. It saddens me to be honest, that there are a few who provide a negative perception. Yes we do need to improve, we always need to improve, but let's not forget that Parliament is a place where important change happens, where good things are generated from and I want people to think of that as well ... I would like them to be reminded that yes, there is room for improvement, but there are still good things that happen there."

Andersen: "It is not a good look, I will not deny that, we do need to improve, there needs to be far better standards, and a far more positive culture in general. I think the fact that all parties agree to this and no-one will deny that shows that there is a different environment in there that people want it to change and want it to be perceived as a far more positive place."

Q: Do you think the voters will be switched off by all of this?

Willis: "I think that voters finds this awful, that actually it diminishes their trust in each of us and that's what's most disappointing about it because my Parliamentary colleagues - and I mean this for both sides of the House and every party, by and large are working really hard for their constituents. They are in Parliament because they care about you, your job, your family, your school and what the public see instead is grubbiness. And I don't want that to be the perception of our roles and our work, so we all have a lot of work to do to re-establish trust and demonstrate we are worthy of the roles we play in our communities."

Q: Are you both happy to go on the record now and say you wouldn't leak anything, you wouldn't play the dirty politics card?

Andersen: "Completely. I got into politics for the reason of trying to turn that around. I believe strongly that you should walk the talk, that you should deliver what you say you do and I on a daily basis live by those rules and I look up to those members of Parliament who do the same."

Willis: "I came to Parliament because I care about policy and issues and ideas and that's what I'm there for. I also believe in the values of the National Party and a very important one of which is personal responsibility and I do take responsibility for my actions and my behaviour and the impact that has on others."