Opinion - Entitlement is the common thread in the recent downfalls of four National MPs. 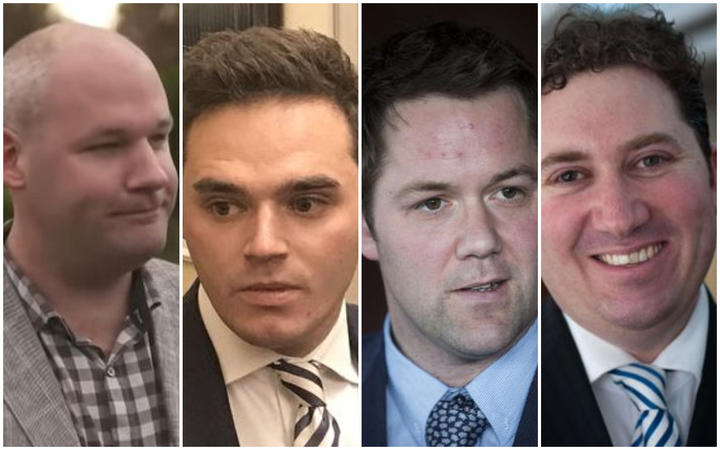 Aaron Gilmore in 2013, Todd Barclay in 2017 and Hamish Walker and Andrew Falloon in 2020 have all left Parliament under a cloud after short-lived political careers.

As well as being National MPs, the four were also all male, Pākehā and youthful when elected to Parliament. Barclay, Walker and Falloon, in safe National seats, were virtually guaranteed highly-paid jobs as politicians for life.

Gilmore lost his position after a drunken, abusive dinner during which he called a waiter a dickhead, asked the server "Do you know who I am?" and then threatened to have him sacked by the Prime Minister.

Barclay left Parliament after falling out with staff who said he shouted at them and blamed them for things that were not their fault, as well as having little time for older constituents or the nitty gritty of electorate work. Barclay placed a secret recorder in his office to tape staff conversations, then denied it and tried to hush up his actions.

All four men occupied incredibly privileged positions - being paid three times the median wage plus expenses, and having people defer to them and smooth their way through life.

But none of them recognised their good fortunes. Instead, they believed their positions were a result of merit and their Master-of-the-Universe white maleness entitled them to what they had been given.

It is here that entitlement intersects awkwardly for the party with the spotlight recently shone on National's lack of diversity.

New National Party leader Judith Collins and her deputy Gerry Brownlee have steadfastly denied the importance of ethnic diversity in their caucus. Collins ridiculed a serious issue by asking "Is there something wrong with me being white?" while Brownlee insulted all of National's non-Pākehā MPs by stating that balancing competence and diversity was not always easy.

Since our Parliament first sat in 1854, it has been dominated by male and Pākehā MPs. That has changed only slowly since the first MMP election in 1996. We are still working our way towards having a Parliament which is truly a House of Representatives, in which citizens can see people like themselves representing them.

That is important because people from different backgrounds bring different experiences and perspectives to politics, and also act as role models for others from marginalised communities.

Ironically, National's insistence that diversity does not matter is now seriously harming the party. In addition to the losses of the contributions which would be offered by MPs from a wide range of backgrounds, National's monochromatic line-up is perpetuating entitled, outdated attitudes among those whom it selects to represent it.

Why would its MPs feel any need to address their own racism and sexism when both the party and our society reward them so richly for being exactly what they are?

If National really wants to extricate itself from its current mess, it would do well to cast an extremely wide net when running selections for the growing number of vacancies it has to fill.

Last year, National selected a 17-year-old Pākehā male, William Wood, as its 2020 Palmerston North candidate, with members giving him the nod over Joanne Hayes, a sitting National MP who is female and one of the party's few Māori MPs.

In December, Wood posted and then deleted from his Facebook page a picture of himself with a friend who was wearing a Make America Great Again hat and making the hand gesture used by white supremacists.

Diversity matters in many ways.

* Cat MacLennan is a journalist, lawyer and researcher.