Covid-19 will dominate campaigning ahead of September's election and Labour's congress this weekend is no exception. 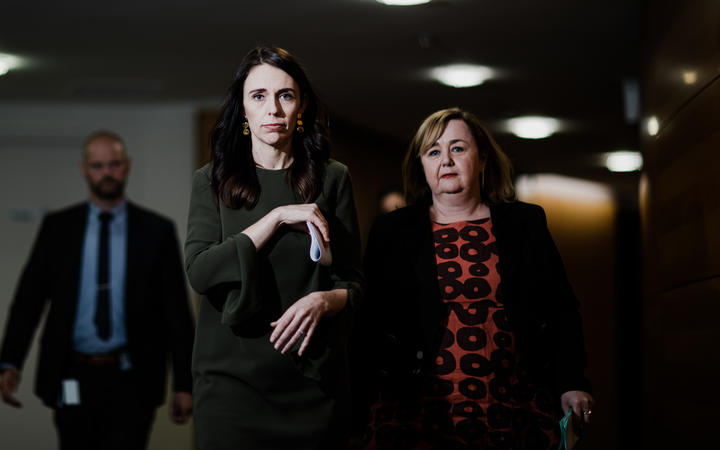 In a first for the party, Labour's annual conference - which starts today - is going mostly virtual.

But, Prime Minister Jacinda Ardern will be at Te Papa in Wellington tomorrow for her leader's speech to the party.

"Usually each electorate will take delegates up to a congress and you'd have all the electorates coming together, this year we are saying we want people to stay where they are in their cities and towns and get together, do some phone calls before and after it and get into the campaign that way."

Labour last year announced at its annual conference it would spend big on infrastructure and loosen the purse strings, only to be dwarfed by the $50 billion Covid-19 recovery package announced in this year's Budget.

Ardern said the party would this weekend reflect on the global pandemic.

"In this Covid recovery it has to be about jobs and training and supporting our businesses to help lead our recovery, so yes it is an election year, but it is also a global pandemic where we have to focus on our rebuild," she said.

Attention needed to be on keeping the government's current momentum going, Ardern said.

"We have a plan for our Covid recovery and what we will be seeking is a mandate to keep going rather than slowing down, which is what a change of government would do," she said.

Woods will be providing an update on the campaign, as part of this weekend's congress.

The campaign was constantly being tweaked while moving through the different Covid-19 alert levels, she said.

"We didn't think people wanted strangers turning up to their doorstops talking to them about anything, let alone politics, until people felt a bit safer.

"Some of the numbers we would normally see around door-knocking they're a bit later starting this campaign," she said.

Volunteers were instead used to make welfare calls during the lockdown period, she said.

All key timelines, such as creating a party list, have happened according to schedule, so the party is on track ahead of 19 September, she said.

Woods said the slogan is about asking New Zealand to keep the country moving in the right direction under Jacinda Ardern's leadership.

She said the country has fought the Covid-19 virus and now has opportunities that others do not have to restart the economy and bounce back sooner and stronger.

Labour's plan to respond, recover and rebuild is already in motion, she said.