Few supporters could be found in David Clark's electorate of Dunedin today - a seat he won by more than 11,000 votes in the last election. 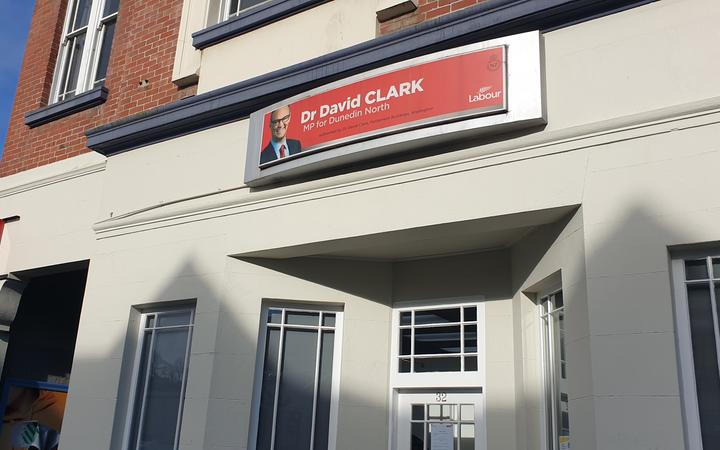 Clark formally resigned as Health Minister today after recent controversies in his handling of the Covid-19 response.

Labour has held the Dunedin seat for decades with Clark at the helm since 2011.

It is also where he flouted level 4 lockdown rules by taking his family to the beach and then driving to a mountain bike track.

Michael has met Clark a few times while living in his electorate, and said he was a nice guy but not up to the job of Health Minister.

"Well I'm not quite sure really what he's achieved over that period of time so it's hard to comment," Michael said.

"Obviously we've got a Dunedin Hospital coming up, but that was announced by the prior government. Really not sure what he's achieved to be frank."

The prime minister should have sacked him ages ago, he said.

"Just wondering why the prime minister is so incapable of actually holding anyone to account.

"Why isn't the prime minister actually sacking these people that are under-performing rather than waiting for them to resign? So we've got a record of continuous, you know, people not being held accountable for doing the jobs that they've been voted in to do and elected to do. It's just unbelievable."

Dunedin resident James is upset to hear about the resignation.

"I don't like to think of someone who's worked as hard as he has resigning. It seems to me a waste of human resource," James said.

Clark supported the prime minister with confidence, diplomacy and workmanship, he said.

In the last election, David Clark received 21,000 - or about 58 percent of the valid votes - in the now renamed Dunedin North seat.

Glenda is one of those voters.

"Everyone else had to lockdown and almost you felt like ... the only thing missing on your leg was a little ankle bracelet when we stayed at home. So if it's good enough for everybody else, he certainly should have been creating an example for everyone because he was the health minister."

Even as a staunch Labour supporter, she said it was time for some fresh blood.

"I think it's probably time to put someone else in actually. I am a Labour supporter, but my opinion of David Clark has sort of gone downhill a wee bit over his performance."

One Dunedin woman - who asked not to be named - is pleased to hear of his resignation.

"I'm really happy that he decided to step up and take ownership of that. Being the health minister I think the buck stops with him and he should have been more involved in the whole handling and outlook of how it all went down, and I'm glad that he's finally taken some accountability."

She is not against seeing his name back on the ballot.

"I think it's brave considering what's happened over the last eight to 10 weeks."

One student based in his electorate said David Clark's mistakes should not dismiss the work he has done during the pandemic.

He was prepared to give Clark his vote if he owns up to his behaviour during lockdown.

"I've met him, I've met his kids. He's definitely not a hard, arrogant dickhead," he said.

"In the electorate I think that's definitely a good thing because it's very easy for politicians to be very curt, I guess. I think we definitely need more people who can be actual people in politics."

Tina lives in the neighbouring electorate of Taieri.

She wanted to see Clark gone weeks ago, saying he needed to practise what he preached during lockdown.

"I don't think he's been up front. He didn't make himself visible and he should have been primarily visible over the lockdown period being the Minister of Health. He just - to me - wasn't there," Tina said.

He should reconsider standing for MP again, she said.

"For some people, I know that Dunedin are very strong Labour supporters here. But I'm sure it's time to sort of rethink who you're actually electing into Parliament ... You have to look at track records.

"He's progressed as far as he can go, he won't go any further."

With the general election only months away, time will tell whether he will have another chance to represent Dunedin voters.