The National Party under Simon Bridges has just 29 percent support according to the latest poll from TVNZ.

The figure is a 17 percent fall for the opposition party from the previous 1News Colmar Brunton Poll, and is the lowest for National since 2003.

Labour was up 18 percent on the previous 1News poll to 59 percent, the best result for that party in the history of the poll.

In the race for preferred prime minister, Jacinda Ardern had 63 percent support - the highest ever figure for a PM in the poll, while Simon Bridges was at just 5 percent.

The Greens had 4.7 percent support, while NZ First was at 3 percent.

The poll follows on the heels of another carried out by Reid-Research for Newshub and published on Monday, which showed a big 14 percentage point jump for Labour, to 56.5, and a 12.7 percentage point tumble for National to 30.6.

Under those numbers, Labour could govern alone and have 11 seats left over.

But Bridges told 1 News he would not step down.

"I am very confident [for] tomorrow, but those are now things for the caucus," he said.

Bridges said the poll result was not because of poor leadership.

"It is Covid-19, it is a lockdown and wall to wall coverage, but it is also a week right now when we've got public polls that feed each other and also a question of a leadership contest, these things are lets be honest hugely distracting," he said.

He was still confident the numbers were there among his caucus to keep the leadership.

"Literally tomorrow we will have the leadership question out of the way," he said. 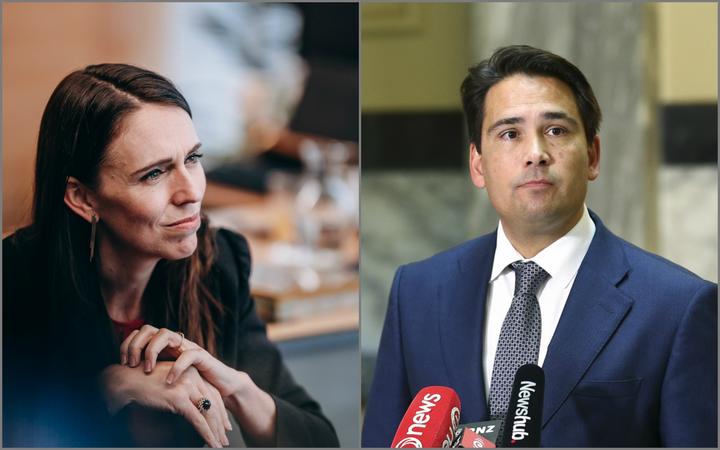 That poll also showed just 4.5 percent support for National leader Simon Bridges as preferred Prime Minister. The low polling and ensuing criticism of his leadership led him to call out his challengers with an emergency caucus vote.

National Bay of Plenty MP Todd Muller stepped up to the challenge, emailing colleagues to say given the "enormous" economic challenge ahead, it was "essential" National win the election in September - and it could not do so with Bridges leading.

It all comes to a head tomorrow, when the National caucus comes together to vote on whether to replace Bridges or his deputy Paula Bennett.

Former National and NZ First MP Tau Henare said he thought Bridges would be gone at the September election if not before.

He said the polls had not only been about Ardern's prominence through the Covid-19 response.

"It's been about Simon and the way he's handled it since he became leader, and it's been going down every time," Henare said.

"It's not only bad for Simon but it's bad for the party. What's worse for the party is that a couple of months out from an election they're having a leadership debate, a leadership challenge, which we thought only happened in Labour.

"This will devastate National like most of them haven't seen before."

Political commentator David Cormack said that with the latest poll numbers, he believed Judith Collins would swing in behind Todd Muller.

Cormack said the situation is different to 2017 when then-Labour leader Andrew Little stepped aside for Ardern, but remained a high-ranking MP in Labour.

"I think Andrew was a man of dignity and Simon hasn't really shown that... I think he's more inclined to take a 'burn it all down' approach.

"He already threatened the caucus earlier that if they rolled him he'd trigger a by-election, but I think he wildly overestimated his importance to Tauranga. I think National could run a donkey in that electorate and still probably win it," Cormack said.

"National are not going to win this election," he said.

"Todd's not an inspiring guy, I don't think he's going to inspire Mullermania the way we saw Jacindamania. It's still a chance, but I'd say at this stage, Simon, he's buggered," Cormack said.