With less than 24 hours to go, National MP Todd Muller is on a sprint to pitch his case to all his colleagues ahead of a vote on the party's leadership. 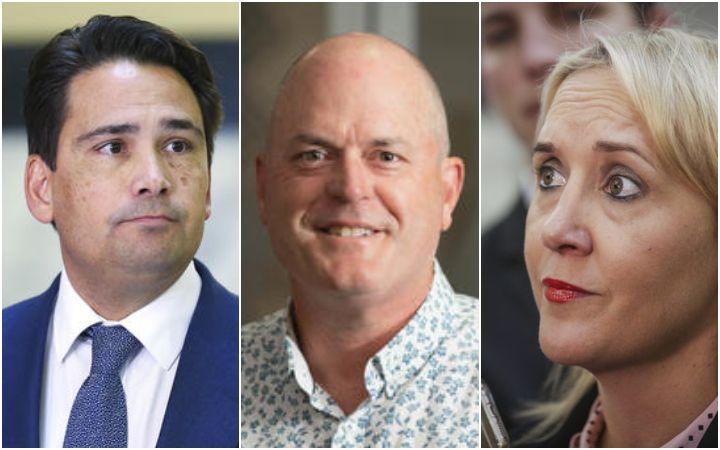 After calling Muller's bluff on his media rounds yesterday morning, leader Simon Bridges has summoned National MPs to Parliament for an emergency midday caucus meeting to decide who will lead the party into the 19 September election.

Yesterday morning Muller hadn't gone public with his plan to topple Bridges but was flushed out by his leader and returned fire with fire when he emailed his National Party colleagues late yesterday afternoon saying he was the right person to lead the party to victory.

"I share the view of the majority of my colleagues that this is not possible under the current leadership," he wrote.

This series of events is nothing like the way the National Party normally conducts leadership changes, which for the most part are tidy mini-campaigns where contenders publicly declare they're running and a ballot is held.

This race - as short as it is, starting at 7am yesterday and expected to expire mid-afternoon tomorrow - is messy and not being held behind closed doors in usual National Party fashion.

It's understood Muller is running on a ticket with Auckland Central MP and former minister Nikki Kaye - who has, not once, but twice beaten Jacinda Ardern for the seat.

Kaye flew into Wellington today ahead of tomorrow's vote at Parliament.

But at Wellington Airport, Kaye would not publicly confirm she is seeking the deputy position.

"Oh look I think these issues are matters for the caucus," she said.

Long-time leadership aspirant Judith Collins has ruled herself out of the race tomorrow and with fewer than 24 hours to go the chances of anyone else putting their hand up is increasingly unlikely.

So at midday tomorrow, failing any last minute bids, Bridges and Muller will go head-to-head in a ballot.

It's understood a vote of confidence in Bridges' leadership is not likely, and instead it will just be a straight vote on who should be leader.

With MPs from both camps saying they have strong support, but nobody prepared to say they have a majority, the vote looks to be too close to call.

One MP told RNZ it was quite difficult to determine if one candidate had the numbers over the other because "it's human nature for people to express support for more than one person'' so as not to let anyone down.

So even if Bridges or Muller think they have the numbers going into tomorrow's caucus, it's quite possible they won't get all of the votes they'd banked on.

The leadership showdown comes after a horror Newshub Reid Research poll for the party on Monday night.

National's support has sunk to 30 percent and on that number at least 16 National MPs would be gone.

With the One News-Colmar Brunton poll due at 6pm, MPs from both camps will be watching closely to see what impact, if any, it might have on those MPs planning to sleep on their vote.