Labour would be comfortably able to govern alone based on a Newshub Reid-Research poll released tonight. 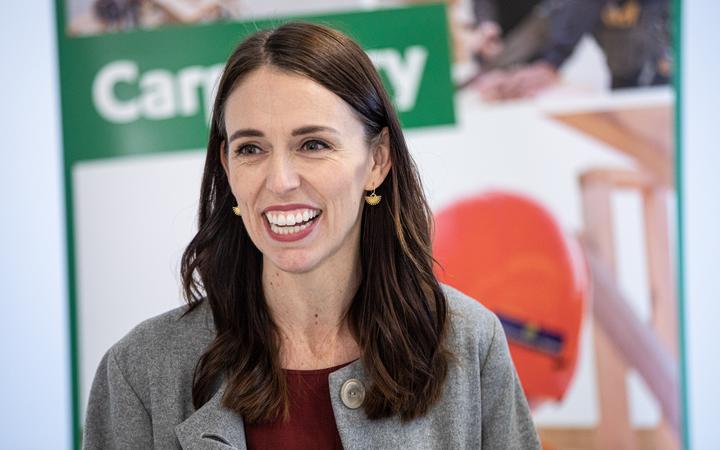 Jacinda Ardern's popularity and her party's has skyrocketed in the aftermath of the nationwide Covid-19 lockdown.

The Greens sneak in just above the 5 percent threshold while New Zealand First falls to 2.7 percent.

On those numbers Labour would hold 72 seats in Parliament - 11 more than needed to govern - and New Zealand First would be gone.

It would mean at least 16 current National Party MPs would lose their seats.

Ardern told Newshub, "it speaks to the work we've jointly done. I just happen to have had the humble and privileged opportunity to be leading at this time."

In a statement, National's leader Simon Bridges said the results were not surprising.

"Governments the world over have seen a boost following Covid-19. We've seen wall to wall coverage of the government during the crisis.

"But that wasn't an election campaign, which will be about our economic future. National has the team and the track record for jobs and growth and that will put us in a much stronger position as we head towards the election," he said.

Ardern's own popularity has also soared - up 20.8 points to 59.5 - and Bridges' preferred prime minister rating drops down to 4.5.

The poll was conducted between the 8 and 16 May and has a margin of error of 3.1 percent.

The election is set down for 19 September and on the two polls before tonight's, National was in the lead.

In February, Colmar Brunton had National on 46 points, which combined with ACT would have allowed it to govern.

The last Newshub Reid-Research poll, also in February, had National on 43.3 - just ahead of Labour on 42.5.

"I would have expected a big swing to the government and harm to the opposition but this is absolutely massive," right-wing political commentator Matthew Hooton told Checkpoint.

"It suggests National is on its way to lose about 12 seats, that's 12 MPs who will lose their jobs.

"The gap between National and Labour is 26 points... a 25 percent gap is absolutely enormous and there is no way back for National on this unless it makes some radical changes.

"He's a perfectly pleasant person Andrew Little but the public did not like him, and so Labour had no choice in the end but to get rid of him, and National is now at that point."

Hooton said, that if National "acts rationally" it would wait to see how the upcoming TVNZ-Colmar Brunton poll looked. He thought it will be revealed on Thursday.

If it showed similar numbers to the Newshub-Reid Research poll, Hooton said the pressure would be on Bridges to quit the leadership at next Tuesday's National Party caucus.