Prime Minister Jacinda Ardern has hit back at the opposition's "cynical politics" after they called her government's $50 billion Covid rescue package an election bribe. 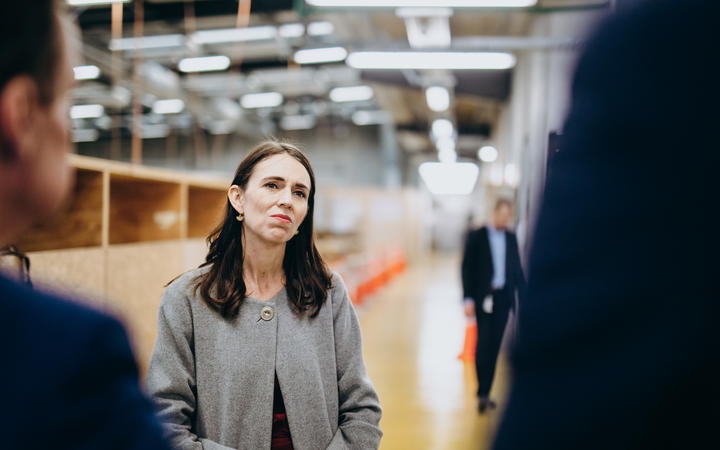 In her first public appearance in eight weeks, Ardern visited a state housing worksite in Petone, near Wellington, to meet and speak to construction workers the day after her government delivered its election-year Budget.

The Budget laid out an initial $16bn of spending, and with $14bn already been allocated, that left about $20bn untagged.

National Party leader Simon Bridges yesterday criticised the $20bn of unspent money, saying it was an election bribe four months out from New Zealanders heading to the polls.

She said Bridges' criticism was just "cynical politics" and the whole point of the recovery package was to grow jobs and support struggling industries, like the tourism sector.

"It is called a Covid response and recovery fund - and that is what it's for,'' she said.

"With the country now at Level 2 there should be a level of respect for all political parties entering into the campaign period.

"The daily broadcasts have gone from important health information to a party-political broadcast and ads on TV that feature Ministers are no longer appropriate,'' she said.

With four months to go until the election, attention is turning to policy, particularly around tax with debt looking set to jump by about $140b in the next four years.

That has to be paid back one day.

There were no tax hikes at all in yesterday's Budget - but Finance Minister Grant Robertson would not say if they could come in a second term.

"Clearly there's always a discussion about tax at an election and we'll release our policy, other parties in the government coalition will realease theirs.

"The National Party will release theirs and we'll have that debate then,'' he said.

Ardern said she had no appetite to put up tax, and any such suggestion was scaremongering.

"Know us by our deeds and what you have seen in response to Covid is us actually putting in place packages that give back to business, rather than take,'' she said.