Whānau Ora providers are sceptical the significant boost in funding announced in the Budget will meet the huge demand from families doing it tough.

The government has topped up the Whānau Ora budget by $136 million over the next two years, with $53m going to the Covid-19 response, and $73m for the three commissioning agencies.

Minister for Whānau Ora Peeni Henare said that more than 15,000 new whānau reached out to Whānau Ora support services over the last two months, and that is only expected to grow.

Hau Ora o Ngā Puhi, a Whānu Ora provider based in the Far North town of Kaikohe, has been inundated with families needing help to pay for large power bills or needing food packs.

The provider is run by Te Rūnanga o Ngā Puhi, and its chief executive Te Ropu Poa said the Budget increase "looks okay on paper" but was unsure if it would help families in the long-term.

She said funding allocation to Whānau Ora providers should be weighted towards those situated in rural areas that have higher travel costs, and lower employment.

She was disappointed there were no increases to benefits or to help with household costs.

"If you're looking at entitlements, and there's no increase, there certainly should have been the ability to assess more on the need per household."

Kaikohe, and the wider Te Tai Tokerau region, are already struggling with a drought, high unemployment and a lack of affordable housing, and Poa said these problems were being exacerbated by Covid-19.

"We've just seen an increase in the number of young people who don't have anywhere to live [and] because they don't have any work there is an inability to pay the market rents, so with our emergency housing programme we started last week we already have a waiting list."

Te Pūtahitanga o te Waipounamu, the South Island Whānau Ora commissioning agency, has had 4200 more whānau to support over lockdown - more than they would usually see in one year.

"[I'm] terribly concerned about some of the situations that our families are facing - excessive power bill demands, housing inadequacy, the experiences of whānau who have gone through job loss, who have compromised health.

"We were looking for a Budget that would enable opportunities to address hardship, to nurture aspiration, and to foster innovation - it is unclear at this time whether this Budget will deliver on our expectations," she said.

She was pleased that it appeared from the Budget the government was committed to funding Whānau Ora in the longer-term, as the operational funding had been consolidated and brought together previous funding adjustments in earlier budgets.

After speaking with the Minister for Whānau Ora, Leahy said the needs and rights of whānau in the wake of Covid-19 had been considered in this Whānau Ora budget.

"We are pleased that the government has seen fit to invest not only in Covid-19 recovery and rebuild, but also in the strengthening of whānau resilience and support for Whānau Ora Navigators to walk alongside whānau in the difficult days ahead."

North Island commissioning agency head Merepeka Raukawa-Tait said there was some confusion around the distribution of funds and the difference between operational and additional funding.

But after meetings with the Minister since the Budget announcement, she said that had been clarified, and she was pleased the government was committed to Whānau Ora.

"We needed to be funded so that we can continue to do the work that we've done so we have got agreement around that. It really is around the dollars where they are going to and who is going to be providing their services, so any concerns we might have had have been allayed by the Minister." 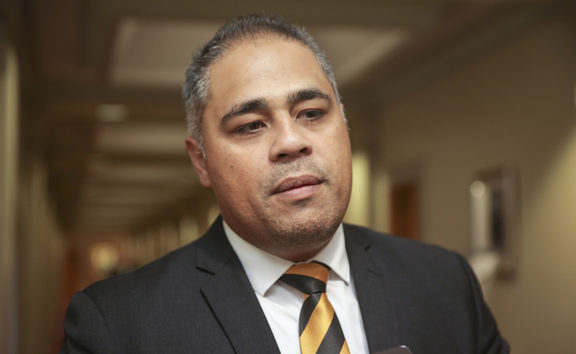 Minister of Whānau Ora Peeni Henare said that the funding was designed to be a top-up to the $15m in funding the agencies had already received for the level 4 lockdown.

"We were always clear that the follow-up package would be about looking towards the short to medium-term challenges as we enter into a post-Covid world."

He came under fire last year after funding earmarked for Whānau Ora was given to government agencies instead, which resulted in a group of prominent Māori leaders taking a claim to the Waitangi Tribunal over the lack of transparency and inadequacy of Whānau Ora funding.

Minister Henare has assured them that this is not happening now.

"None of the money that was announced in the Budget today, has been tagged to any other initiative other than ones that we can work together on with commissioning agencies to serve our people."

He said the only exception was the 1 percent of the Budget announcement, which would be used for administration purposes for Te Puni Kōkiri.