When lockdown was announced, the urge to return home was strong for Shirley Simmonds. Instead, her tūpuna line the back wall of the wharenui and wait, just as the season's harvest goes uneaten... 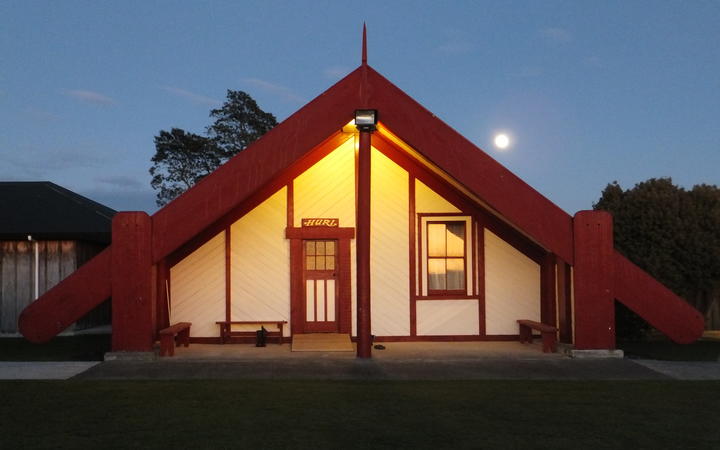 First person - Earlier this year I met an economist. Not really my strength, economics, but I once did a paper in health economics, and I know it's not all about money like so many think it is. So, I thought that might equip me enough to hold up my half of a conversation.

Him: I'm an economist. Do you know anything about economics? [like, he actually said this].

Me: Sure [I'm actually ready for this] it's all about exchange, isn't it [knowing smile]. Reciprocity, transfer of goods. Exchange [wise nod].

Him: It's all about people.

We have a well-known saying in te ao Māori; he aha te mea nui o te ao? He tangata (and then say it two more times to reinforce). The most important thing in the world is people. As a person myself, and a mum of little persons, I totally agree.

When I first learned that our country was going into lockdown, I had a distinct urge to go home. I don't mean the place where I pay my mortgage, mow lawns, and fold mountains of washing every day.

The urge was primal. To go back and throw open the doors and windows, light the fire, flick on the zip, haul out the mattresses, fork spuds from the soil, chop onions, butter bread... 'cos - aren't we getting ready?

But there were no manuhiri coming. And we can't go home.

The doors to Huri are closed. No voices fill the walls, no thrumming guitars, no belly laughter, no chainsaw-snoring or thundering flatulence into the sweet night air. Our framed tūpuna line the back wall and wait. The doors to Akamorunga are closed. No clatter of cutlery, no scrape of chairs, no steamy boilup, smokey hāngī, buttered rēwena or golden steamed pudding.

No night-time bullrush on the marae ātea. The hāngī pit is cold. There's no crackling fire in the kāuta. All marae bookings are cancelled. Pikitū is closed. Even tangi. Even the urupā is closed.

This year at Pikitū we got our first small harvest from the fruit trees - a handful of peaches, some bunches of grapes. Three years ago, for the first time in decades, we tilled the whenua and planted. Taewa Māori, kūmara, pumpkin, kamokamo. Tomatoes, onions, strawberries. Peach trees, grape vines and plums. A little mandarin tree.

Right now, as the season rolls on through the time of harvest, in the gardens at Pikitū - our spuds are going undug, pumpkins going uneaten. Tomatoes are falling from their shrivelled vine and turning to mulch. Fat strawberries are being chomped by slugs. Onions are growing woody stalks topped with a spray of dry seedheads. Our veges are rotting at a time when whānau across the country are needing kai.

I looked back in my diary to see when I was last at Pikitū before the lockdown set in and saw that in fact - I hadn't been back at all this year. 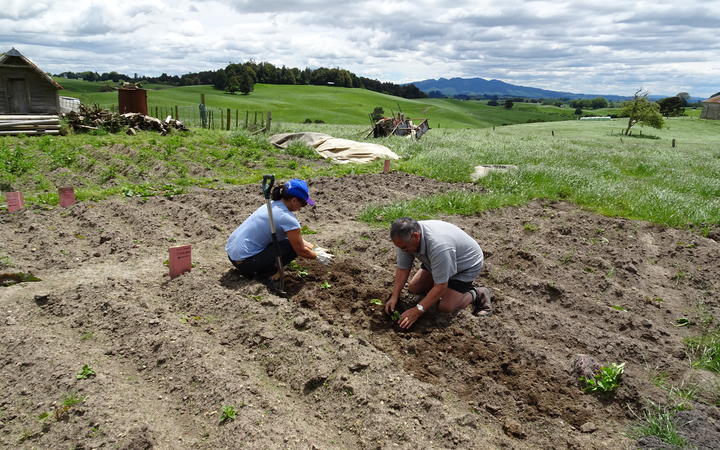 While I was busy being busy, where were my time and energies going? Where were they not?

Today we had an online wānanga and talked about whakapapa. As the connections between this whanaunga, and that relative, and this tūpuna, and that koro were described, so too were the connections between this marae, and that marae, and that urupā, and that rohe, and then back to whānau, and then back to whenua, and people, place, space, and time merge and intertwine, and we see that we simply cannot talk about one without talking about the other; whānau and whenua, bound together by the ever-interlacing strands of whakapapa.

The land remains. Sustains. So that we thrive.

Anyone who has gardened knows this: even if your potatoes harden with frost then rot in an overwintered soil, there will be tiny little rīwai left behind like dormant berries, and not long after Matariki, they will push forth their delicate green shoots and unfurl in the lengthening daylight.

And even if your pumpkin vine gives over to powdery mildew and the great womb-like fruit go soft with decay and meld back into the earth amongst the rotting leaves, the seeds will stay cased in their crisp shells till the weather warms up just enough for them to sprout through. Anyone who gardens knows that pumpkins grow best on a pile of compost.

And when spring arrives, a shock of tiny seedlings will burst from the withered tomato skin, each vying for space and light and nurture. Any gardener knows that the strongest plants grow from the seed that has chosen to be exactly where it is and has fought to stay there.

There will be a harvest next year.

There will be a time our whānau return.

The economist was right - it's all about people.

And that's the thing really.

It's not one or the other, because actually, they're one and the same.

*Shirley Simmonds- Raukawa, Ngāti Huri, Ngā Puhi, Ngāti Tūwharetoa- is a māmā to Tamihana (age 10) and Raukawa (9) and is a Kaupapa Māori health researcher. She is committed to raising her children in te reo Māori with the values passed on to us by our tūpuna, and to living our role of kaitiaki in everyday life.