The Epidemic Response Committee held its final meeting of the week. 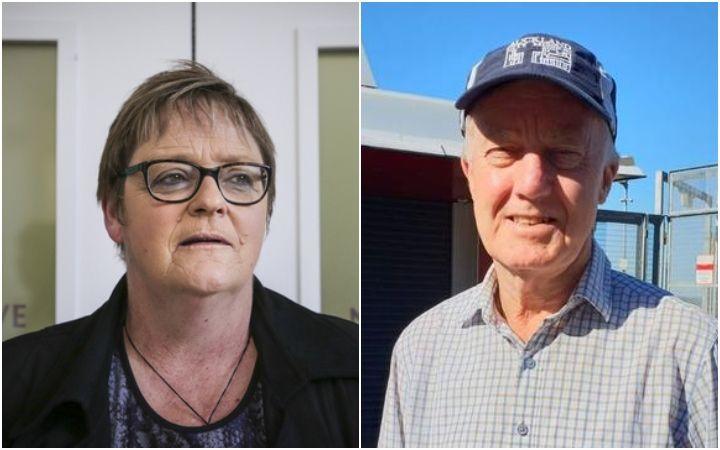 Sir Peter Gluckman said the war was not won, and many months of economic pain lay ahead, perhaps for many.

He said many may assume a stable future they will no longer have, may become dependent on subsidies for the first time in their lives, and may become angry and fearful.

More than 10 percent of people were at risk of severe depression and suicidality, and a report to Bill English back when he was prime minister had found perhaps 20 percent of the population did not have appropriate mental health support.

The solutions required early intervention at a local level, he said.

Sir Peter said Māori - who feel excluded from decision making - had shown wisdom in their response to the pandemic, and their voice at the ERC would be valuable.

It was increasingly recognised that mental health, the health of the planet and economy were more interrelated than had been previously assumed, and Māori had been more overtly in recognition of that for far longer than Pākehā populations.

He said young people often became despondent and disillusioned after events like this and a rethink is needed to help young people be better prepared "for a future dominated by change".

"In places and agencies where that's been more limited, we've seen the rise of family abuse, of drug abuse ... that's why I'm emphasising things like education."

He said education could help in periods of low unemployment and distress. He believed next year or the following year would see a large increase in young New Zealanders wanting to go to tertiary education, and while they are facing revenue losses now, the number of international students will also increase further into the future because New Zealand will be seen as the safest place in the Western world to visit.

He said education could also help against the loss of agency, which is one of the main factors that exacerbates the diseases of mental wellbeing.

"Recovery doesn't occur until people feel back in full control of their lives."

Sir Peter said it was true that getting back to business as normal would help many, but a lot of people were already affected and it could take a long time to see the social effects on vulnerable people.

Auckland City Missioner Chris Farrelly said they've had offers of help from government, Māori, people across the political spectrum - and, often, people who need help themselves.

"The last five weeks have been very challenging for us ... but they've also been very humbling.

Farrelly said an increase in joblessness would lead to a new wave of immense poverty in many areas.

Recent research had shown it costs many more times to keep people homeless and on the street - through policing, imprisonment and other bottom-of-the-cliff support - than it is to simply housing them first and raising them out of poverty.

"Keeping one group of people in poverty for the sake of economic growth of the country is not the way forward ... spend that little bit of money. The gains as a result are phenomenal."

New Zealand had unacceptable levels of people who are homeless, he said, and despite early denials of this problem there had been courage in acknowledging it and trying to solve it.

He said there was a myth in New Zealand that homeless people did not want to be housed - but that was not the case once people were housed and offered appropriate support.

Housing First in particular - initially funded by Paula Bennett nearly four years ago - had been invaluable and housed 700 homeless adults and 512 homeless children in Auckland in the last three years.

The new coalition government had since picked up the baton and worked on the problem, and most recently provided over 1000 motels for homeless people, many of whom were more vulnerable because of mental health problems or physical disability.

Covid-19 had proved a challenge, he said, because "how do you isolate if you do not have a home".

He said marae are also leading in helping distribute food to their populations.

"Let's be honest ... the proportion of those who are suffering who are Māori has always been great."

He said the priority for employed people would be a living wage, but many now were not employed and they should also be supported.

Women's Refuge chief executive Ang Jury told the committee it was extremely difficult for people experiencing family violence during lockdown to seek help, and so the greatest impact was likely yet to be seen.

She said loss of agency and a sense of personal efficacy which Sir Peter spoke about were huge factors in increases in family violence.

She said the agency has seen a 25 percent increase in requests for help and fortunately the government saw that coming and provided $40,000 to each refuge.

She says this has been enough so far, but she hopes constructive conversations with officials can continue and not be derailed by the effects of the virus.

Jury said that as the effects of the lockdown and economic continued, people worried about potential family violence should act to prevent it.

She said if people were worried they should contact the person they were worried about, and should call either police or their local refuge if they had serious concerns, because they "would far rather attend a nothing than an injury or a death".

Graham said mental health workers were already working with GPs and what is needed is more funding for what's proven to work.

She said there had been underinvestment in employment services and while it was known what needed to happen and it had been worked on, more funding was needed and for some reason the process had stalled.

She said the most dramatic positive change from Covid-19 was in engagement with government agencies and ministries.

"There's a new respect and collegiality ... red tape and unnecessary activities have been removed."

She said government employees had also welcomed this change and she hoped that could continue well after Covid-19.

While the group has not had difficulty getting PPE, they have been frustrated by the differences in approaches to it from the various DHBs.

She said the Health and Disability System Review must be acted on. She said that review "is our blueprint" and another inquiry or review was not needed.