At this stage of our national lockdown, one of the grim realities of our new life that is now becoming painfully clear is that there are only two games in town: health or wealth. Your money or your life. 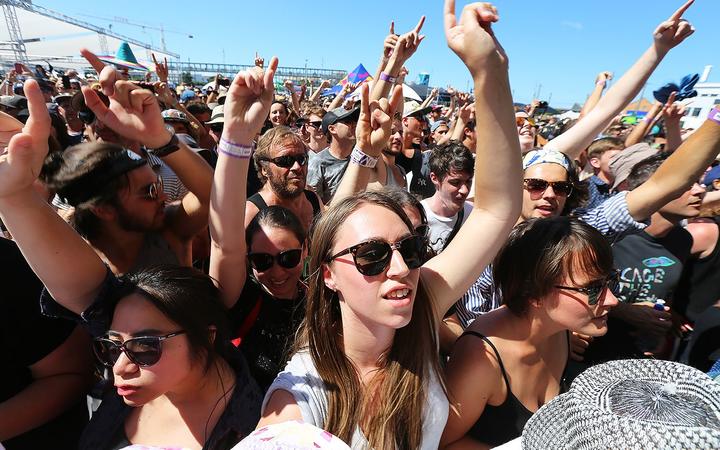 Between them, these two paradigms suck all the oxygen out of our national conversation about what life should look like under lockdown; let alone what we might need to consider once we crawl, Jacinda willing, out from our front doors and back into the light in mid-May when we shift to level 2.

The competing poles of money and health now seem to constitute the entire possible universe of our moral and political choices.

Many aspects of life have dropped out and away from our national conversation; not least any discussion of the admittedly somewhat woolly concepts of society and culture.

To be fair, we were pretty useless at talking about these sorts of things in New Zealand before we all were consigned to our homes. In part this is because such things are very difficult to quantify.

For legitimate reasons, those who work in the ministries and government departments are reluctant to dabble in matters where a clear number cannot be assigned; and there's a strong argument to be made that the second you drop a number onto either society or culture, you've sort of missed the point.

Our inability to account for cultural and social factors is only compounded by the fact that we also apparently lack even a basic common language to discuss those subjects.

To talk about the necessity of society and culture is to teeter dangerously close to the platitudes of greeting cards and substitute English teachers, if not the blood and soil lunacy of the far right. Concerns regarding culture and society fit poorly into our conception of our national selves as pragmatically materialist and stoically grounded.

The other problem is that it can seem particularly trite to talk about such things now: a ghoulish or foolish concern with what the band ought to play as the Titanic slowly sinks.

And yet it is exactly now - when we are all being asked to reflect on the things that give our life meaning and purpose - that there is a need to not lose sight of the more ephemeral, but no less necessary, values around which most of us organise our lives in better times.

What we are currently witnessing is nothing less than an once-in-a-lifetime debate about what is more important to us as a nation.

The loss that many of us are feeling at the moment has nothing to do with the stock market, nor really in any tangible way to the broader population health, which we only really understood as an abstract statistic. What we are missing are the experiences of lives lived in common. The deep sociality that informs our everyday lives, not just our friends and families, but the vast networks of acquaintances, associates and strangers in which we normally circulate.

The daily coffee, the weekend BBQ, after-work drinks, a kick-around at the park: these are much more than habits, let alone physiological and psychological routines by which we foster individual resilience and wellbeing. These are forms of everyday culture by which we come to understood and express ourselves.

The collapse of Bauer media is certainly a terrible indictment of our media environment, and the end of The Listener is a dark day for home-grown journalism, but it is striking how little attention was paid to the demise of the New Zealand Woman's Weekly and Woman's Day: intergenerational institutions that, although certainly the property of a capitalist multinational corporation, have played significant roles in shaping a particular form of New Zealand identity.

Public health and economics are both important systems of thought that can help explain complex phenomena in the world around us, and guide our responses in difficult times. But they cannot explain the appeal of dancing or sport or catching up over a beer. They would certainly struggle to make sense of Tiger King.

Indeed, those models are almost completely unable to account for the multitude of small pleasures and frustrations that constitute daily life. They tend be deeply reductive when dealing with the complex texture of everyday lives: social bonds become a mechanism to foster individual resilience; culture becomes a distraction to facilitate isolation. This isn't a mistake: this sort of simplification is what good models are built to do.

But nonetheless we need to be aware of what gets lost along the way due to the assumptions and constraints of the predictive models that now rule our lives.

Life beyond forecasts, graphs and models

The lockdown is expressed as a form of care, but caring for people requires seeing them as more than biomedical units. This is not to suggest that society and culture should be understood as consolations for lack of health and wealth. The suggestion that people should be exposed to death, so others can attend either the theatre or the footy is inhuman.

Nor are the imprecise ideas of society and culture good reasons to end lockdown early. They are however necessary to bear in mind as we engage in important discussions about what our life will mean beyond models and forecasts. Restaurants and cafes, sporting and cultural events, magazines and books, parties and festivals are more than just economic stimulants or disease vectors: they are what our lives look like.

As we begin to debate the priorities that will determine the limitations and possibilities of our life for the near future, it is essential that we expand our thinking beyond the two competing datasets that currently dominate the conversation. Culture and society are not simply the indicators of a life well lived. They are the thing itself. They cannot be an afterthought.

*Dr Nicholas Holm is a senior lecturer in Media Studies at Massey University's College of Humanities and Social Sciences.