First Person - Mum was diagnosed with Alzheimer's in 2017, but looking back the signs had been there since before Dad died a few years before. 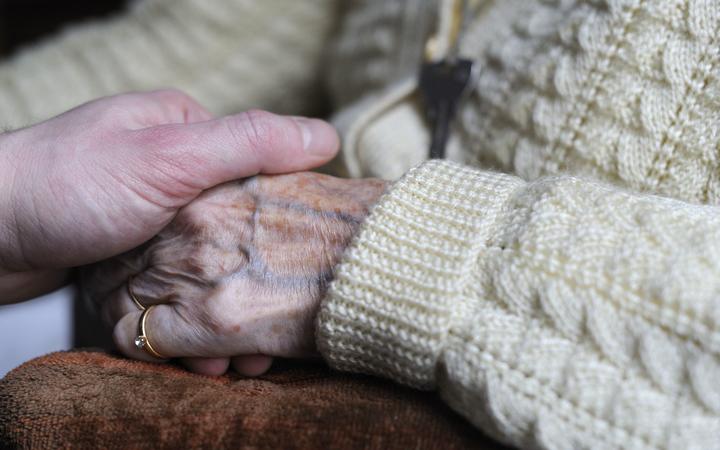 For a while after her diagnosis she was fine in her own place. Then there was a period staying with us, and a few months with my younger brother's family. But she wanted some independence - whether she could handle it or not.

We moved her to an apartment at a very large retirement village on the North Shore at the start of 2019. She could make herself breakfast and keep herself busy reading or watching television, talking on the phone with her sister in Brisbane or the two others up north. She'd visit her neighbour Flo at the village.

Flo is about 10 years older and quickly made my mum feel welcome. They were fast friends. Often, we'd find mum at Flo's apartment when she wasn't at hers. Sometimes she'd be in the communal area four stories down sitting with others, talking or just taking in the sun.

Mum was happy enough. She'd got lost in the lift a few times, but the staff always steered her to the right floor. We installed a video camera in her apartment, allowing us to monitor her in the lounge and kitchenette. We could talk by phone or through the camera. Friends would visit, a former neighbour or her friend Margaret.

There had been the occasional sad time, the death of an older sister, a brother-in-law. Tears looking at old photos, frustration at not being able to remember or the inability to express her feelings in words.

Over the past six months we'd seen her condition worsen. Names had been a problem for some time, but now she was finding it difficult to explain herself. Her stories made little sense to us, but she was confident in telling them.

Between us three boys, we'd been looking after almost everything she needed. Younger brother Dave would take her for coffee in the morning, making sure she had a shower and breakfast. Twice a week he would take her to her exercise classes and then drop her off for lunch. She'd either make it back to the apartment by herself, or a staff member would get her back to her room without incident.

After lunch, I'd pick her up and bring her to our place and then do the school run. After that, I'd drop her back home and she would watch The Chase before my older brother brought her dinner.

Then she went for her first wander. We didn't know she'd gone missing, she just turned up at my brother's house a few kilometres from the village. He saw her as he got home - out of the corner of his eye, just a few hundred metres from his place, in her distinctive red jacket. That was a bit of a shock, but at least she got there, right?

It soon dawned on us that had she taken the wrong turn, or someone asked her who she was, where she'd come from and where she was going, there was no chance she'd have been able to tell them.

It was that one day I hadn't been able to get there after work. She just got bored and thought she'd go for a walk.

The second time was more of a concern. She wasn't at her apartment when Dave went for an evening visit. It was getting dark and the police became involved. They found her halfway to his house.

Perhaps she should have been in a higher level of care, but before the weeks-long process to get her into the dementia unit could begin, the village began restricting visitors because of Covid-19. To their credit, they took it upon themselves to introduce checks at the front door. Disinfect and question all visitors.

Then on Sunday, 22 March, the village shut down completely in anticipation of the level 4 lockdown the following Wednesday. From 5pm that evening, we could no longer visit. The last thing we did was buy her a new TV that we could change channels for her remotely. Village management stepped up to provide all her meals and make sure she took her medication. But she was restricted to her room.

Since then, our only communication with Mum has been by phone or on the camera.

She talks to her sisters a lot. Not actually her sisters, but to their pictures. She has children who visit, imaginary children - she can't tell us who they are, but we do know there are two of them.

She talks to herself, especially in the evening when she can see her reflection in the lounge window. We'll ring her and tell her to pull the curtains. A couple of times, I've seen her standing still - completely motionless for 10 to 15 minutes on end, late at night. She dances along to a Rod Stewart concert my brother found for her on a YouTube playlist.

Early in lockdown Mum seemed confused about her situation - she kept asking why no one was visiting. Each time we'd explain. Each of us would every time we talked with her, which would settle her down. But in the past week she's stopped asking - she's happy, but still has no idea what's going on. Village staff visit her several times a day, to make sure she was fine and to give her meals and medication.

Today my brother told me that she didn't remember who he was, although she did yesterday. He had to explain that she had three sons, over a speaker while he watched her on the video.

Moving to level 3 this week changes nothing for Mum - we still won't be able to see her in person until we get to level 2. Will she know us in a few weeks when we get there? I'm not sure.

* Jeremy Parkinson is the executive producer for RNZ's First Up