Opinion - Aotearoa New Zealand has won international attention and praise for its bold goal of eliminating Covid-19. While other nations have confined themselves to trying to flatten the curve, this country decided to be far more ambitious.

We should be equally bold and ambitious in refusing to accept catastrophic levels of unemployment as an inevitable outcome of the pandemic.

Treasury in mid-April released scenarios suggesting how Covid-19 might affect the economy.

The different paths all had one thing in common: huge increases in the number of people out of work, ranging from around 10 percent unemployment in the "best" scenario, to as high as 26 percent if the economy was kept locked down for an extended period.

We do not have to accept any of those catastrophic outcomes. We can make this a time for new initiatives and fairer shares for all.

One idea we should explore is a job guarantee. This provides a job at a living wage to anyone who wants work but cannot find employment. The schemes are funded by government but rolled out locally and can comprise infrastructure, housing, caring, environmental or artistic work.

A job guarantee is a permanent feature of an economy but operates flexibly: it would be utilised by more people in times of recession and by fewer in prosperous times.

A job guarantee has been discussed and endorsed in the United States in recent years by many of the former Democratic presidential nominee hopefuls, including Senators Cory Booker, Elizabeth Warren, Bernie Sanders, Kirsten Gillibrand and Kamala Harris.

Booker in the last Congress introduced legislation providing for a job guarantee to be piloted in 15 high-unemployment cities over a three-year period. A job guarantee is also part of the Green New Deal promoted to address both climate change and inequality.

Although the United States had very low official unemployment rates when these discussions began, there was growing recognition that the headline figures concealed many problems.

These include the underemployment of millions of Americans; poverty wages; job market discrimination against non-whites, women and disabled people; and lack of job security. 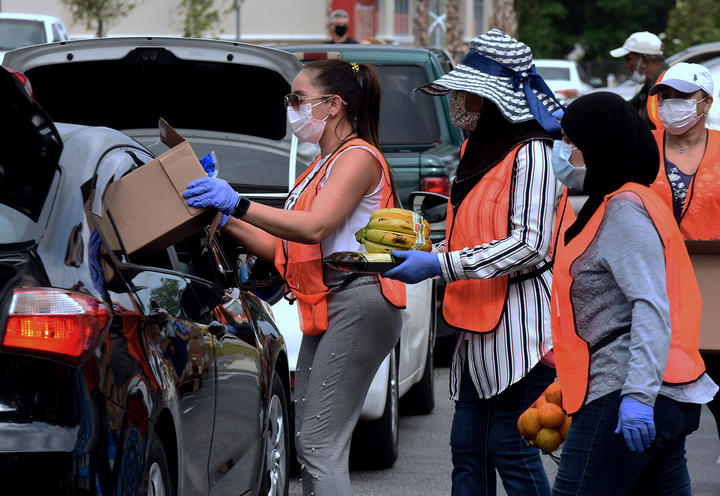 Volunteers distribute food to needy families during a drive-thru event on 9 April, Orlando, Florida. The food bank has seen record demand, due to job losses caused by the pandemic. Photo: AFP

Those problems persist - in the United States and other countries - even when economists state that a nation is enjoying "full" employment. Economic theory means that individuals are required to pay for low inflation through unemployment and underemployment.

Family poverty, mental health, suicide, poor health and reduced self-esteem which accompany the lack of a job are barely acknowledged as inevitable consequences of these policies, and there is little debate as to whether they are too high a price to pay.

We can do better.

In the United States, there are several outlines of what a job guarantee would look like and how it would operate. Three of these have been prepared by the Levy Economics Institute, the Center for American Progress and the Center on Budget and Policy Priorities.

The Levy Economics Institute defines a job guarantee as a "a permanent, federally funded, and locally administered programme that supplies voluntary employment opportunities on demand for all who are ready and willing to work at a living wage."

The institute says that the scope of full employment should be expanded to cover new entrants to the labour market, people in hidden unemployment, and workers employed involuntarily in part-time working arrangements or other precarious work.

The institute predicted in 2018 that if a job guarantee were introduced then - at a time of mass, hidden unemployment and unacknowledged demand for living wage jobs - the programme might cover 16 million workers, or about 10 percent of the US labour force.

The difference relates to how unemployment and underemployment statistics are calculated. The Levy job guarantee would cost US$378 billion a year in its initial five years, increasing to $415 billion per annum in the second five years. The Center on Budget and Policy Priorities scheme is calculated at $543 billion a year, or a little under 3 percent of US GDP.

The Center for American Progress model has a much lower price tag of $158 billion because it is limited to providing $15-an-hour jobs to people without college degrees.

The center noted in 2018 that the cost of its proposal was about 25 percent of the annual cost of President Trump's proposed tax cuts for wealthy Americans. In March 2020, US lawmakers passed a $2 trillion Covid-19 stimulus bill. 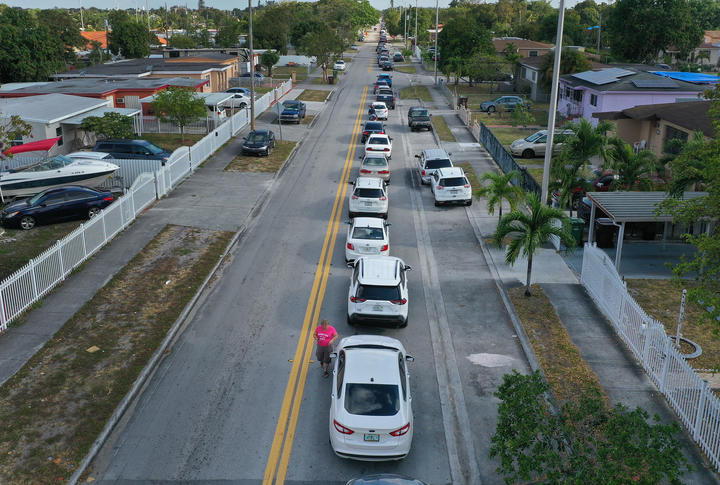 In addition, there are many offsets against the cost of a job guarantee. The Levy Economics Institute says these would include reduced crime and justice system spending, lower social security outgoings, higher taxes and, over time, savings on health expenditure.

One economist's simulation found that a job guarantee would raise real United States GDP by between $313 and $560 billion a year.

A job guarantee has been implemented on a limited basis in both Argentina and India.

Plan Jefes was modelled on the job guarantee proposal developed by academics in the United States, including some affiliated with the Levy Economics Institute. The scheme provided guaranteed work for at least four hours a day to unemployed household heads, with the project being funded by the government and administered locally.

The plan employed 13 percent of the labour force, was set up speedily, and generated both GDP growth and private sector jobs.

In India, the National Rural Employment Guarantee provides up to 100 days a year of guaranteed work to rural householders.

The scheme has raised incomes in economically-deprived households by 13.3 percent, reduced the gender pay gap and increased private sector employment.

The concept of a job guarantee is also being discussed in other countries.

Welsh politician and Plaid Cymru leader Adam Price has released a 10-point plan for the Welsh economy, including a job guarantee.

In Scotland, the Scottish National Party is being pressured to sign up to a job guarantee, while the Centre of Full Employment and Equity in Australia has long championed the concept.

Digital Strategies' principal Martin Taylor - the convenor of a progressive economic policy group - has been working on the details of a job guarantee for Aotearoa New Zealand.

He suggests it would be paid for by the government, with people being directly employed by central government, local authorities or non-profit organisations.

The scheme would be both voluntary and permanent - existing both in good times and in bad. However, in prosperous times the uptake of a job guarantee would naturally decline as more, higher-paid jobs became available in the private sector.

Taylor says the benefits of the scheme would include fixing the market failure of the private sector not employing some groups. Disabled people are one obvious group who suffer large-scale discrimination and have very low employment and pay rates in this country.

A job guarantee would provide people with the dignity of work, promote environmental and social outcomes from the tasks performed, and enhance mental and physical health by eliminating the negative outcomes of unemployment. 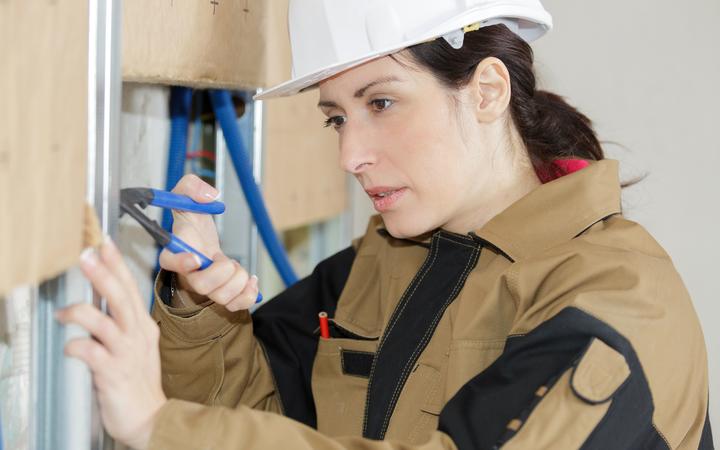 A job guarantee scheme could help reduce the gender pay gap and help underemployed social groups find work in industries that may have previously rejected them. Photo: 123rf.com

Prior to the pandemic, New Zealand was patting itself on the back for having an unemployment rate of 4 percent. Taylor says that is far from full employment, and Aotearoa New Zealand has in the past done much better.

Between 1946 and 1976, Aotearoa New Zealand enjoyed 30 years of 1 percent unemployment.

Taylor calculates the net cost of 100,000 job guarantee workers could be as little as $1.6 billion after jobseeker support costs and increased GST and income tax are offset against job guarantee outgoings.

Other gains would include $2.5 billion of new spending and reduced expenditure on physical and mental health.

As long ago as 1944, US President Franklin D. Roosevelt ranked the right to a job at a living wage at the top of his Second Bill of Rights.

More than 75 years later, we should not be less ambitious.