National Party leader Simon Bridges intends to continue a weekly commute between Tauranga and Wellington so he can effectively do his job in an unprecedented situation, he says.

Bridges is driving between his home and the capital during the Covid-19 lockdown to chair the Epidemic Response Committee, which meets each Tuesday, Wednesday, and Thursday to scrutinise the government's actions. 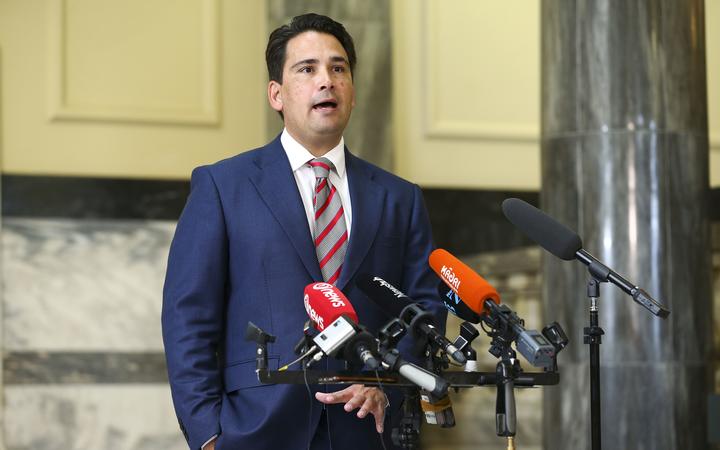 While MPs are joining the meeting remotely via Zoom, Bridges is working out of Parliament, and isdriving himself back to Tauranga for the rest of the week.

Bridges told Morning Report his decision to be in Wellington was "ultimately about effectiveness".

"This committee is definitely aiding the national response - I think we've seen testing improved as a result of it, I think we're seeing pressure on quarantining, I think we've got serious answers on the economy that matter, so I think it's a very significant role.

"There is no parliament sitting at the moment and parliament is the home of our democracy, and so in the absence of that having a committee chair but also the leader of the opposition where it's happening, able to focus, have the resource to be able to ask the questions that need answering, with the press gallery there, is fundamentally important."

He said the internet connection was better in Wellington - but that wasn't the issue that mattered.

"Alternative voices that are asking the questions that New Zealanders want answered, that are able to provide constructive scrutiny are very important.

"We're in an unprecedented situation of no Parliament - which is the home of our democracy.

"I don't think its actually a big call to say the leader of the opposition should be here doing my job."

Asked if he would continue driving between the two centres he said "That's my intention, yes".

Bridges said Prime Minister Jacinda Ardern was "between a rock and a hard place" in deciding whether to sack Health Minister David Clark, who offered his resignation for driving his family 20km from their Dunedin home to walk along a beach during the level 4 lockdown.

Ardern demoted Clark and stripped him of his associate finance minister role, but said to avoid massive disruption during the country's response to the Covid-19 pandemic she would not fire him as health minister.

Bridges told Morning Report the prime minister had got it about right.

Ultimately Clark's position would be unsustainable, he said.