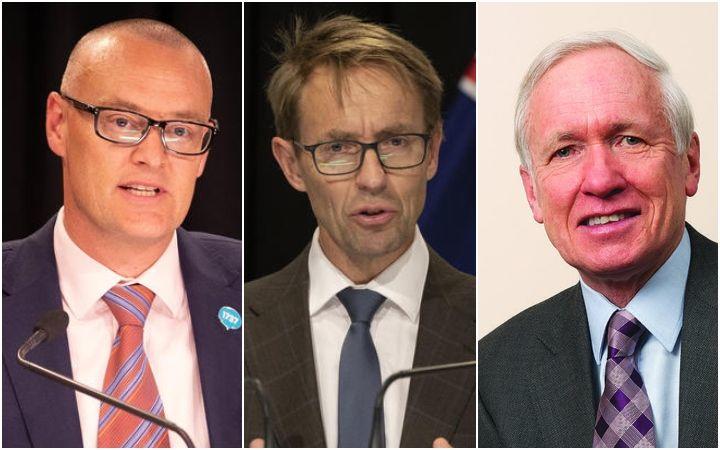 Sir David says he agrees with Professor Michael Baker that New Zealand could be the only western country to eliminate Covid-19.

"If we can show we're on the path to elimination, we can move out of the lockdown more quickly."

"Provided we are successful, life can return to something near normal."

He says border restrictions will have to continue.

Sir David said that if border quarantining isn't more strictly enforced, the lockdown will have to be extended.

He said we need to figure out a quicker way to contact trace through phone apps before the lockdown is lifted.

From a purely health perspective, Sir David says he would suggest being in lockdown for six months, but he acknowledged it can't be done and people's tolerance would wear thin.

He said it's a worrying sign that the criteria of "essential services" continues to expand.

"We talked about going early and hard, I just hope we don't go soft too soon."

Dr Bloomfield said there are other options for controls at the border which are now under consideration. He said quarantining is part of those considerations.

Dr Clark said that since people have gone into lockdown, the number of contacts required to trace has dropped significantly which will help put us on a trajectory of fewer cases.

Michael Woodhouse said he's had confirmation from laboratory technicians that they didn't have the materials to process every test that came to them.

And Dr Clark said that was an issue, but they are working to distribute more materials and tests.

Dr Bloomfield said that Woodhouse's example was from a Dunedin lab which was awaiting materials. That lab's materials arrived on Saturday and they were able to continue processing tests.

David Seymour pointed out that Singapore is going to make the source code for its tracing app publicly available and asked if the government would explore that.

Dr Clark said it was certainly a rich vein to tap and contacts with links to Singapore are working on it now. The source code will be available in two weeks.

Sir David wrapped up by saying we need to remember we are in a brilliant situation compared to other countries.

He said the biggest factor we need to work on is tightening our border controls. He says people arriving in China are quarantined in hotels for two weeks on arrival and he's unsure we can't simply do that.

Sir David also said that after lockdown people will want to be very social and catch up with people they haven't seen during the period. He said this is why we need to make sure we have a robust system for contact tracing before the lockdown ends.

He said there will be another viral pandemic and we need to use this one as a way to get prepared.

Meanwhile, Dr Clark has made a statement of regret for breaking the rules of the level 4 lockdown.

Earlier this morning, Clark offered to resign after revealing that he took a trip to the beach during the alert level 4 lockdown.

Clark said he drove his family 20km from his house in Dunedin to Doctor's Point Beach for a walk during the first weekend of the lockdown in breach of the rules.

Prime Minister Jacinda Ardern said under normal conditions she would sack him but to avoid disruption she would be demoting him instead.