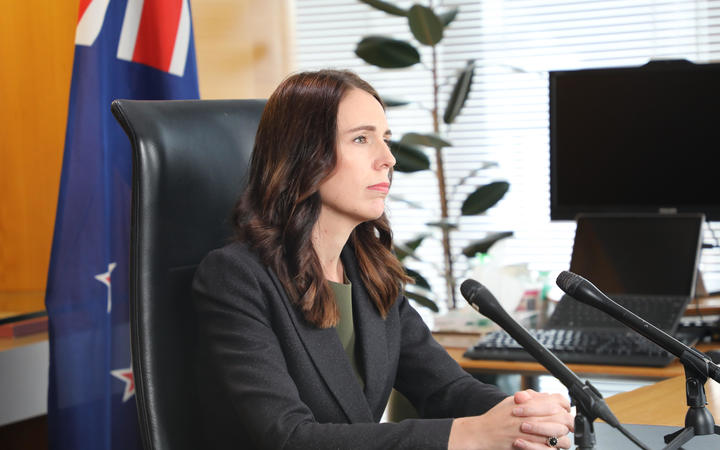 New Zealand is at Level Two on the scale of One to Four, meaning Covid-19 is still contained but the risk of community transmission is growing.

Although there have been regular and comprehensive public briefings, uncertainty about what people are supposed to do, how long this all might last and what it means for daily life is still rampant.

Concern about the unknown also fuels behaviour like panic buying, putting pressure on the retailers and supply chains but also stripping shelves of essential goods, causing alarm among those who don't have the means or resources to stock up. A strong message from the Prime Minister to encourage calm - even if New Zealand goes to the highest alert (Level Four), supermarkets and pharmacies will remain open.

The new directives are all about limiting containment as community transmission now seems increasingly likely, protecting the most vulnerable and making sure people aren't moving around the country too much as it makes it harder to track them down if there's been possible contact with someone carrying the virus.

Those over 70 and anyone with underlying health problems, including respiratory conditions, have been told to effectively self-isolate - to stay at home and away from other people where possible. That includes people even in their own households who could pass on the virus, particularly children.

RNZ is working to give specific information to people with questions about which health conditions qualify and who's at greatest risk.

Whether schools should continue to be open is another major question, for parents and those worried about the risk of the virus spreading further.

The main reason given so far for keeping them open is that the disruption caused by mass closures would have such a severe economic and social impact it would hamper efforts to fight the outbreak.

There's already been one case in Dunedin where a local high school, Logan Park, was shut down for 48 hours after a suspected case, given a deep clean and 150 tests carried out - all of which came back negative.

This is the approach the government has signalled for now, a localised and targeted approach - however that could change rapidly depending on whether community transmission is confirmed, and the rate of spread.

How the alert system works

The special group of Cabinet ministers set up to take the lead on Covid-19 is being briefed daily and it is they who have the authority to raise, or lower, the alert status.

The decision to go from Level One to Level Two was made after a late afternoon meeting of those ministers at Parliament yesterday.

The different levels are based on the how widespread the virus is, and the success, or otherwise, of containment measures; the higher the alert, the more restrictive the controls on peoples' movements and contact with others. There may be an escalation if there is "new scientific knowledge" about the virus, or about the "effectiveness of intervention measures" here and in other countries.

The alert levels can also be applied in a more targeted way, at "town, city, territorial, local authority, regional or national" level. This allows greater flexibility to be able to deal with localised outbreaks, but the option of a national response is always on the table.

The highest level - Four - is when there are widespread outbreaks and the virus is basically out of control; at that point everyone would be "instructed to stay at home" and schools, universities and most businesses would be closed.

This could also be the point when the government takes control of essential goods or "rationing supplies" and could "requisition" facilities.

Travel would be "severely limited" and there would be a "major reprioritisation of healthcare services".

However for now New Zealand remains at Level Two, but the message is clear - take it seriously, prepare don't panic and look after each other.