The 74-year-old Deputy Prime Minister, Winston Peters, will carry on working despite the Prime Minister's advice today for over-70s to stay home. 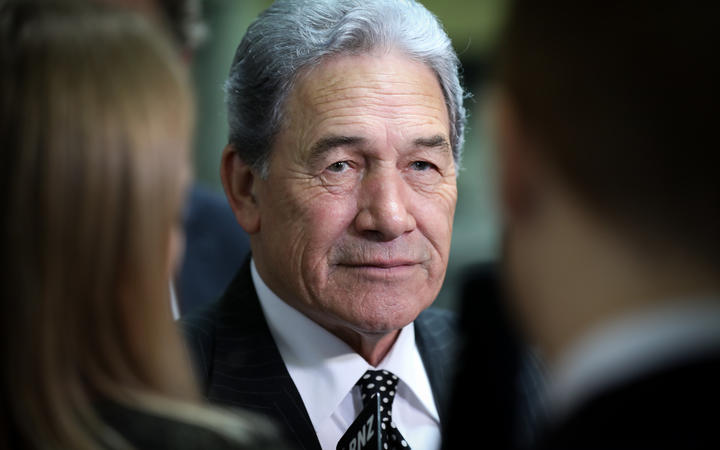 Ardern said that's because Peters is a "core part of the government".

She's advised those over 70 and anyone with underlying health conditions to stay home as much as possible as the Covid-19 crisis worsens.

"He is part of our essential team. He will be continuing on in his work."

Peters is the only MP at Parliament over the age of 70.

Ardern also announced no MPs will be travelling overseas and a cross-party business committee will work on a contingency plan for Parliament for each of the four new Covid-19 alert levels announced today.

The plan will allow for as few Cabinet ministers as possible to physically be in the same place at the same time and to try and restrict the movement of MPs on the whole.

For that reason Ardern is now basing herself in Wellington where she has been providing her daily briefings to the media and public.

While she hasn't herself been tested for Covid-19, she's taking the same precautions she expects of the rest of the country.

And Ardern said if you could not maintain two metres of distance with others while out in public then do not go out.

She also again reiterated the need for people to not panic-buy, saying even if the country gets to an alert level four - the supermarkets will still be open.

Ardern said panic-buying only deprives others of what they critically need.