In a confused vote in Parliament, MPs have done away with all sections of the Abortion Legislation Bill that would have made legally protected 'safe areas' possible outside clinics. 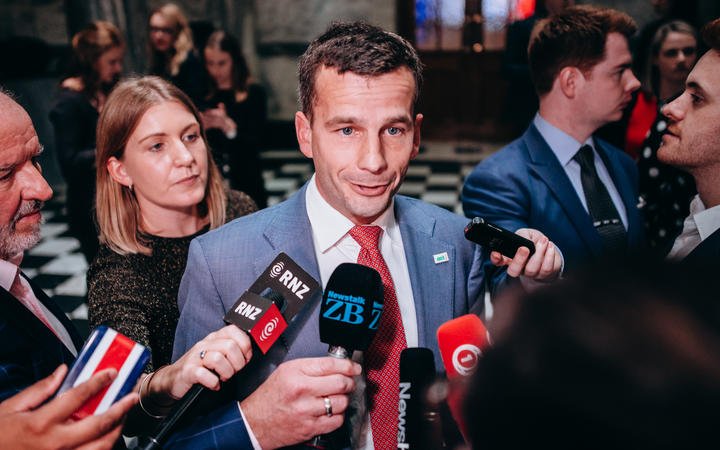 The bill was going through its committee stage in Parliament last night, in which possible changes were debated and voted on ahead of the third and final reading.

ACT leader David Seymour's proposal was voted for in two parts - the first, to have the definition of Safe Zones removed from the bill, was narrowly voted down 59 votes to 56.

However, MPs seemed unprepared for a second vote on the substance of his changes - doing away with all the provisions that would put safe zones in place.

Up for debate were 150-metre safe zones that could be established around abortion clinics on a case-by-case basis, to prohibit intimidating or interfering behaviour.

That second vote was on removing all the legal provisions for safe zones, including the ways in which the police could administer them so as to protect women from harassment as they sought abortions.

That vote, to delete sections 15 through 17 of the bill, was taken in a voice vote only, and it passed - rendering the definition of 'safe area' redundant in the law.

Deputy Speaker Anne Tolley passed it on a verbal vote.

Green MP Jan Logie immediately asked for clarification on what had happened.

"Can I just check the vote and how it evolved around David Seymour's SOP (Supplementary Order Papers) and what the outcome of that vote ... I just wanted to check and to see if I needed to change my vote".

Tolley advised it was a "vote on the voices" and the "amendment was agreed to".

Logie sought leave for a personal vote, but this was rejected.

Justice Minister Andrew Little also seemed confused, and said to Tolley that they "voted on 464 earlier this evening".

She clarified that they had only voted on one part of it.

Seymour said the safe zones would have set a dangerous precedent around freedom of expression.

Little, who introduced the bill, earlier said the reality was that women had reported feeling harassed outside abortion clinics. He added that women should not be subjected to harassment when going to receive a medical procedure.

Following the vote, Little said it was disappointing.

"Oh look, it's annoying but if you look at the vote it was the most marginal vote on any clause in the bill. I would've liked it to have been there, it's not there, we've got the rest of the bill to still get through and get to third reading and that is looking reasonably positive at this stage," he said.

Seymour said he thought it would be a close vote, but didn't expect it to play out like this.

"There's always a few thrills and spills in Parliament, look there was a time I didn't show up to object to something I said I would and the whole country made fun of me for about 48 hours, so look these things go round and come round but ultimately I did think we got to the right answer, even if not the way we expected.

"I hate these people who protest personally, but to have a law where a minister can declare no free speech in an area almost on a whim, is not the kind of law I came to Parliament to make," Seymour said.

Earlier in the evening Little kicked off the debate, accusing some MPs of putting forward changes that would put more hurdles and obstacles in front of women seeking abortions.

"I know there are members here who simply do not like the idea of abortions at all. That debate was won and lost in 1977," he said.

Much of the focus from opponents to the bill, was on the access to abortions after 20 weeks.

At this stage, a woman would need two clinicians to sign off on the procedure - based on her physical and mental health and wellbeing.

National MP Agnes Loheni said the wording was so vague as to be meaningless.

"I am striving to find just a small semblance of recognition for some rights of the unborn child which make up the two parts of what happens, the two people who are involved in an abortion because it is totally out of kilter," she said.

Loheni strongly opposed what she said was "abortion up to birth".

Little took the floor several times to reject this as wrong and misleading.

"Women do not, [on] a whim decide at 20 weeks or 24 weeks, that's it, they've had enough, they're out of here. That's not how life works, and the law should reflect how people actually live their lives and should reflect the way that women can be trusted to make decisions about their bodies," Little said.

"For post-20 weeks there is absolutely no medical reason for either mother or baby that an abortion has to happen. Put another way, it can be birthed ... we're now talking a very deliberate decision," he said.

But Logie was blunt in her rebuttal to that.

"That will result in the death of a significant number of women if his world view was put into legislation.

"People are not frivolous, these are difficult, difficult decisions and I believe it's the job of this House to act compassionately," she said.

New Zealand First's proposed amendment that the bill go to a referendum will be debated in the next phase of the committee stage, likely to be next week.