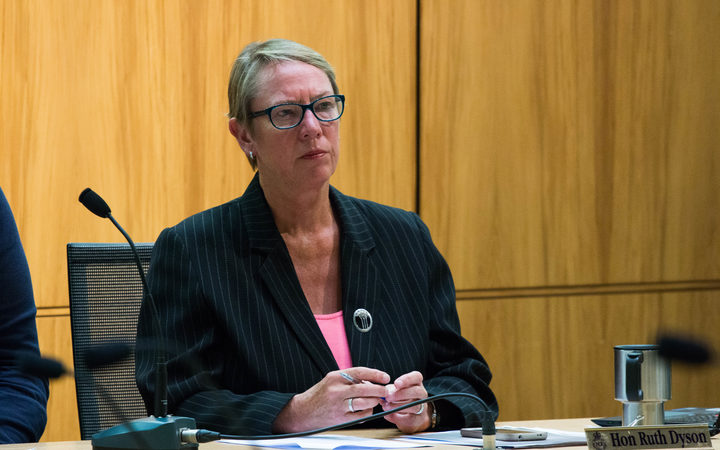 Among the recommendations in the committee's report, it called for safeguards to address sex selection, late-term abortions and to remove some of the barriers for women who require abortions.

The Select Committee received more than 25,000 submissions on the often divisive bill, which will remove the medical procedure from the Crimes Act.

In the report, the committee explicitly wanted to note that the bill in no way condones abortion being used for sex selection- a problem highlighted at the submission stage.

Committee chair Ruth Dyson said the practice is not thought to be happening in New Zealand, but the committee was mindful that it could.

On available services, Dyson said the committee was very disturbed to hear the considerable delays women were faced with.

"We heard examples of having to travel considerable distances and one example from a submitter, from Queenstown to Invercargill, just to receive a pill basically and then have to stay until the next day.

Dyson said the committee had strongly asked for timely and equitable access throughout the country.

However, they did not agree with some of the provisions in the bill on conscientious objection.

Under the bill, medical practitioners can exercise conscientious objection unless there is a medical emergency.

ALRANZ national president Terry Bellamak said sexual violation has not been classed in the bill as a medical emergency.

"I think sexual violation complainants should not be lumped in with everyone else, I think it is just callous to treat people in that situation as though the providers psychological comfort is more important than their health and well-being," she said.

The bill will go under conscience vote, meaning individual MPs will vote with their conscience and not along party lines.

National MP Agnes Loheni was on the Select Committee and in her minority report she laid out why she does not think the bill should progress and remove abortion for the Crimes Act.

She was most concerned about late term abortions of more than 20 weeks.

"The bar should be still higher in that post 20 week period, and post 20 weeks is 20 weeks up until the moment before birth.

"I know people get really uncomfortable with that, but at the end of the day, that is what the law will allow, there is no upper limit on that test," she said.

Loheni also thought the committee adding the need to consult with another clinician before approving the procedure didn't go far enough.

"There is actually no definition around 'to consult with another practitioner, that could be a phone call, there is no accountability there," she said.

However, Dyson wanted to note of the very few patients who have late term terminations, they are wanted pregnancies.

The report will now go the the Minister Andrew Little and cabinet for consideration.