The government has revealed some of its plans to offset the economic impact of the Covid-19 coronavirus, saying a "tailor-made" response is needed to deal with the unique situation. 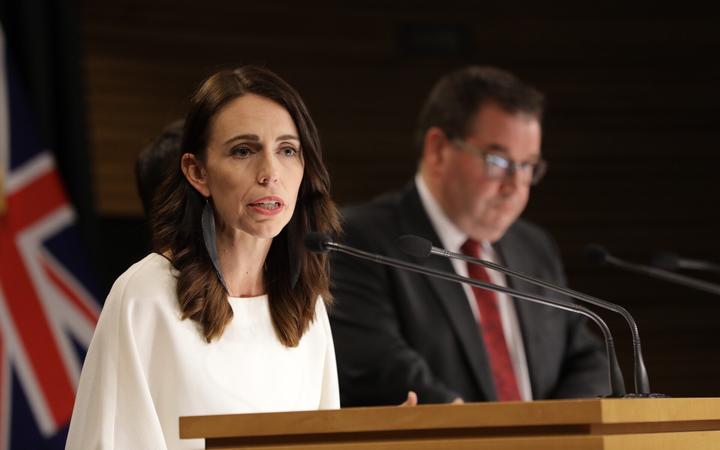 At a press conference this afternoon, Prime Minister Jacinda Ardern said the health response would play a "critical" part in the economic response to the outbreak.

She said travel restrictions would continue for another seven days, and health officials now had the ability to quarantine entire ships and planes if they had concerns about Covid-19 cases on board.

She said until now there had been no need for such powers, but the country should be ready if the need arose.

The package will include a targeted wage subsidy scheme for businesses struggling due to Covid-19.

Robertson said the situation demanded a "tailor-made response" as it did not just affect one sector or region.

"The fact we have not seen a situation like this before means it is important to get the details of this package right. In particular, the timing of support and the criteria we will use."

Robertson said Cabinet has also directed officials to work on a package of longer-term measures which may be required if the crisis worsens.

Ardern said all government departments have been told to pay their bills within 10 business days.

While Covid-19 would have a significant impact on the global economy, New Zealand's economy was well placed to handle the situation, Robertson said.

Robertson said he had just returned from a meeting with the country's major banks about the coronavirus, with the banks setting out a range of moves to support people.

He says the meeting was constructive, and the banks outlined a range of ways they can help those under financial strain.

"These include reducing or suspending principal payments on loans and temporarily moving to interest-only repayments; helping with restructuring business loans; providing access to short-term funding; and referring individual customers to budgeting services."

Robertson said he told the banks to be pro-active in reaching out to customers to ensure potential issues are addressed sooner than later.

Ardern also dismissed calls to pause this year's planned minimum wage hike due to the pressures of Covid-19.

ANZ chief economist Sharon Zollner has said delaying the increase is a no-brainer and would support employment at a time when businesses were very nervous.

But Ardern said that was not something she would consider.

"We have to keep in mind what we need people to keep doing, of course, is continue to spend and consume. Also, the adjustments we've already had to benefits and I would say what people are anticipating in their wages, is all part of continuing to keep the economy ticking over."

Ardern said New Zealand was better placed than other economies with recent surpluses, low debt, and a planned infrastructure spend-up.

Robertson said the government had not had any advice that a recession was likely in the wake of the coronavirus.

BNZ economist Stephen Toplis said today that it was probable - not just plausible - that New Zealand's economy would enter a recession.

Robertson said he had been clear for some weeks that growth would be hard to find in the first quarter of this year.

But he said there had been no advice about a looming recession.

"I don't think we're in a position right now to alter the view that we have been given, which is that the New Zealand economy remains robust. We don't have that advice at this point. I also note that Mr Toplis in the comments that he has been making is also talking about if that were to happen, it would be shallow and we would come back quickly."