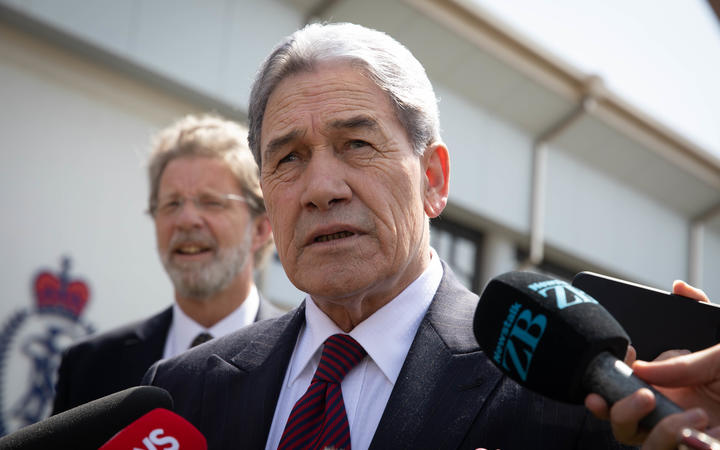 Speaking to the Taranaki Chamber of Commerce in New Plymouth today, Peters committed to the provinces by saying the regional fund "is a pre-condition in any future government formation".

The $3 billion fund was secured by New Zealand First as part of its coalition agreement with Labour.

Peters also outlined the party's immigration policy ahead of the election.

"The current immigration track must stop and only New Zealand First, with a stronger hand in 2020, can make this happen," he said.

"A vote for New Zealand First will see the permanent residency qualification raised from two to five years," Peters said.

"The introduction of a rural visa scheme, replicating successful schemes in Australia and Canada, that will apply to communities with fewer than 100,000 residents, and which will place into law an obligation for migrants to stay in their specified place of settlement until they have secured permanent residency.

"Not only does it distort our economy but in our view we make it too easy to become a New Zealand citizen."

Peters said the party wanted to lead a public discussion with voters about a population policy.

The discussion would examine what population growth is acceptable to New Zealanders to maintain and preserve their way of life, how long before a migrant should be granted permanent residence and what skills the country would most need and where they were most required.

Senior New Zealand First MP Shane Jones has been under fire for his comments about immigration policy, including telling the Indian community to "catch the next flight home" if they did not like it.

Most recently Jones said Indians had "ruined" academic institutions and there were too many immigrants "from New Delhi''.

Peters backed Jones' comments, saying he was only repeating what the Indian community itself was saying.

Peters also ruled out supporting any personal or company tax increases and has outlined its party's tax policy for the campaign.

He said New Zealand First would present to voters a mix of tax relief policies that would include:

"During this election year a debate on tax policy is likely to resume. What we don't support is clear,'' Peters said.

"We listened and said 'no' to a capital gains tax. Nor are we about to support any personal or company tax increases,'' he said.